Are Americans Losing Interest in Our Past? 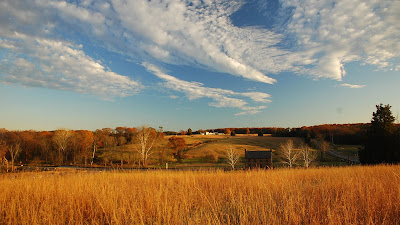 
Baby boom-era Americans piled into their station wagons and visited historic sites in such record numbers in 1962 that the National Geographic Society sought to capture the trend in a huge, colorful volume it called America’s Historylands. The book’s cover featured the colonial capitol in Williamsburg, Virginia, and showed men and women dressed up in tricorn hats and white bonnets, making an organic connection to the founding of the nation. Americans loved the houses, public buildings and battlefields that told the story of the nation, and the book spent 500 pages explaining the extraordinary attraction of these settings for families on their weekend sojourns.

Now, while families gather to celebrate the nation’s founding and President Donald Trump seizes the moment to bask in the historic aura of the Lincoln Memorial, many of the landmarks where that history was really rooted seem to have lost their allure.

Colonial Williamsburg, for one, reportedly draws about half the number of visitors it attracted in the 1980s, the last decade of the Cold War. Other iconic destinations also face flat or dwindling attendance; Civil War sites, once guaranteed to entrance the young, are among them. As a historical moment, Gettysburg will always be the high-water mark of the Confederacy, but the battle site happens to be at a 10-year low in numbers of visitors, and far below the levels it drew in the 1970s.

Even places that depict American ingenuity in a different way, such as by telling the story of flight, show signs of losing their claim on the imagination, with attendance at the National Air and Space Museum trending down over the last 10 years despite drawing far more foreign tourists than in previous decades.

Something else that Millennials are killing!

Seriously, interest in the old-school Patriotic version of American history is way down. Some people say that means we should put more emphasis on a woke version: women's rights, Civil Rights, slave rebellions, and so on. But actually people are not flocking to those sites either.

Is it because fewer people care about the past, or because people would rather experience it on video? Both?
Posted by John at 6:31 PM

Baby boom-era Americans piled into their station wagons and visited historic sites in such record numbers in 1962 that the National Geographic Society sought to capture the trend in a huge, colorful volume it called America’s Historylands.

You know what else they were doing in 1962? Traveling Europe. Traveling Asia. Traveling everywhere, especially places along the Hippie Trail. Etc.

It wasn't that American historical sites were so powerfully compelling that people were packing their bags out of the blue to go see them specifically. It's that travel was far, far cheaper and easier back then.

Jobs were plentiful and easy to get, so you could literally just quit your job on a whim to go travel for a few weeks or months on end, and find a new one without struggle when you got home. Cost of living was low, so people could afford to live off savings without worry - and they far more frequently had savings to begin with. Gas was cheap, motels were cheap, food was cheap, and cheapest of all was hitchhiking - a practice no longer possible both because of modern societal fears of strangers and modern laws which criminalize the act. This was also a time when the Interstate System was getting into full swing, and the infrastructure to actually travel the whole country was starting to come online.

Historical sites saw a rise in popularity because people were already on the road in mass numbers anyway, and there weren't as many competing forms of entertainment compared to today. Morover, other kinds of attractions also saw similar surges in popularity at that time - national parks, music festivals and concerts, new age religious or spiritual sites, etc.

Compare to today, where travel is expensive, finances are tight, and employment is tenuous at best. People can't just quit their jobs and spend two months hitchhiking a winding route from New York to LA, stopping frequently along the way to visit things like the world's largest ball of twine, or some poorly-maintained and even less well funded civil war museum or historic colonial farmhouse.

Millenials stay home because travel is a luxury they can't afford, whereas pictures on the internet are cheap and can be looked at while trying to wind down to go to sleep after getting home from your second job.

Also, coming back to this, not sure why this didn't catch my attention sooner...

Hey, Politico? Yeah, FYI, they have a term for that kind of American. Maybe you've heard of it? They're called "Baby Boomers", and have been for literally fifty five years now.