The Queen of the Inch 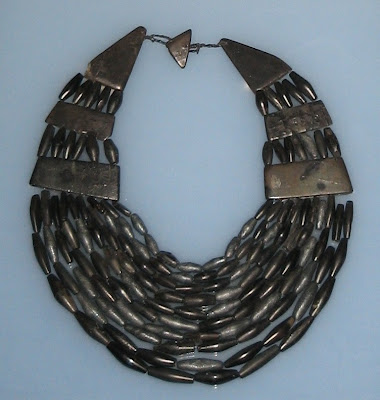 In the 1950s a tenant farmer on the tiny Scottish island of Inchmarnock hit a stone slab with his plow. This turned out to be the cover of a 4,000-year-old, stone-lined tomb. 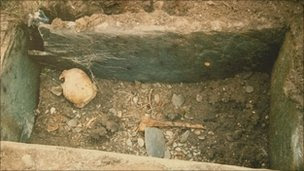 Within was a single burial, a middle aged woman who became known as the Queen of the Inch. She had only a few grave goods, but among them was a spectacular jet necklace (above). The queen was dug up, examined by archaeologists, then (in the 1960s) reburied. In 2006 she was dug up again so her bones could be studied using modern techniques, and last year she was reburied again. 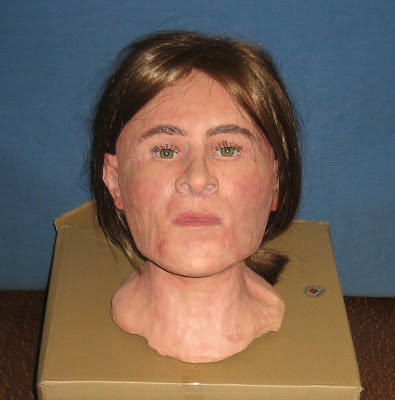 This time a reconstruction was made of her face, by the usual forensic method. Isotope analysis of the bones showed that she ate a mostly land-based diet, and that she probably grew up in the Scottish Isles.

Lord Smith of Kelvin, who owns the whole island, had this to say about the investigation and the reburial:

It right that she goes back. When you speak with the researchers and scientists, obviously they wanted her for a period of time. But I was always clear that once they had actually looked at her properly, because we all need to understand what her forebears were like and what they did and so on, she had to go back. It's where she belongs and it's where she was buried and that's where she's going back to, to rest for ever.