In Britain, Fights over Building Houses in the Countryside 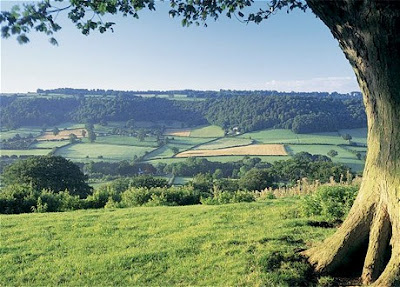 Britain's conservative government has just released a revision of the rules governing new housing developments that slims the code from over a thousand pages to 52 and drastically limits the ways local communities can oppose development. The result is a huge fight pitting land conservation groups -- which in Britain are often conservative in politics, led by Prince Charles and other titled characters -- against the country's need for new houses and new jobs.

“This is a densely populated country, and the people of Britain are deeply connected to every square inch of our landscape,” said Ian Wilson, head of government affairs at the National Trust. “Now there are people in government who are trying to use the planning system to stimulate economic growth, and we think that’s very wrong. You cannot put a monetary value on everything.”

The Telegraph has launched a Hands off Our Land campaign, warning that the reforms will "put a house in every field." Another article is headlined, "If Planning Reform is Rushed, it Will Ruin Britain."

To this Prime Minister Cameron replied, "take your arguments down to the job center." And England certainly does need more housing for its growing population, more than a million new units by some calculations, and more jobs. The only question is how many of the new units will be in American-style suburban tracts and how many in apartment buildings or townhouse blocks. Strictly speaking, Britain has enough vacant industrial properties around its cities to house everyone in apartments built on such sites. But that isn't where most British people want to live, especially since most of that vacant land is in older industrial centers like Manchester and Sheffield, not near the new jobs. And since the directors of the National Trust mostly live in big 18th-century houses, not high rises, there is some serious hypocrisy in their opposing houses for other people.

In the end this debate will probably be settled as it is in most places, with some rural areas covered in houses and others preserved. I hope the English can find ways to preserve some of their most scenic areas intact, rather than letting piecemeal development churn up half of every place. But in a world of ever rising population and constantly shifting employment, new housing is a necessity.
Posted by John at 5:53 AM