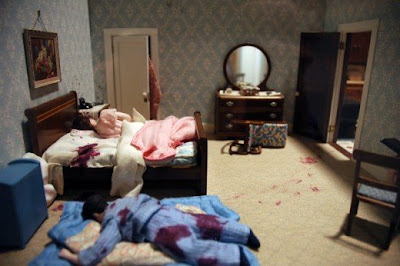 The Judsons family didn't make it through Halloween night, 1937. All the windows and doors were locked from the inside. . . .

From the documentary, Of Dolls and Murder:

Before forensics, DNA, and CSI we had dollhouses – an unimaginable collection of miniature crime scenes, known as the Nutshell Studies of Unexplained Death. Created in the 1930s and 1940s by a crime-fighting millionaire heiress grandmother Frances Glessner, the Nutshells helped homicide detectives hone their investigative skills. 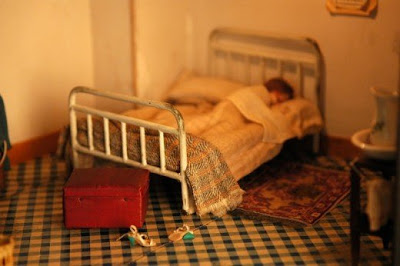 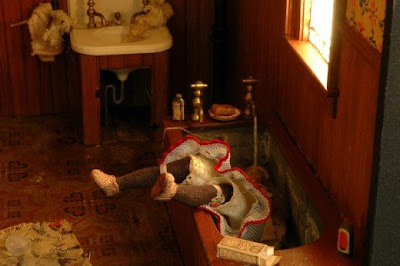 Around the boarding house, Maggie was known as a "good time girl" who never let a thing like epilepsy stand in her way. . . .

Retroscope has a nice collection of images.
Posted by John at 9:00 AM