The Steinhardt Collection of Looted Artifacts 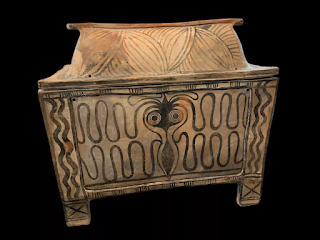 Michael and Judith Steinhardt have long been among the world's top collectors of ancient artifacts. They also have a long history of run-ins with the law, as various objects in their collection have been traced back to looting from archaeological sites. 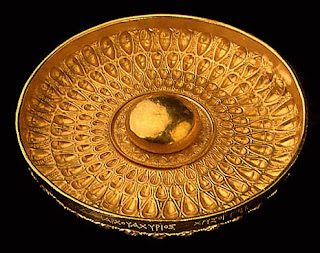 This gold phiale was seized from Michael Steinhardt by US customs agents back in 1995, and although Steinhardt tried to fight the case all the way to the Supreme Court he lost and it went back to Sicily. 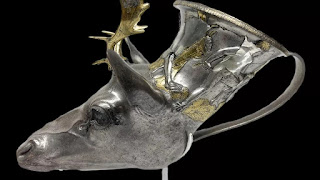 Now the Manhattan DA's office has seized a pile of 180 artifacts from Michael Steinhardt's home and office, said to be worth $70 million. They also got him to sign an agreement promising never to acquire any ancient artifacts again. I've seen some complaining online about how Steinhardt can be involved in thefts worth millions and do no jail time when poor people can be sent up for stealing food. There is something to that, but on the other hand it is almost impossible to prove that a collector like Steinhardt knew the objects were looted, and anyway there is a medieval saying that fits the case: poor man hanged by the neck, rich man by the purse. 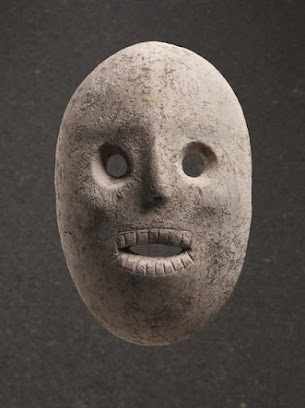 I wrote about the Steinhardts' collection of Neolithic stone masks back in 2014, noting that they were probably looted; they are among the objects seized by the Manhattan DA. 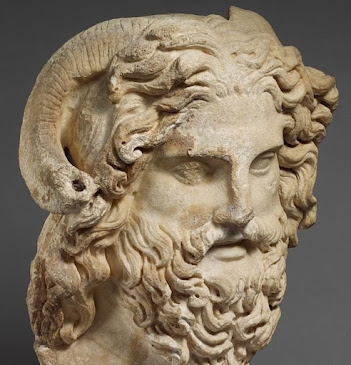 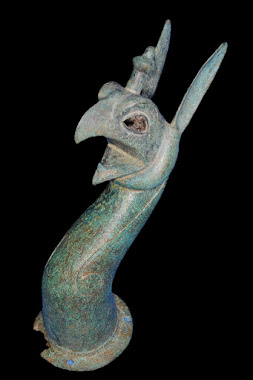 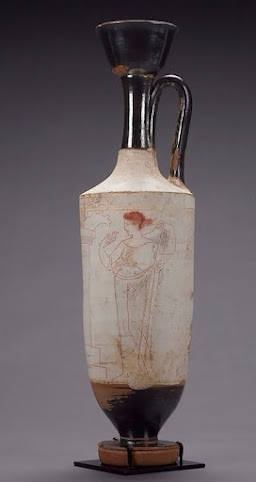 White ground lekythos, c. 420; this is my favorite kind of classical pottery. 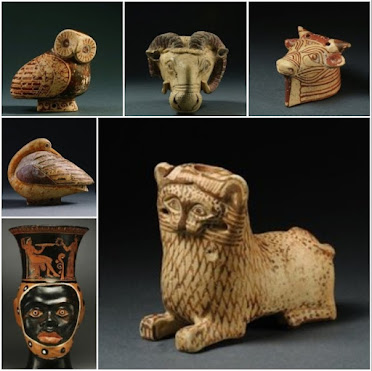 More bits of classical pottery. The Steinhardts are crooks, but they have very good taste.
Posted by John at 5:05 PM

there is a medieval saying that fits the case: poor man hanged by the neck, rich man by the purse.

So you're basically admitting that nothing has changed in a millenia regarding the rich getting away with crimes, yeah?

I suppose I wouldn't mind them being "hung by the purse" if we actually took it far enough. We take relatively small amounts of their money - but I say just take everything and let them have a taste of how the rest of the world lives. What could be a more fitting punishment for people who abuse their wealth than to lose it all and have to know what it is to live in poverty? They, at least, would deserve it, unlike the millions who are guilty only of being born into poverty.