Leather Scale Armor from Western China may be Assyrian 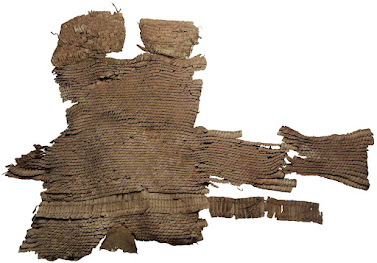 Back in 2013, Chinese archaeologists excavated the grave of a mounted warrior near Turfan in the desert northwest of the country. The warrior was buried with scale body armor made of hardened leather. A thorn found embedded in one of the scales produced a very vague radiocarbon date of 786 to 543 BC. 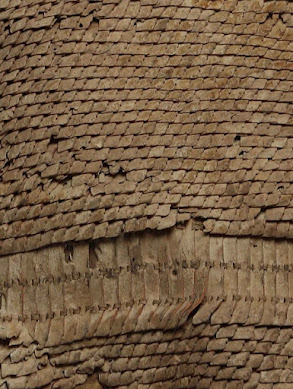 The armor eventually ended up in Switzerland to be studied by a team of experts. They have now announced that it was made in the Assyrian empire. Their argument is that it looks exactly like the armor shown in Assyrian carvings, and furthermore it seems to have been mass-produced and adjustable to fit a range of body sizes. If it was not made in the empire, they say, it must have been an exact copy of an Assyrian piece. They suggest that the armor might have belonged to a mercenary from the steppes who took it home with him – the Assyrians employed many mercenaries, including steppes horsemen – or perhaps it was captured by one of the empire's enemies.

I think all of this is a bit speculative, but it does add another thread to the connections between east and west Asia in antiquity, fascinating glimpses into hidden ties between civilizations.