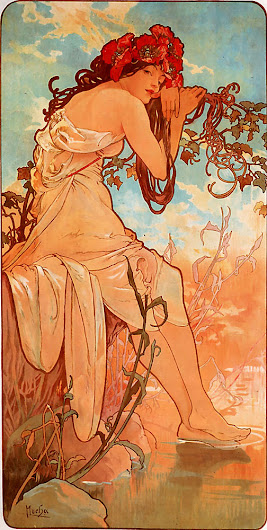 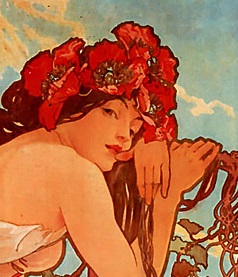 Alphonse Mucha (1860-1939) was one of the creators of what we call Art Nouveau, and one of the leading European artists of the era around 1900. He straddled the boundary between art and commercial design, and while he did a lot of oil painting he is best remembered for his posters. 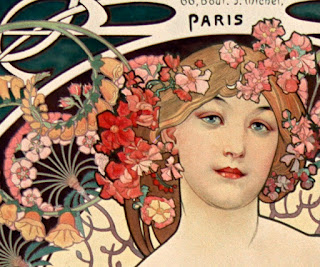 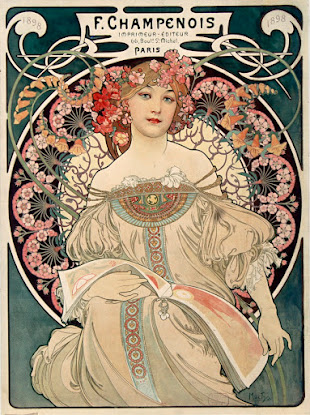 In the 1880s, new printing technologies made the production of colored posters affordable, and advertisers leaped to take advantage. They were willing to pay top dollar for designs by skilled artists, and a whole profession grew up to fill the need. Mucha, who moved to Paris from Bohemia in 1887, became this new profession's top practitioner. 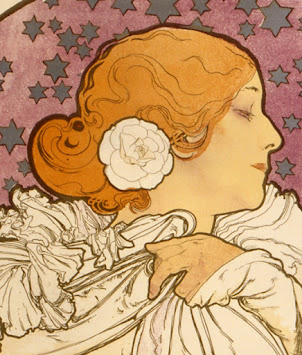 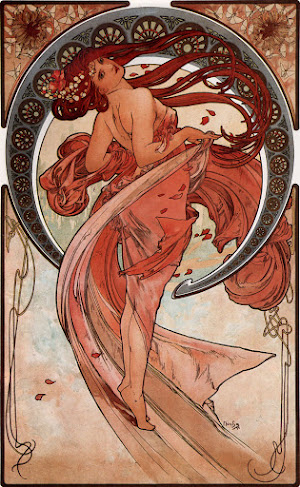 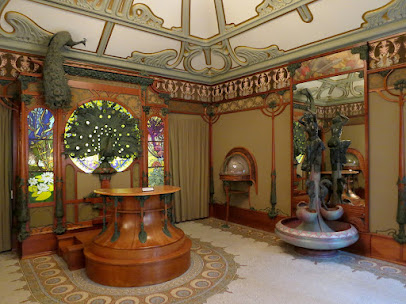 He also worked in three dimensions, designing jewelry, bathroom fixtures, storefronts, display counters for jewelry stores (above), theatrical sets, a whole world of objects. He was the perfect artist for the new world of mass production and surging wealth.

Although he throve in the commercial world of Gilded Age Paris, he also had a somewhat alarming array of political and spiritual beliefs. Reading about him reminded me of the poet Yeats, because both of them espoused a trunkful of different belief systems, not seeming to care that they contradicted each other. He was a Czech patriot, a devotee of pan-Slavism, and rose high in the ranks of French Freemasonry, devoted to reason and the international brotherhood of man. He was a Catholic who also followed Anthroposophy and various occult movements. His art was strikingly sensual, but he was personally something of a prude. (My post on his Slavic Epic is here.)

But his work is so lovely that I forgive him everything. 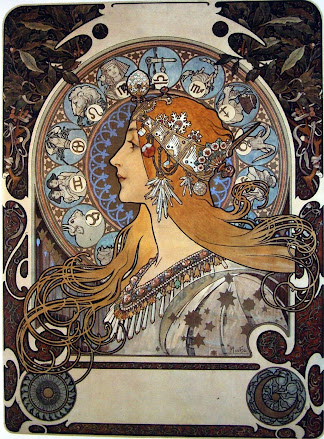 I love him too! Him and guys like Hingre (sp?) whp were quite succesfully emulating him