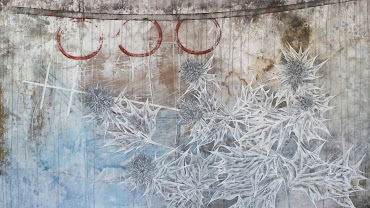 I discovered British artist David Campbell in a picture book about beautiful English town houses; one of those featured was his house and studio in York. I liked the house but my favorite part was the paintings on the walls, all his. The one above is either one of the ones in the book or a close cousin. (Eringium, 2016) 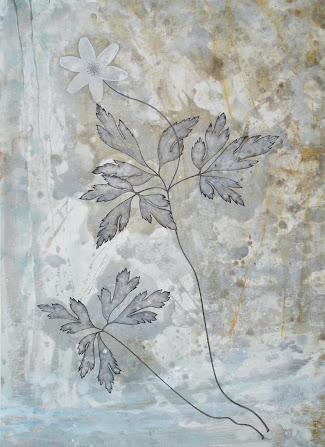 According to his web site, Campbell divides his time between York and a primitive house in a remote part of southern Greece. (Anemone Nemorosa, 2009) 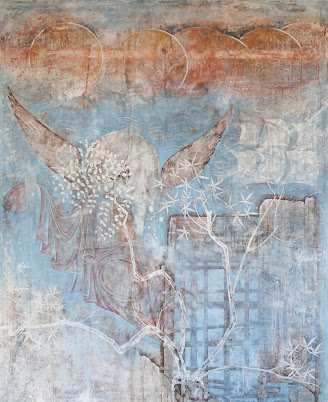 Agitrea, Our Lady Who Shows Us the Way (2018)
Instead of an artist's "statement" he has this:

Past work has been concerned with botanical forms, the flora and geology of a particular valley in the Yorkshire Dales and is now primarily inspired by the area around his home in Greece. Here, the iconography in medieval church paintings, the flora, the geological strata and the detritus of more recent history, have provided the inspiration for his work in recent years 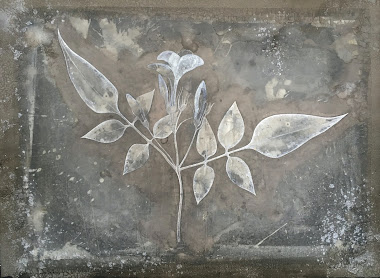 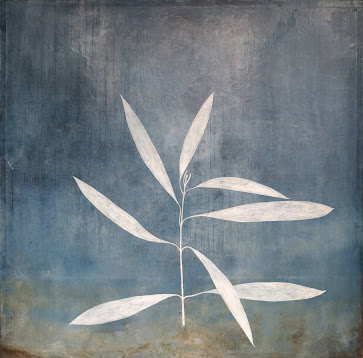 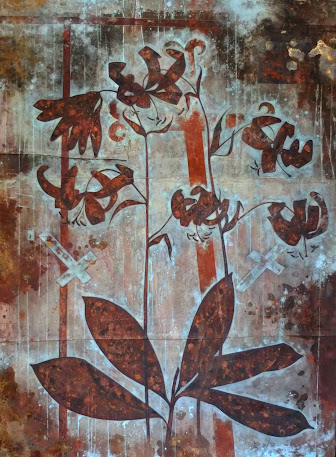 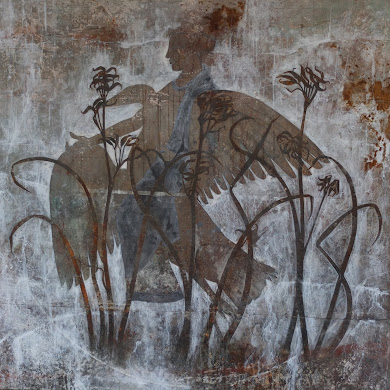 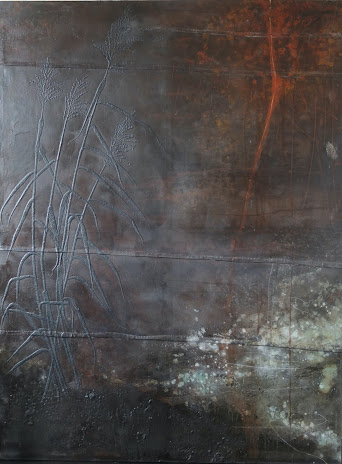