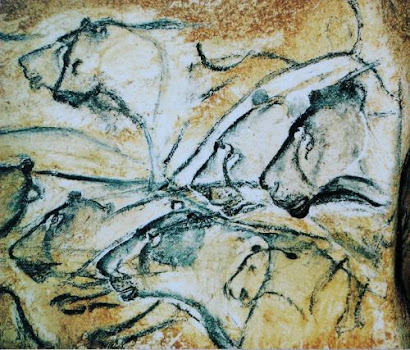 The trials and tribulations of growing coffee, and the attempt to breed more diverse and resilient strains.

Ingenuity is still flying around Mars, far outperforming NASA's expectations. More flying probes are in the works, including one called Dragonfly that is supposed to explore Titan.

Why is the ratio of administrators to teaching faculty at Yale the highest in the Ivy League? People offer a lot of answers in this story, from a top-down power grab to the growth of the hospital and the need to supply more mental health counselors. Interesting look at the issues surrounding the rising number of university administrators.

In Korea, wearing a track suit is seen by many as a symbol of low-class status and possibly of unemployment, which is probably why the producers of "Squid Game" dressed the competitors in them. (NY Times) Interesting parallel to sweat pants as a symbol of depression in the US.

Strange but interesting article about Freud, feminine hysteria, the cult of suffering that leads people to fake impoverished backgrounds and debilitating illnesses, strange "natural" medicine, and Ross Douthat's book on his Lyme disease.

Studying the huge ramp the Assyrians built in 701 BC to breach the walls of Lachish.

The vital importance of clean water for health: chlorinating the water for a sample of Kenyan villages reduced infant mortality by 63%.

In the recent New York mayoral election, the Republican candidate got only 29% of the vote, but he did best in heavily Asian neighborhoods and may have gotten an actual majority among Asian immigrants. The issues driving Asians toward the Republicans are fear of violent crime and attachment to the meritocratic education practices that are under attack from the left, like high school entrance exams. (NY Times) Neither Asian nor Hispanic voters are particularly progressive, and Democrats risk losing them if they run too far left.

Exciting if real: "In a new study, researchers administered a single injection to tissues surrounding the spinal cords of paralyzed mice. Just four weeks later, the animals regained the ability to walk."

Rich Londoners have been building down, adding basements with multiple levels underneath their very expensive town houses; hundreds of underground swimming pools, spas, theaters and so on have been built in the past 20 years. (6-minute video)

Vox round-up of anti-liberal thought on the right, people like Patrick Deneen who think that since democracy, freedom of speech, and freedom of religion have led to a godless, morally bankrupt nation, we may need to abolish them.

"people like Patrick Deneen think that since democracy, freedom of speech, and freedom of religion have led to a godless, morally bankrupt nation, we may need to abolish them."

"The key freedoms and principles that have always defined America are leading people away from, religion - the thing the Founding Fathers specifically and intentionally separated out from the state! The only way to save this country is to abolish democracy and freedom... which I guess means going back to a monarchy? Or maybe setting up some kind of theocratic government? Whatever, we'll burn that bridge when we come to it..."

Re tracksuits in Korea as being low-class and unemployed...

Re Dresiarz: thanks! Fascinating stuff.

Interesting that so many countries have similar concepts.

Of course, none of this new, nor limited to other countries.

Greasers might be remembered today as a sort of cherished cultural icon of the Baby Boomers, but they were reviled in their own time (in large part because the majority of actual greasers weren't white, despite pop cultural depictions being otherwise). Ditto for Zoot-suiters before them; and Ivy Leaguers wearing Oxford Bags and knickerbockers even before them.

No matter what country, no matter what era, the trending fashion choices of the urban youth subcultures are always derided by their elders and seen as evidence of lack of morals, a degradation of status or class, etc. Nevermind that when those elders were young, they were basically no different themselves. People just tend to be terrible at remembering what they were actually like as teenagers once they've gotten older and hit middle age.

In case of "dresiarz", those were not derided simply "by their elders". Dresiarze were universally laughed at by all other subcultures (and by people/youth who today would be labelled "normies"). Depesze (fans of Depeche mode), punks, nerds, all of them - actually all of _us_ - were making fun of dresiarstwo. I guess it would be more like making fun of "rednecks" in US.

FWIW, I wasn't much like a Dresiarz at all when I was a teen or twentysomething, and most kids I knew directly weren't like that either. My experience was that kids like that really were pretty mean and pretty happy about their ability to inspire fear in others, and that most other kids weren't like them. For better or worse, elders tended to approve of me and my friends. If they disapproved, it was because they were the sort of adult who didn't think we were Dresiarz-like enough; they preferred young people to be tough and mean.

It's interesting that John was referring to the track suit as a sign that a person is a loser, in the lazy, jobless, couch-potato sense. But the reference to dresiarz is something else: youth as dangerous thug. This, I suspect, is especially true in the British chava stereotype, which is related to soccer hooliganism. The two images are different. People make fun of baeksu (track suit-wearers in Korea) because they scorn them, but they make fun of soccer hooligans, to the extent they do, because they fear them.

Correction: the British term is chav, not chava.

@David there is something to that, too; but at least in Poland, the "lazy, jobless loser" and "dangerous thug" are not exlusive.

Which brings me something, only tangentially related to the question - @David, you mentioned dresiarze-like kids, as if you knew such people from your personal experience, I was raised in a small town in Poland, in state-built nightmate "blocks", and I knew all kind of people mixed in the same neighbourhood: drug dealers, thiefs, smugglers living next to inteligentsia children and enterpreneurs. I wonder how much this experience of class-mixing is exclusive to post-communist countries (as I've often heard implied by journalists, publishers etc) and how much was happening also in the west?

_nightmare_ blocks :D Though their true ugliness I have appreciated only when I moved out :D

I wonder how much this experience of class-mixing is exclusive to post-communist countries (as I've often heard implied by journalists, publishers etc) and how much was happening also in the west?

Go to any major city in America, and I guarantee you that you'll find lots of people who are afraid of the "urban youth" wearing hoodies and tracksuits - particularly when those individuals are of a different ethnicity from the fearful individuals.

There's plenty of "class-mixing" in western cities, and plenty of classism and racism as a result. The simple act of wearing "lower class" or "minority" related clothing elicits a whole range of (usually negative) responses from people of different kinds, and can in some cases even endanger your life. There's an instant suspicion of people wearing "the wrong clothing" - an automatic assumption of being "dangerous thugs" based purely on surface appearance. It's irrational and immoral, but it's also ancient and largely universal.

You mean you lived in the same house as people from other classes and had friends/collegues/acquaintances from different classes?

@szopen My upbringing was a pretty sheltered, cushy, suburban one, and there wasn't much class mixing. There also weren't many dresiarz-types in the sense that they wore fashions like that. There were kids who were mean and tough, at least mean and tough enough for me. I suspect real criminals could have eaten them for breakfast.

@David seems like my children today :D They had some class-mixing in grammar school, but not as much as I did - and they had not experienced the same wide range of friendship across different classes/millieus as I did. Quite a few of my childhood friends ("friends" in English sense of the word) ended in jail or dead.

Regarding underground building, I'm thinking shopping mall in the Luray caverns. Who's in? Just make sure we have backup power supplies. Lights out down under is a scary thing (and not to mention bad for the shins).

Having just learned what the Luray caverns are--yes, in the dark, ouch! I note (per Wikipedia, of course) that they were once used as a source of "air conditioned" cool air. Seriously, in a warming world, perhaps building underground makes sense.

Dragonfly won't launch until 2027? Hey, get the lead out. Some of us aren't getting any younger.