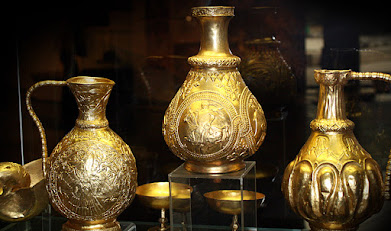 The Treasure of Nagyszentmiklós is a famous hoard of 23 early medieval gold vessels, in total weighing 10 kg (about 22 lbs). The hoard was found in 1799 near Nagyszentmiklós, then in the Kingdom of Hungary and now in Romania. The treasure is now in Vienna. 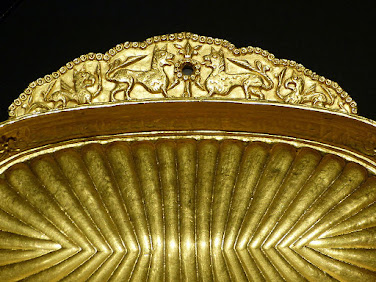 Once you get passed being awed by the array of gleaming gold, the fascinating thing about the treasure is the mix of styles and cultures represented. 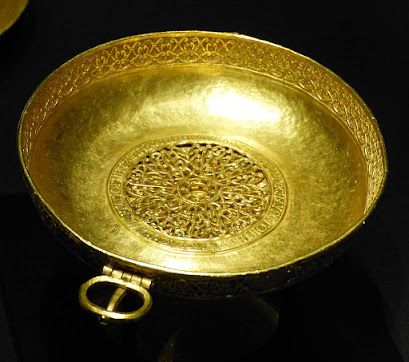 Some of the pieces look quite Roman, and indeed the Kunsthistorisches Museum says the "dominant influence" is Byzantine. 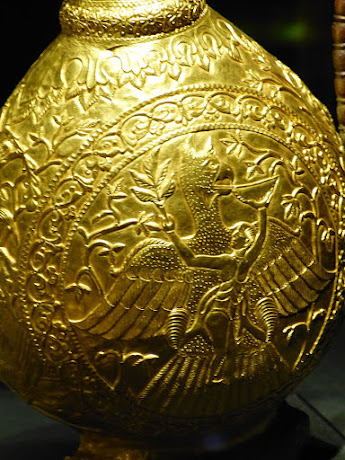 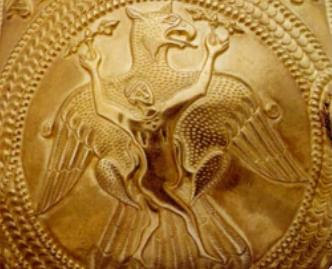 But then there are images like these. The eagle carrying away a human figure is a staple of central Asian art that appears from Mongolia to Hungary, as well as in India. The design is usually called Garuda, after the eagle that appears in Indian creation stories. 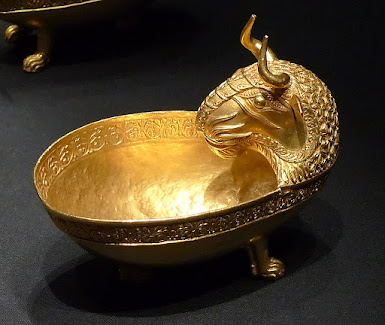 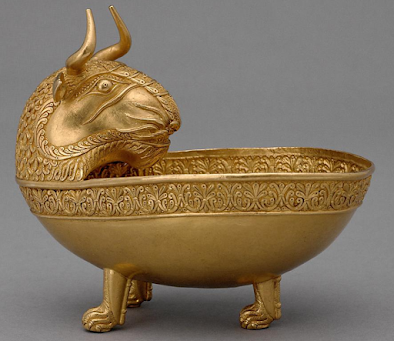 This piece is one of a matching pair that had an interesting history in the 19th century, when Hungarian nationalists insisted that they were emblems of Magyar royalty. These are called the Bull Bowls but as the KH points out, the animal is actually a hybrid of a bull and a lion. 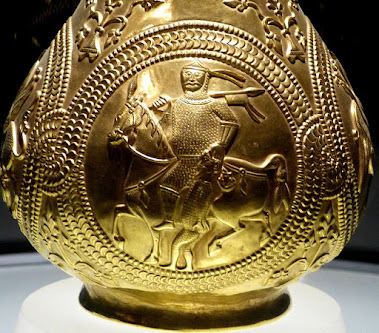 Here is the other very famous piece, with a drawing of the main scene. 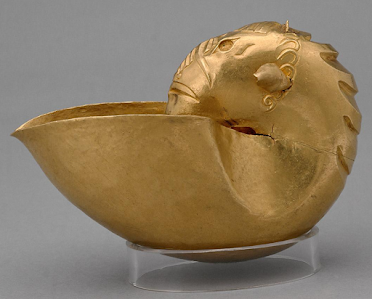 And here's something, um, weird. The Nautilus Ape-Monster Bowl, one might call it. 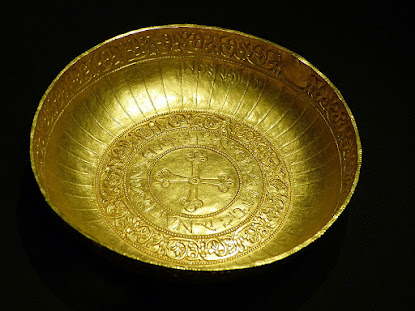 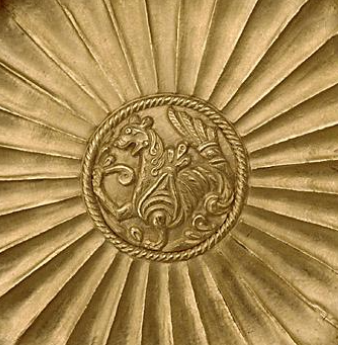 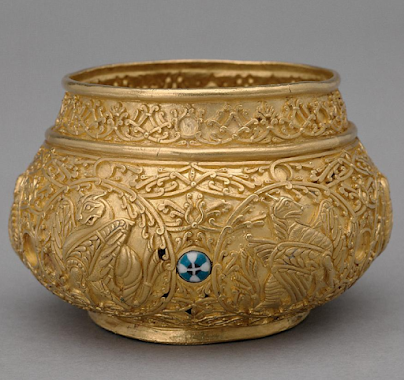 So where did this stuff come from? The standard line now is that the vessels were made over a long period, from the 6th to the late 8th century, and that the treasure was most likely assembled by the Avars who dominated that part of the world until Charlemagne's army smashed them. But opinions remain divided and there is pretty much no theory that somebody has not advanced. 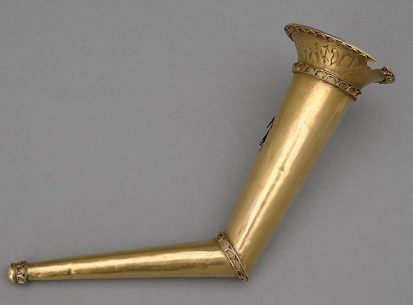 This golden drinking horn bears two inscriptions, one of mysterious symbols and one in Greek letters that has been transcribed like this:

The language is unknown, and even its family is in dispute. 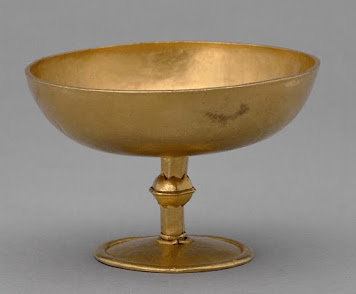 The government of Romania recently applied for these objects to be returned to Romania, to which the Austrians replied, "We don't know who made these but they sure as heck aren't Romanian, so get lost." So for now they remain in Vienna, where I saw them in 1985. 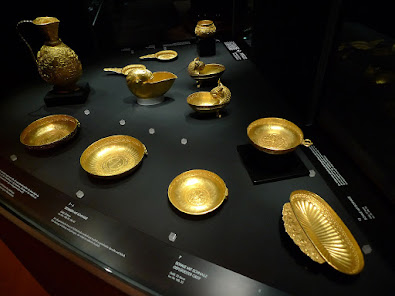 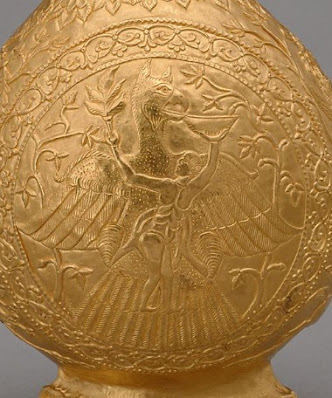 I see there's a debate about who collected this assemblage, but it's still pleasant for me to think that this was put together by, say, an Avar clan. The Avars are such an important but shadowy presence in the early Middle Ages, and it is pleasant to see this as the result of the Avars doing just the sort of thing they are said to have done: collected tribute and loot from everyone around them and stored it up over several more than a century. Who doesn't like a good barbarian, at least at the distance of, say, 1300 years?