The Myth of the Unread Masterpiece 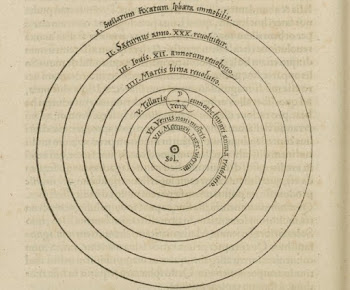 Once upon a time we believed in the Great Man Theory of History, which had a corollary in intellectual history I will dub the Great Book Theory: the genius scientist or philosopher published his Leviathan or Origin of Species and suddenly Everything Changed.

Then we got modern skeptics who said that's silly, intellectual change involves thousands of people talking to each other, making minor modifications, etc., and the so-called great men were not nearly so influential or original as we had been led to believe.

Which I think is true in a lot of cases; for example, I'm convinced Watson and Crick were only months ahead of several others in deciphering the structure of DNA.

But along with the dismissal of the Great Men came the argument, which I have seen dozens of times, that Great Books were not really so important or influential because actually hardly anyone read them. Two of the books of which this has often been said are De Revolutionibus, in which Copernicus argued that the earth goes around the sun, and Newton's Principia Mathematica. Back in 2004 a historian of science named Owen Gingerich wrote a book called The Book Nobody Read in which he showed that in fact De Revolutionibus was widely read in Europe, including by almost every practicing astronomer on the continent, and most of the surviving copies are full of annotations that show somebody read the text very carefully. There are even manuscript copies written out by hand by people who couldn't afford a printed book. It was hugely influential and converted hundreds of people to heliocentrism.

Now Caleb Scharf does the same thing for Newton, showing that Principia Mathematica's first edition sold more than 600 copies, and that most of Europe's top scientific and mathematical thinkers found a way to read one.

One thing I have seen in several dismissals of the Principia Mathematica is that it wasn't widely read because it was written in Latin, which is an absurd imposition of modern views on the 17th century. Schooling in the 17th century consisted almost entirely of Latin, and letters between scientists were usually written in Latin. By writing it in Latin Newton got a larger audience, not a smaller one.

I suppose the argument is partly about who you think was influenced by Copernicus or Newton. The average Enlightenment politician or writer (Benjamin Franklin, Adam Smith) had probably not read Newton. It was a technical book, intended for scientists and mathematicians. But a book can have a lot of influence among people who have never read it; one example that comes to mind is Sigmund Freud. Newton completely convinced all the scientists, and the other thinkers, even if they were not scientists themselves, had friends who were, and thus Newton's clockwork universe entered the zeitgeist.

Which brings me to a skeptical exercise we might all employ more often. When somebody tells you, say, Newton wasn't really very influential, nobody read his book, ask yourself, "How can that possibly be true? Doesn't it require something vastly more complicated and unlikely than just assuming that everybody has heard of Newton because somebody read his book and admired it?"