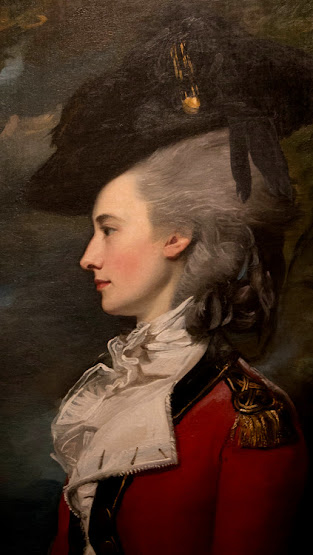 Charles Blow, who recently moved from New York to Atlanta, calls on black Americans to make a reverse Great Migration back to southern states where they make up enough of the population to wield real political power. (NY Times)

There isn't any good way to measure whether feelings of victimhood are rising or falling, but Kevin Drum says the data he can find show little change over the past 20 years, and maybe a small decline.

American painter Erin Hanson, an impressionist I wrote about in 2018, is featured in a MyModernMet "Top Artist" podcast. Imagine, someone who paints pretty pictures I like hailed in New York as a top artist. What has happened to the modern world?

Kevin Drum explains how Fox News can turn anything into a scary story about liberal threats to white people.

List of 30 famous missing "treasures", from the Ark of the Covenant to the first hour-long feature film. Uneven but better than you are thinking from the clickbait title, and all on one page.

NY Times: "The interviews with Trump voters suggest that even his assault on the most bedrock norm of American democracy — the peaceful transition of power — may still not bring about mass defections."

Vox looks into which health care workers are refusing the Covid-19 vaccine and why.

A detailed theory of what happened on January 6, from Trump's planning to the Capitol falling.

The archaeology of Caligula's pleasure garden in Rome, the Horti Lamiani. (NY Times)

Murals and figurines from a Tang Dynasty Tomb

"The interviews with Trump voters suggest that even his assault on the most bedrock norm of American democracy — the peaceful transition of power — may still not bring about mass defections."

Anyone who is remotely surprised by this either hasn't been paying attention, or has been deluding themselves into false hope.

I've said it before. I will say it again. These people are psychopaths.

There is no price they will not pay to have their way, no level to which they will not stoop, no evil they will not commit if they believe they can get away with it. If they thought they would be spared consequences for it, they would slit your throat for disagreeing with them without a second's hesitation.

They fervently believe in utterly insane notions. They are unswayed by facts or reason. Their every argument is made in bad faith. They are delusional, emotional, violent, sadistic, cruel, malicious, zealous, fanatical, bigoted, and dangerous. There is no common ground to be found with them - even if for no other reason than they have zero interest in finding any. They will lie, cheat, steal, murder, and betray anyone to get their way, so long as they think no one will stop them.

"I tell you, Winston, that reality is not external. Reality exists in the human mind, and nowhere else. Not in the individual mind, which can make mistakes, and in any case soon perishes: only in the mind of the Party, which is collective and immortal. Whatever the Party holds to be the truth, is truth. It is impossible to see reality except by looking through the eyes of the Party."

“Now I will tell you the answer to my question. It is this. The Party seeks power entirely for its own sake. We are not interested in the good of others; we are interested solely in power, pure power. What pure power means you will understand presently. We are different from the oligarchies of the past in that we know what we are doing. All the others, even those who resembled ourselves, were cowards and hypocrites. The German Nazis and the Russian Communists came very close to us in their methods, but they never had the courage to recognize their own motives. They pretended, perhaps they even believed, that they had seized power unwillingly and for a limited time, and that just around the corner there lay a paradise where human beings would be free and equal. We are not like that. We know that no one ever seizes power with the intention of relinquishing it. Power is not a means; it is an end. One does not establish a dictatorship in order to safeguard a revolution; one makes the revolution in order to establish the dictatorship. The object of persecution is persecution. The object of torture is torture. The object of power is power. Now you begin to understand me.”

“There will be no curiosity, no enjoyment of the process of life. All competing pleasures will be destroyed. But always — do not forget this, Winston — always there will be the intoxication of power, constantly increasing and constantly growing subtler. Always, at every moment, there will be the thrill of victory, the sensation of trampling on an enemy who is helpless. If you want a picture of the future, imagine a boot stamping on a human face — forever.”