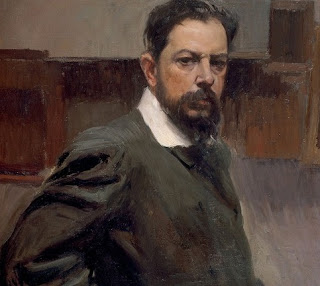 Joaquín Sorolla (1863- 1923) was a Spanish artist who was much influenced by French Impressionism. He was born into an artisanal family, but both his parents died of cholera when he was two years old. He and his sister were thereafter cared for by their maternal aunt and uncle, a locksmith. 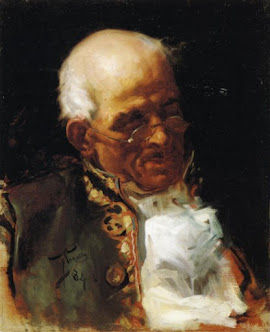 Despite coming from a modest family Sorolla shot  up through the Spanish educational system, studying in Madrid and then winning a four-year fellowship to study at the Spanish Academy in Rome. He then went to Paris where he spent three years soaking up the atmosphere and studying more modern techniques. 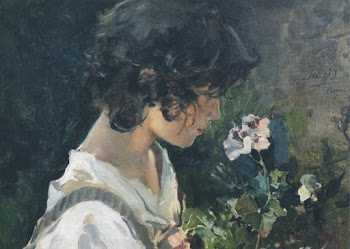 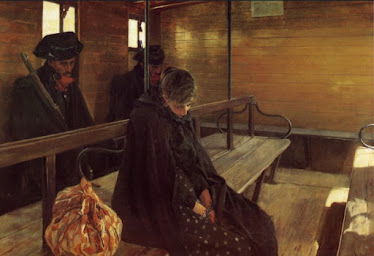 His first major success was with this painting, Another Margarita of 1892, which took a prize at the Columbian Exposition in Chicago. It depicts a scene Sorolla said he had witnessed, two policemen escorting a female prisoner to her trial. Margarita was a slang term for prostitute and more broadly any fallen woman. 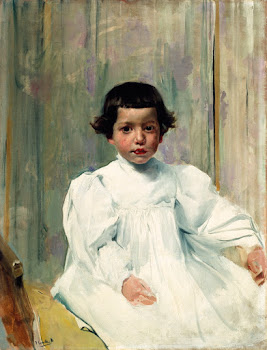 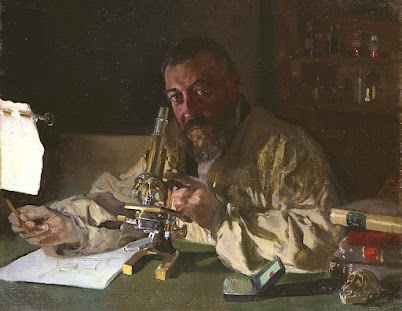 Sorolla's portrait of Dr. Simarro was one of a series he did in 1897 of medical research. 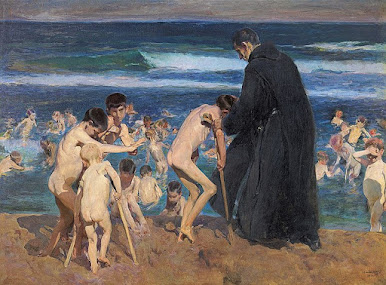 The painting that really made Sorolla famous was this one, Sad Inheritance (1899), which won the grand prize at the 1900 Grand Exposition in Paris. Some sources say the boys are victims of polio, while others point to the title and think they suffer from hereditary syphilis. John Singer Sargent owned a preliminary sketch of this painting. Interestingly this was the last painting Sorolla did with an overt social theme. Could it be that he did not enjoy the kind of attention he got for it? 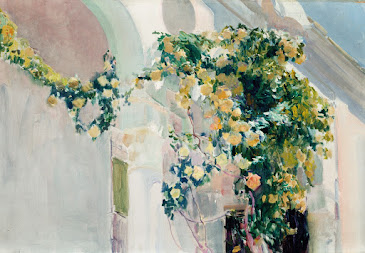 Instead of following up on the success of Sad Inheritance, Sorolla went back to painting pretty things, like several renditions of this rose bush at his house. 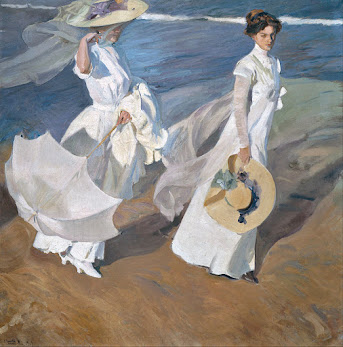 And a long series depicting elegant people at the beach. This is A Stroll along the Shore, 1909 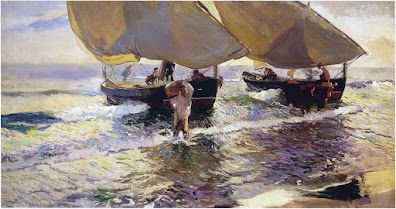 The Arrival of the Boats 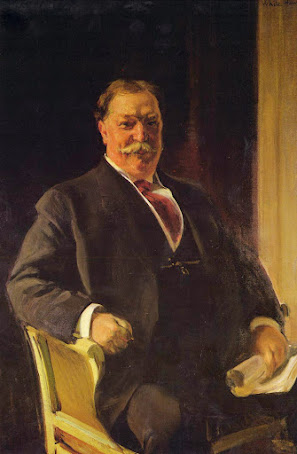 I love this portrait of President William Howard Taft, 1909, which I think captures the bonhomie that was his distinctive trait; he seems to have been the nicest guy ever to rise to the heights of power in America. 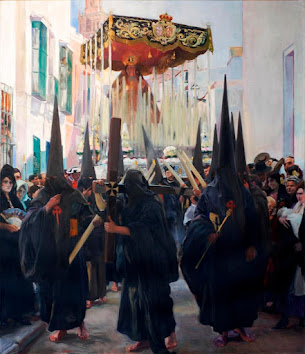 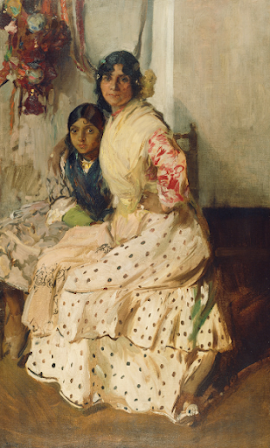 You missed ¡Aun dicen que el pescado es caro! And a few others....