Neolithic Chile was a tough place 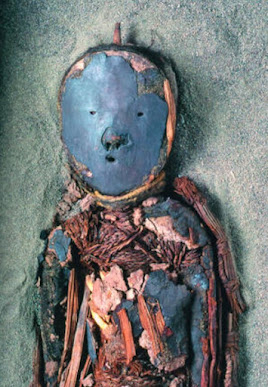 Archaeologists examined 194 well preserved skeletons and mummies from coastal Chile, a dry desert where people lived by fishing and irrigated agriculture. Of these, 40 had signs of injuries "consistent with interpersonal violence," and half of them died from wounds. Which is a pretty high total, higher for example than Viking Iceland. 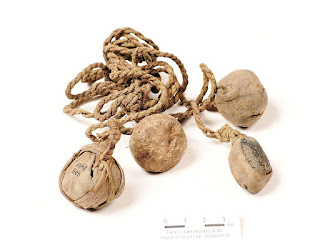 Bola, preserved in the dry desert; some of the head wounds might
have been caused by weapons like this.

They also examined an earlier, pre-agricultural population, and they found that while the fisher-gatherers experienced a similar level of interpersonal violence, very few of them died of wounds. So they beat each other up, but not fatally.

We are a violent species.

Coastal Chile - were they from the region where Mapuchi lived, that tribes which couldn't be conquered by Spaniards?