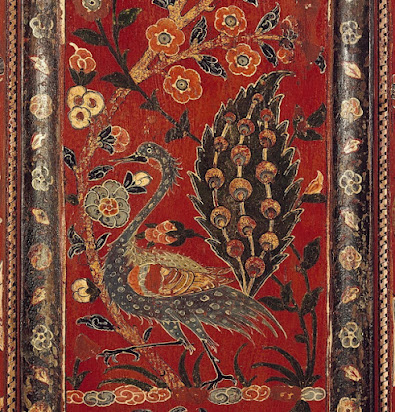 Hilarious 90-second Nike commercial from 1996, featuring a soccer game against the legions of hell.

Which I discovered from this essay examining the rise of the woke corporation, seen through Nike ads.

Planning for the coming wave of discarded, worn out electric car batteries.

Astonishing scenes in the aftermath of flash flooding in Waverly, Tennessee, where a storm dropped 17 inches of rain in 24 hours, a new state record: ABC, CNN, and drone footage from "Live Storm Media". FEMA is one of my clients, so I spend a fair amount of time perusing disaster recovery footage, and this is extraordinary. Whenever you see storm footage, look at the topography; a lot of what the news shows is water on floodplains, which are supposed to flood. But in Waverly the flooding extended way beyond that.

At the Smithsonian, photographs of East Baltimore in the 1970s.

Compared to single-use plastic bags, "An organic cotton tote needs to be used 20,000 times to offset its overall impact of production." (NY Times) The most thorough study I have seen says that if you can use a regular plastic bag twice, that beats any conceivable re-usable bag in terms of CO2 production and overall environmental impact.

Oft-cited study arguing that you can get people to be more honest by asking them to sign a promise at the top of their reporting form, rather than the bottom, turns out to be a complete fraud. I suppose the journal didn't demand that the authors sign at the top.

Interesting article on how US National Park Service policy toward wild animals has shifted over time, focusing on Yellowstone's famous elk herd.

Professional critics who give even slightly negative reviews to hot movies or tv shows are sometimes savagely vilified online. B.D. McClay astutely points out that this represents a collision of professional reviewing with fan cultures, within which a positive attitude toward the material is assumed. Sometimes it seems to me that fandom has become the most powerful cultural force in America; my children often say things like "fandom has to die."

The fashion we called "preppy" in my youth is back under the name "old money aesthetic."

New museum of astronomy in Shanghai by Ennead Architects, cool but looks like all the other recent big museums.

If you could quit your job and earn your living from your hobby – say, ceramics – would that be a good thing?

A judge in California has ordered UC Berkeley to freeze its planned enrollment growth until it completes a full study of the environmental impact. This is under California law; California's environmental protection law, if taken literally, can be applied to just about anything, and is one of the tools NIMBY-ists have used to block many developments.

Freddie de Boer, an education expert who is very far left, says there is no relationship between spending and educational outcomes in US schools, so spending more money will not close educational gaps. (He thinks a socialist revolution would help, but he doesn't get into that here; anyway he thinks the problems are rooted in our society, not in our schools.)

Richard Hanania asks what our failure in Afghanistan says about the "expertise" of western political scientists, given that our Afghan crew was full of Ph.D.s  who had authored books called "Fixing Failed States" and the like.

Josh Marshall attacks the press over its Afghanistan coverage: "the lightning collapse of the Afghan Army and the Afghan state, far from making me question the decision to withdraw, has removed any doubt in my mind that it was the correct one."

In the same vein, Ezra Klein attacks the "incompetence dodge": "There was no good way to lose Afghanistan to the Taliban. A better withdrawal was possible  — but so was a worse one. Either way, there was no hope of an end to the war that didn’t reveal our decades of folly, no matter how deeply America’s belief in its own enduring innocence demanded one." (NY Times)

Adam Kirsch: "High culture now functions like a counterculture, entailing a conscious act of dissent from the mainstream."

New museum of astronomy in Shanghai by Ennead Architects, cool but looks like all the other recent big museums.

Why is it looking like other recent big museums a problem, if I may?

Look at any other major constructions in history where aesthetic was a major point of interest. Would anyone claim that all the Romanesque churches of the High Middle Ages look too much like each other? Or the Gothic cathedrals of the Late Middle Ages? What about Buddhist stupas? Or the government offices and civic buildings of Regency England?

What is it about most contemporary museums all fitting into the same sort of style that bothers you? Is it the fact that fashion trends have become global, rather than merely regional? Because as far as I can tell, that's the only significant difference between the way modern and historical architectural trends play out. A style becomes popular, nearly everyone follows it for anywhere from a few decades to a few centuries, and then it eventually becomes supplanted by something else, often in conjunction with some notable shift in politics or culture. It's just that today, when a style becomes dominant, it spans the globe, rather than being restricted to a certain nation, empire, or sphere of influence.

"Compared to single-use plastic bags, "An organic cotton tote needs to be used 20,000 times to offset its overall impact of production.""

John is one of many who clearly delight in reciting this sort of finding. I always wonder what we (the audience) are supposed to do with it. Here are three things that come to mind.

1) Find the nearest liberal, recite the statistic, and then point at the liberal and bellow, "OWNED!"

3) Ask Scott Alexander to quantify the psychological distress experienced when all those single-use bags pile up, tribble-like, in some back closet, and then someday explode outward when after that magic nth trip to the supermarket. Ask him to factor this into the 20,000 times statistic and watch the number of times you need to use a cotton tote decline. Find the nearest conservative and . . . you know the rest.

I use reusable plastic bags, which are much less environmentally harmful than cotton ones. Single use plastic bags are probably still better in terms of energy consumption, but I hate them for all the reasons David suggests.

But I think it is important to fight nonsensical ideas passed off as environmentalism. The number of companies giving away organic cotton tote bags with their logos is so large now that they have become an environmental problem, and if we can mock them into stopping that would be good.

Likewise corn-based Ethanol, grain-free dog food, hunting bans, and thousands of other bad ideas passed off as environmentally positive. I don't see anything wrong with mocking them all.

@G - I don't like it that the big new museums all look the same because I dislike modernism. In every other art form, we have a diversity of styles: music, painting, sculpture, film, home decor. In every other art form, ours is the age of "let 10,000 flowers bloom." But not in architecture. Architecture is all modernism. I don't begrudge people who like modernism their buildings. But why isn't anyone, and I mean anyone, building big new public buildings that I like?

I think perhaps the answer lies in how architecture differs from the other things you listed as examples.

People can easily choose whether or not they want to listen to a given piece of music, or look at / own a given painting or sculpture, or watch a given film, or fill their house with a given piece of home decor. But that same freedom of choice doesn't exist with public buildings and monuments.

Music, painting, sculpture, film, home decor - those all exist on a scale suitable for individual consumption. But sports stadiums, art museums, government buildings, et cetera, do not. They are massive projects that must be built in a singular and fixed form that is believed (at the time of construction) to appeal to the largest number of people overall, because there simply aren't resources to create very many of these things.

You can choose from hundreds of thousands - nay, many millions - of songs to listen to at home in your own time. But you can't choose from even half a dozen different public buildings of a given purpose unless you live in one of the very largest cities on the planet.

And even if you could have more choice, the criteria for choosing are themselves fundamentally different. You don't choose which museum you want to visit based on the architecture of the building - you choose based on the actual contents of the museum: which exhibits are present that you want to see, which you can ONLY see in that location, because that is where those things exist. Likewise, you don't choose which sports stadium to visit based the architecture of the stadium - you choose based on which teams you want to see playing, and you go to whichever stadium they are playing in on any given day: you wouldn't visit your local stadium on a day when no teams are playing, simply because you prefer the architecture.

I very much can relate to the frustration of being in a minority of taste and feeling that there are just too many examples of the things which I don't care for, and so few of the ones which I do like. But the simple fact is that when in comes to architecture, because of the sheer logistics involved, the majority taste always wins, and wins overwhelmingly. It's one area where the minority opinion just has to accept the loss.