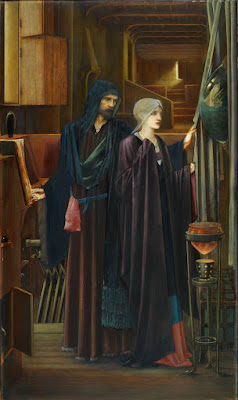 The Birmingham Museum has among other things a wonderful collection of the Pre-Raphaelites. See, the museum was funded by industrialists and many of their works came from the collections of those industrialists, and nineteenth-century British industrialists loved the Pre-Raphaelites. It's the sort of thing that drives ideologically-minded artists crazy: the more they attack the elites of their time, the more those elites love them; the more they attack destructive technology, the more the makers of that technology pay for their works. Anyway the museum has a vast collection of stuff by Edward Burne-Jones, from famous paintings to bric-a-brac like drapery studies.  Above, The Wizard, 1898. 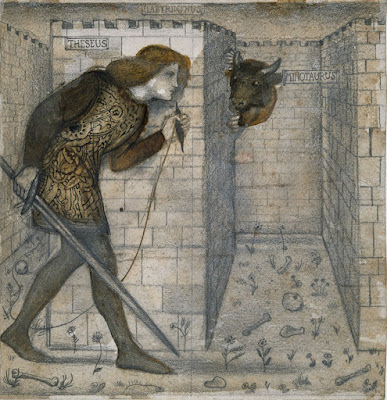 Design for a tile done in 1861, when Burne-Jones was working for William Morris's shop. 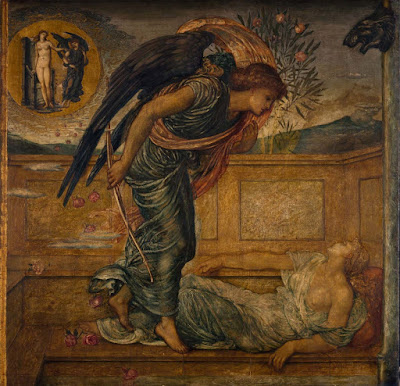 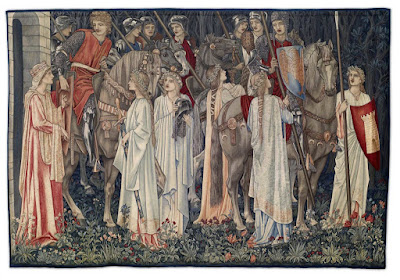 Quest for the Holy Grail Tapestries, Panel II, the Arming of the Knights, 1875 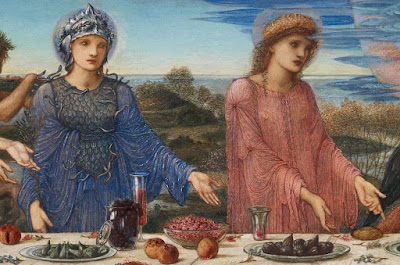 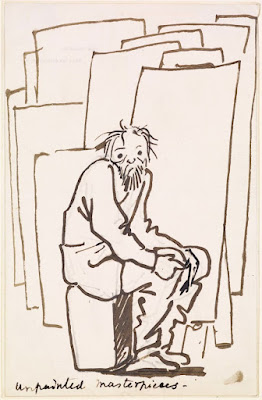 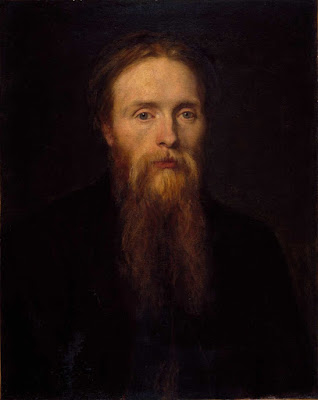 And a portrait of Burne-Jones by George Frederic Watts, 1870
Posted by John at 2:29 PM

Am I missing something here? I always understood the Pre-Raphaelite movement to be criticizing change that had occured in artistic style over the previous three centuries - not change in technology that was occuring in their own era.

If they were attacking any elites of their time, surely it was the art establishment that championed the artistic styles they disagreed with? If a bunch of wealthy business magnates liked and bought their art, isn't that the very definition of a victory over the establishment?

The Pre-Raphaelite movement overlapped with the Arts & Crafts movement and John Ruskin was one of their inspirations. They hated everything modern, not just the art.

Curious - I actually did some poking around in a variety of online sources, and I couldn't find anything which talked about anything other than their rejection of contemporary art styles.

Did I get unlucky, or is the bulk of the discourse online just narrowly focused on only one aspect of the movement? Do I need to get into a library once they open up again and dig up some books? I'm certain I could wander down a deep rabbit hole and get into the weeds on this, but I'm less interested in the Pre-Raphaelites themselves and more interested in figuring out how and where my own understanding (or the many general sources where I gleaned my understanding over the years) diverged.

I did always associate the Pre-Raphaelites with the 19th century trend toward Romanticism, but I never really associated it with the more extreme Luddite-esque end of the spectrum of being strongly against industrialization itself.

As for the Arts & Crafts movement, that I always differentiated because it occured so much later on, at a time when mass production was so much more advanced and hand-crafting was directly threatened with "obsolesence". They weren't criticizing the entrenched art establishment of their day so much as they were trying to remain relevant in a time when they faced extreme competition against mass produced goods.