Isla Jaina is a small limestone island on the Yucatán Peninsula's Gulf coast. You can walk to it at low tide. The name means "Water House" in Maya, "House" here probably in the sense of "Temple," since that was the most common word for a temple. 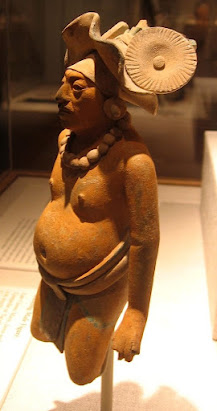 Isla Jaina is famous because for more than 300 years it was the site of a burial ground for the Maya elite. Islands were considered propitious burial sites because the Maya, like many Native American peoples, imagined the underworld as a watery place. (Which is why amphibious animals like otters were often thought of as spirit guides, and frogs might be messengers from the beyond.) 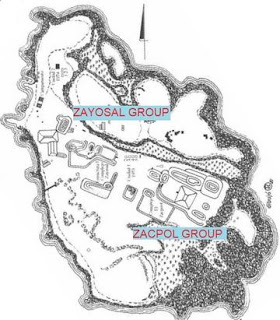 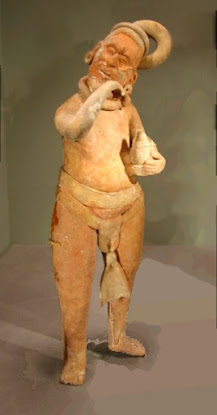 The most famous thing about the burials is that each contains at least one ceramic figurine, some of them wonderfully made. The figurine was almost always on the corpse's chest, sometimes held in the hands. They are between 10-25 inches tall (25-65 cm). Some have removable headdresses and articulated limbs. Some are whistles; usually just with one tone, but a few have finger holes, allowing them to play tunes.Figurines like this one, with its distinctive facial scars, have caused speculation that some of these were portraits of the deceased. 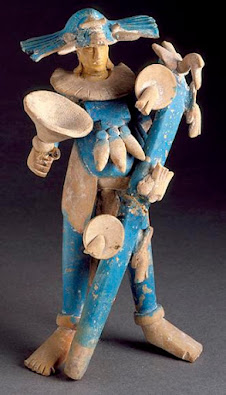 Paint survives on quite a few. Wonderful little glimpses into the Maya world. 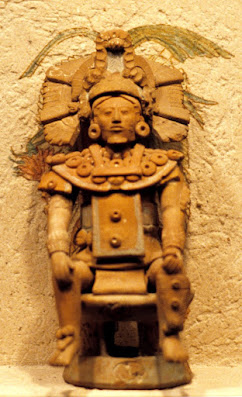 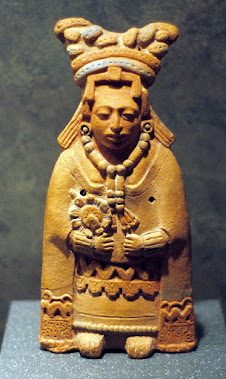 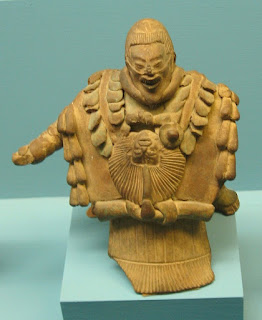 THose are really impressive pieces of art!