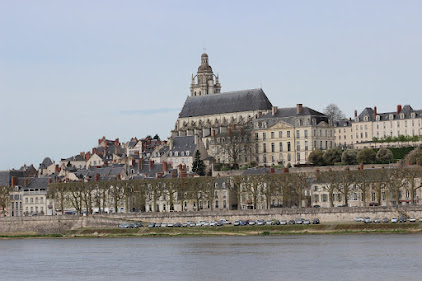 Blois is an ancient town on the Loire River in central France. 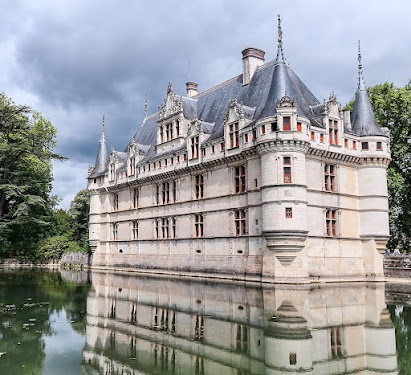 Most people who visit are on tours of the famous chateaux of the Loire Valley, an amazing collection of Renaissance palaces. The building of these got started when Henry V of England conquered northern France in the early 1400s, forcing the French court south to the Loire. Even after they retook Paris French kings continued to spend a lot of time in Blois, Tours, and nearby country retreats. It was not until the time of Louis XIV that French royalty mostly abandoned this region. 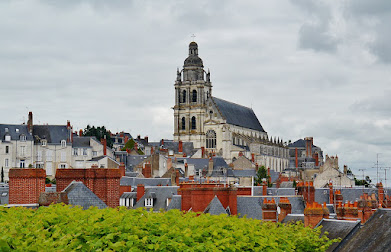 The old town of Blois, as you will see, is very much a monument to this time: the place may be much older, but almost all the old buildings you can see were built between 1450 and 1700. It therefore has very much the look of the early modern period. 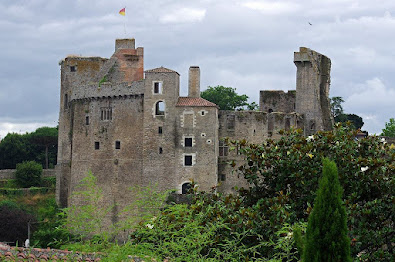 There is one major remnant of medieval Blois: the Tour-Beauvoir. This was the keep of a 12th-century castle that was later incorporated into the walls of the growing town and then used as a prison in to the 19th century. 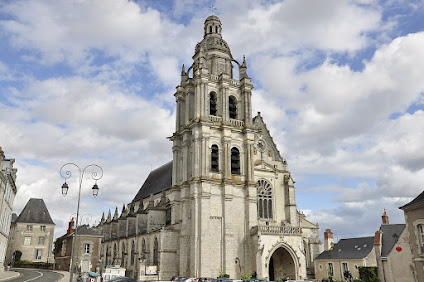 Blois has an impressive cathedral, but except for its foundations little of it is medieval; construction of the current facade and bell tower began in 1544. You can see how the lingering Gothic of the late middle ages got mixed up with Renaissance neoclassicism. 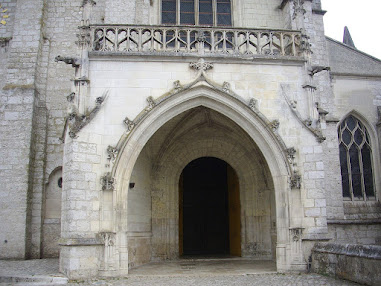 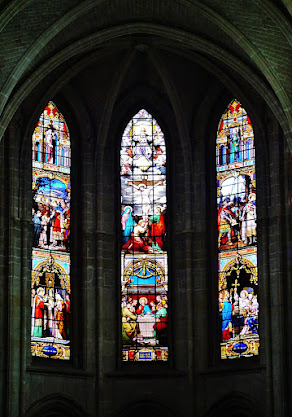 The structure suffered heavily in the 16th-century Wars of Religion, when Calvinists broke most of the windows. So most of the details you can see date to the 17th century and later.

But it is for palaces, not cathedrals, that the Loire Valley is known, and this is equally true in Blois. The royal palace here grew over the years, as you can see, a series of monarchs each adding his own touch. 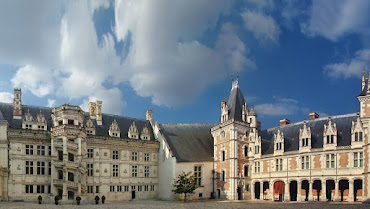 Here you can enter the world of The Three Musketeers, of kings like Francis I and Henry IV, of queens like Marie de Medici. 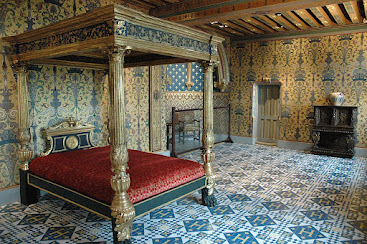 The king's bedchamber, as established under Francis I, with Henry IV's bed. 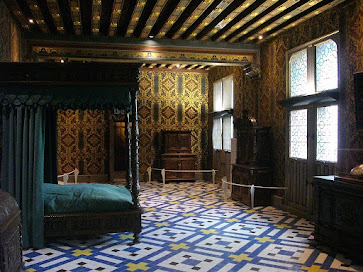 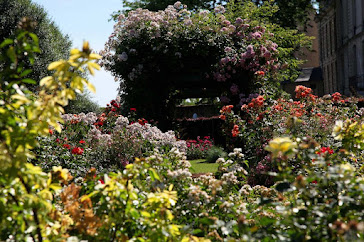 The palace has famous gardens, including a rose garden. 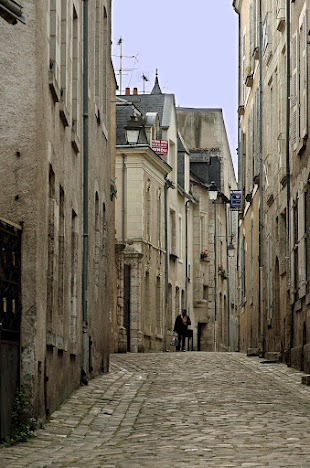 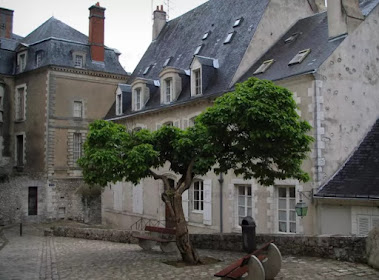 But what really drew me to Blois was these images of the streets in the old town. Many of the houses here date to the 1500s and 1600s. The gray stone buildings and gray stone pavements speak to me of a the past, especially when photographed under the gray skies so common along Europe's Atlantic fringe. 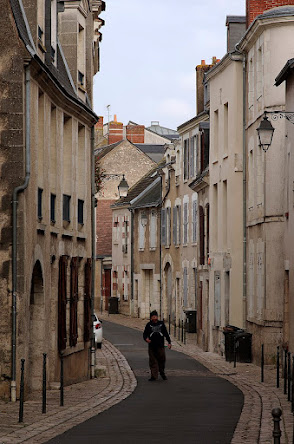 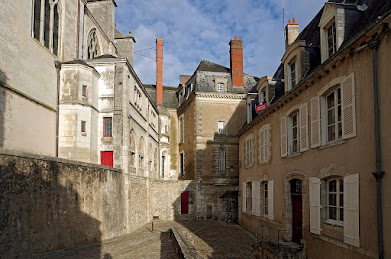 I imagine merchants and their wives in black cloth and starched white ruffs, gentlemen and ladies in blue and red. I hear horses' hooves, rattling wagons, the voices of market sellers, criers, stevedores, and beggars. 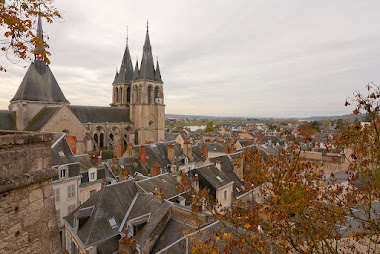 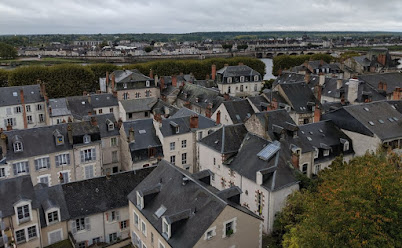 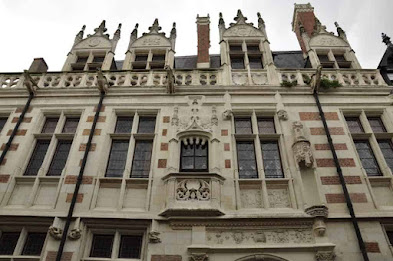 I wish I were there, hearing the footsteps of the Ancien Regime echoing off the stones around me. 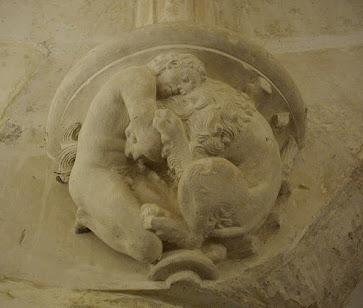 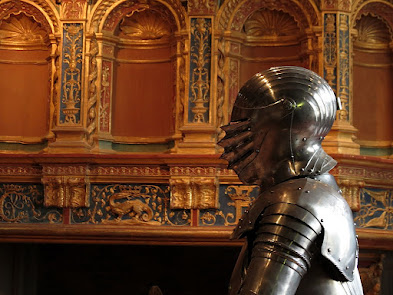