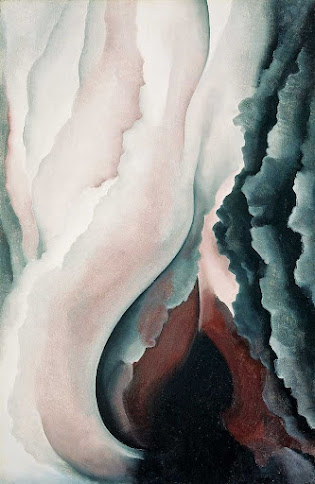 Investigating the child mummies of Palermo.

Kevin Drum wants to start thinking about what "living with Covid" would mean.

Also from Drum, a little news item about a smallpox outbreak in Massachusetts in 1932, complete with vaccine mandates and opposition to them.

At a place called Blackgrounds, British archaeologists unearth an Iron Age town that became a thriving trading settlement in the Roman period, part of the extraordinary archaeological effort tied to the HS2 train line project.

The bizarre story of the trebuchet that Cortez's men built at the Aztec capital of Tenochtitlan.

The coal piles in the historic mining town of Madrid, New Mexico are an environmental hazard, and the town is regularly flooded with coal-laden runoff. But the ruined landscape is key to the town's historic charm, which leads to it being a frequent movie set, so nobody can agree on what to do about the hazard. (Washington Post)

The spiral lock was a complicated sort of fold that made it nearly impossible to open a letter without damage, which could therefore show that letters had not been read in transit. Europeans made much use of them between the 1500s and early 1800s. Much correspondence between monarchs was sent in this way. (New York Times)

Using big data and machine learning we can now make accurate scientific predictions without having any idea what the underlying theory might be. This makes many scientists uncomfortable; they want to know why. But does that make sense? And does machine learning show that our theories don't explain the world nearly as well as we would like to think?

New book asks the question, does Slaughterhouse Five prove Kurt Vonnegut had PTSD? But what kind of questions is that, anyway? (Washington Post)

Spanish badger digs up hoard of Roman coins that had been buried in a cave.

The woman whose hobby is buying letters, photographs, and other memorabilia at flea markets, then trying to find family members and return them. (Washington Post)

Study of English horse bones finds that medieval war horses were not very big by modern standards, 14 hands and shorter.

The Webb space telescope, sailing through space, has completed its complex unfolding operation, which made astronomers very nervous; there were hundreds of possible "failure points." The telescope still has a week to go to reach its final orbit, and then NASA says to expect 5 months of fine-tuning before we get the first real images.

Turkish archaeologists say they have identified the bones of a man and dog who were killed together by the tsunami caused by the eruption of Thera, around 1600 BC.

When Scott Alexander/Siskind first became a famous blogger, he complained a lot about how hard it is for nerdy guys to get dates, etc. Last week he got married, at the age of 37.

Jerry Coyne ponders an online list of 800 genders and ways of defining gender.

US college enrolments declining: Fall 2021 enrolment was down 465,000 from Fall 2020, or about 3%. Enrolment is down 6.6% since the Fall of 2019, the last pandemic-free semester, including an 11% decline in degree-seeking students at four-year colleges. (Washington Post)

David Hume's political conservatism was born from a deep suspicion of democratic multitudes. He was particularly worried that lies would prove more popular than the truth: “Nothing indeed can be a stronger presumption of falsehood than the approbation of the multitude.” I agree, but I don't think aristocratic elites have a better record on that score.

Virginia's new Republican Lieutenant Governor, Winsome Sears, is the first black woman to hold statewide office. An immigrant from Jamaica, she is mostly a moderate but has lately been a loud foe of wokeness and wants to "move on" from slavery.

Back in 1996, scientists examining a piece of Mars that fell to earth as a meteorite said that it contained evidence of Martian life. New study disagrees.

Study of English horse bones finds that medieval war horses were not very big by modern standards, 14 hands and shorter.

I decided to compare numbers, although there's some variance in the numbers I have been able to find.

The average medieval Englishman was somewhere around 67 inches (5' 7") tall. This is seemingly a measure of the general population, as calculated from skeletal finds.

I've found other numbers which show that the average "soldier in WW1" (across all nations, perhaps?) was actually shorter than their medieval counterparts - 65 inches (5' 5") tall. If accurate, I wonder if this is the result of mass conscription (in particular pulling in the very young); or perhaps widespread malnourishment (both from conditions preceding the war and those caused by it); or perhaps simply variances in regional heights (comparing Englishmen to a pool of all soldiers containing many other ethnicities in the rest of Europe); or some other factor.

Horses in WW1 came in a wide variety of sizes - there were shortages of horses throughout the war, and people had to take what they could get. Many horses in WW1 were also used differently than medieval "war horses" - the majority were just workhorses used to move materiel, drawing supply trains or towing artillery. But some were "warhorses" in the sense of being ridden into combat, carrying both cavalryman and pack.

In both cases, both American and British policies existed showing preference against horses under 15 hands - although I have found reports that smaller horses actually fared better overall, in large part because they were better suited to short rations. Overall, there seems to have been a preference for "medium sized" horses of about 15 hands or slightly over.

The jump from the medieval value of 14 hands to the WW1 era value of 15 hands is an increase of about 7% - ten times as big a difference as that between the height of medieval men and WW1 Doughboys.

Interestingly, WW1 horse heights match pretty closely to the heights of horses in the Napoleonic Wars. I wonder where (or rather, when) the extra height crept into horses used in warfare. Perhaps it had something to do with the advent of cannons and artillery, and the added necessity of horses to pull such heavy materiel? Or perhaps it had something to do with improved breeding methods developed over time? Or perhaps it is something to do with differences in terrain - where battles tended to be fought, clearances of bogs and marshes allowing heavier horses to be more useful, or even just better road networks influencing things?

Using big data and machine learning we can now make accurate scientific predictions without having any idea what the underlying theory might be. This makes many scientists uncomfortable; they want to know why. But does that make sense? And does machine learning show that our theories don't explain the world nearly as well as we would like to think?

Fundamentally, science is about empirical observation first, and explanations for observations second.

If you can make accurate predictions based on observations, that's useful - not as useful as understanding WHY those predictions hold true, but it's something.

And there are lots of things we can accurately predict, but still don't really understand. Anesthesia is a classic example - we have a massive amount of information showing that it is safe and effective, but it's all data that was gleaned through trial and error, without us ever fully understanding WHY it works.

Gravity is another example - it's clear that there's this force we can observe, but what creates it? We describe it as a fundamental attribute of matter (and energy), but WHY is that the case?

Why are any of the fundamental attributes of anything what they are? We very quickly run into a sort of philosophical wall we cannot surmount - even if we can conclusively describe the way something is, if you keep asking what causes things to be that way, eventually you reach a point you can no longer explain except to say "That's just the way things are". We can only explain so much, and then things just have to be accepted without being to point to a yet further "cause" behind them.

All of that said... I do still think there's a substantial danger in not understanding the underlying reasons for things, in that it can promote acceptance of a model that can produce ~mostly~ accurate results given available information, but which is ultimately flawed in a subtle way.

But what those very accurate predictions got wrong was that instead of the combusting object giving off something, it was in fact absorbing something - if you weighed an object after burning it (with sensitive enough equipment), you would find that the mass of the object had actually very slightly increased (after accounting for loss of soot, etc). Up until the point that this detail was noticed, people assumed they understood what was going on, because their predictions were "accurate". But their understanding was incomplete, and thus wrongheaded - and it required specific observations that people didn't really have much reason to make for it to be proven wrong.

That's the major potential danger of not understanding the underlying reasons for your predictions being accurate - you could think you have a better understanding than you actually do, and at best delay your arriving at a proper understanding, and at worst produce some sort of awful result through the actions you take based on your flawed assumptions. Eventually, that sort of risk bites you in the ass.