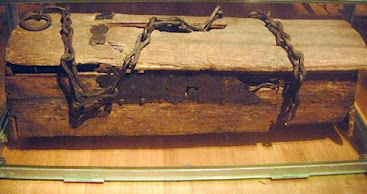 The place known as Mästermyr, on the Swedish island of Gotland, used to be a lake. The lake was drained in the early twentieth century. In 1936 a farmer named Hugo Kraft was plowing up a new section of the resulting mucky fields when his plow struck something solid. It turned out to be this chest. The chest is 90 cm (35 in) long, 26 cm (10 in) wide and 24 cm (9.4 in) high. The chain that wrapped it was locked with a padlock. 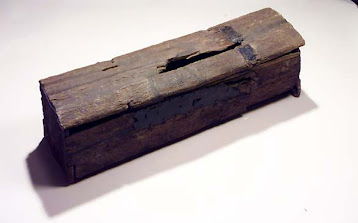 For reasons I don't understand, it has proved difficult to date the chest; maybe something about the bog water messed up the radiocarbon profile? Anyway the best the Swedish Historical Museum can do is to say that this is "Viking period," 800-1100 AD. 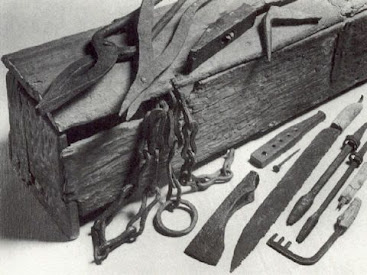 The chest turned out to be full of tools. If the dating is right, this is the oldest major assemblage of European tools. There are more than 200 objects, including tools for both woodworking and metalworking as well as odds and ends like nails and lock parts. 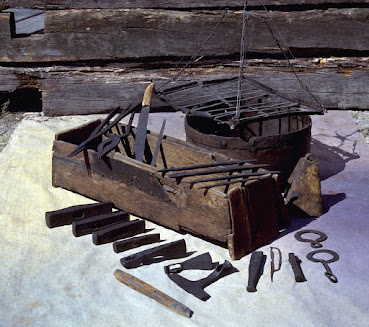 One guess is that this belonged to a master shipwright, since they had to work with both wood and iron. Wikipedia has the complete list of the objects in the chest, which includes 3 padlocks, 7 hammers, forging tongs, axes, adzes, gouges, chisels, augers, wood files, metal files, and two draw knives. The Swedish Historical Museum has photographs of all of them. 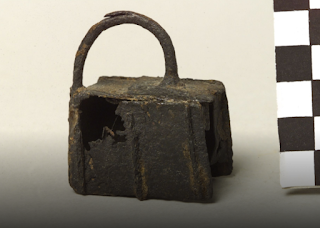 One comment some experts have made is that this stuff looks an awful lot like a Roman tool chest would. The locks, in particular, are pretty much identical to Roman specimens. I don't find this surprising; everyday tools evolved very slowly until modern steel-making made super high-quality metal readily available, and still both a modern blacksmith's hammer and a modern carpenter's claw hammer look pretty much identical to Roman specimens. 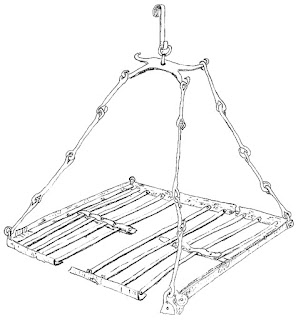 One of the more unusual objects is the fire grid, for cooking over an outdoor fire. 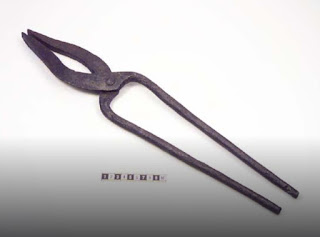 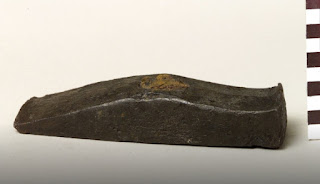 So what is this stuff doing in an old lake? Opinions differ as to whether the chest was lost in a boat-wreck, or if it was intentionally hidden. If it was lost, it implies that the owner was itinerant, perhaps traveling from one noble house to another to build or repair ships and boats. However it got there, it is a remarkable look back at the craftsmen of the European past. 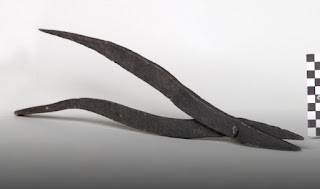 The tools are elegant.