Are Invasive Species Filling in for Lost Pleistocene Mammals?

The end of the last Ice Age saw a dramatic die off of the world's large animals. This was partly due to dramatic swings in temperature but mostly due to us: there are no more giant marsupials in Australia or mastodons in North America because we ate them. Other losses are due to our dogs, either because feral dogs outcompeted native species (Australia) or because the dogs spread diseases (rabies, distemper) to which local carnivores had no resistance. 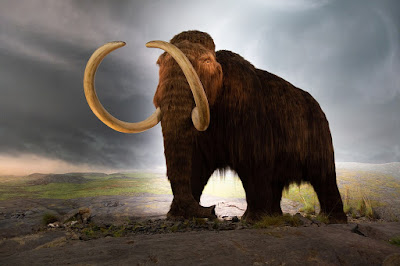 Anyway the "natural" ecosystems of the past 10,000 years are not really natural at all. They have been stripped of many large species, and, although the data is not as good, probably many small ones as well. This loss changed the planet in many ways, although it is hard to be sure which changes were due to the end of the Ice Age and which to the loss of species. Most paleoecologists believe, though, that the loss of large herbivores in particular greatly altered the world. For example in the Ice Age vast stretches of Siberia and the drowned land of Beringia were what we call Mammoth Steppe, grasslands roamed by mammoths, woolly rhinocerous, and other species of giant herbivores. The loss of those grazing species, some believe, led those areas to grow up in forest. 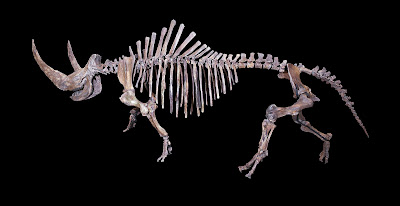 Which brings me to the question of what, if anything, we ought to do about these losses. Some Russian scientists are trying to bring back the mammoths, not just because mammoths are awesome but because they think the Mammoth Steppe was an enormously productive ecosystem that among other things trapped a lot of carbon and helped keep the Arctic cool. 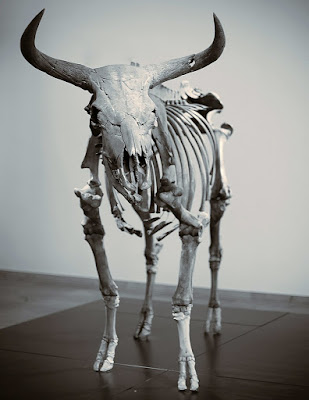 European ecologists who have tried to bring back their ancient ecosystems have found that the species living on the continent now won't do; without large herbivores deer dominate and everything grows up in forests of trees deer don't eat, especially beech. So they have created feral populations of Konik ponies and shaggy cattle to fill those niches and keep the ecosystem more diverse. 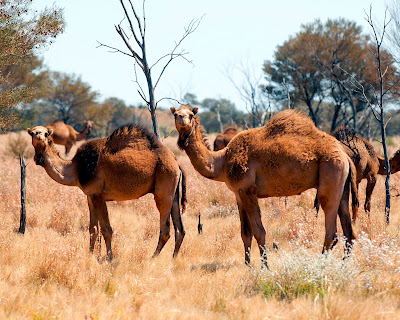 In Australia there are now populations of feral dromedaries roaming the outback, and in North America we have herds of feral horses. Are these dangerous invasives that compete with "native" species like bison and kangaroos, or are they filling niches that have been either left empty or filled by domestic cattle since the Pleistocene? 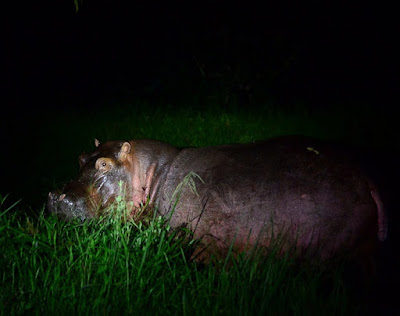 Which brings us back to everyone's favorite invasive mammals, Pablo Escobar's escaped hippos. These animals have been living in Colombia's Magdalena River since the drug lord's death in 1993, and they have multiplied to 50 to 80 animals. Ecologists are divided about them, some considering them destructive invasive species and others thinking they fill a niche left empty by the disappearance of mastodons. Now a new study published in PNAS finds that, as the title puts it, Introduced Herbivores Restore Late Pleistocene Ecological Functions.


Humans have caused extinctions of large-bodied mammalian herbivores over the past ∼100,000 y, leading to cascading changes in ecosystems. Conversely, introductions of herbivores have, in part, numerically compensated for extinction losses. However, the net outcome of the twin anthropogenic forces of extinction and introduction on herbivore assemblages has remained unknown. We found that a primary outcome of introductions has been the reintroduction of key ecological functions, making herbivore assemblages with nonnative species more similar to preextinction ones than native-only assemblages are. Our findings support calls for renewed research on introduced herbivore ecologies in light of paleoecological change and suggest that shifting focus from eradication to landscape and predator protection may have broader biodiversity benefits.

So, I guess, let the hippos run free, and the camels and the ponies, so the world can be more like it was. And when we can bring back the mammoths and others, the world we then be more like the one they lived in, and they will be more likely to thrive.
Posted by John at 10:45 AM

I understand Russia has also importing American bison to Siberia for this purpose:

After seeing what they can do for the landscape, plant and wildlife diversity, etc. on the huge ranches in the Dakotas... it seems worth a try!

I find the notion of "letting the world be more like it was" absurd.

We've reshaped the world in countless ways, but we're arbitrarily going to try to undo a small handful of those changes, but not the rest? We're going to bring back mammoths, but at the same time we're going to keep farming and living in cities?

We have become masters of our environment to a large degree, but our decisions of how we wish to reshape the world still need to be grounded in reason. "Going back to how things were" is a delusion, because unless we abandon civilization entirely and reduce out population levels back to what they used to be, that simply isn't possble.

Instead, we need consistent guiding principles based in logic - we need to embrace a Humanist philosophy of making choices that serve the greatest good. The simple fact of our existence influence the environment, but we can still make the best of it, and work toward a world where the environment is as robust, diverse, healthy, and sustainable as possible, while still meeting the needs of humanity.

The entire notion of "invasive species" is fundamentally absurd. All species are invasive in the fullness of time - thus, it is a patently ridiculous criteria to judge things upon. Whether a species is "original" to a given location is utterly meaningless - what matters is the effects they have in the hereand now, and whether those effects works toward or against our chosen goals.

Hippos in Columbia shouldn't be judged on the fact that they aren't "native" to the continent; nor on the fact that they help the environment be more "like it used to be" at some arbitrary point before the rise of human civilization; they should only be judged on whether or not they are contributing to a robust, diverse, healthy, and sustainable environment that still meets the needs of humanity.

We don't feel compelled to undomesticate all the animals we've tied ourselves to; we don't feel the need to stop living in houses and return to sheltering in caves and crude huts; we're feel no compunction about failing to abolish science and medicine and all the rest in order to return to a "natural" state; so why should agonize over bringing back the mammoths or whatever else, purely for the sake of the past?

If it turns out bringing mammoths back is in line with our Humanist goals, then sure - go ahead and bring them back. But the motivation has to practical, not romantic. It has to be based in rationality, not misplaced emotions and projected nostalgia.

Huh, just've checked and it seems that the old anecdote I was told about Sherwood was false: "sher" might come from "bright" or"boundary" or "shire" and is not old celtic word for "forest".