Oostvaardersplassen: Rewilding in a Crowded Country 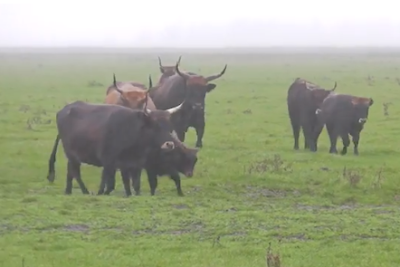 Oostvaardersplassen, the Eastward Passage, was once a channel from the port of Amsterdam to the sea, but over the years it silted in and became impassable to ships. The Dutch have long had a thing for turning shallow seas into land, and in the 1960s they diked off 56 square kilometers (22 sq mi) of the Oostvaardersplassen. The idea was to develop it as a new city, but then came the oil crisis and recession of the early 70s, and the scheme was abandoned. 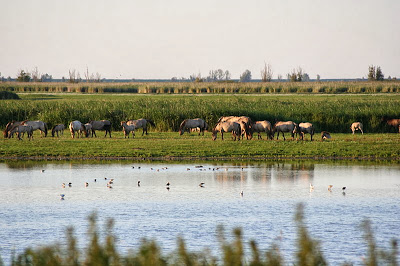 Then some wildlife conservationists stepped in with plan to preserve the now marshy land for nesting and migrating birds. It was all about birds at the start. But then:


Before the establishment of the reserve, the dry area was a nursery for willow trees, and in the first year hundreds of seedlings could be found on each square meter. This led to concern that a dense woodland would develop, significantly reducing the value of the habitat for water birds. To avoid this, the park's managers brought in a number of large herbivores to keep the area more open, including Konik ponies, red deer and Heck cattle. 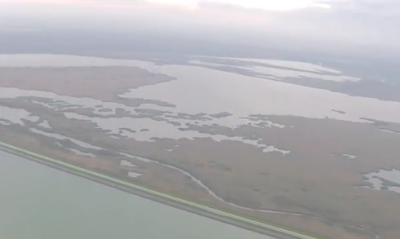 So the "rewilding" of the Oostvaardersplassen advanced from a bird sanctuary to a recreation of Europe's wild landscape, almost by accident. It is the large herbivores that make the place nearly unique:


Before they were driven to extinction, large herbivores in this part of Europe included the tarpan (wild horse), wisent (European bison), red deer (elk or wapiti in North America) and aurochs (wild cattle). The tarpan and aurochs are extinct, but Konik ponies and Heck cattle are able to act as functional equivalents, occupying a similar ecological niche.

Now these animals are the glory of the reserve. They are left largely alone to form their own societies, and people come from all over Europe to watch the males fight in mating season and similar spectacles. Of course given the limited size of the reserve and the absence of large predators, the herds have to been managed by shooting a fair percentage every year. 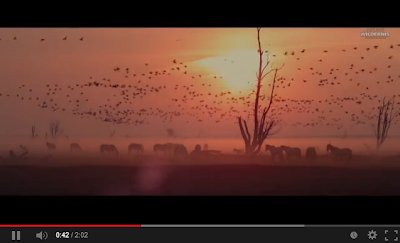 Now there is a new documentary celebrating the wild world of the Oostvaardersplassen; click on the image above to see the lovely trailer.
Posted by John at 6:49 AM