The Appeal of Indo-European Culture 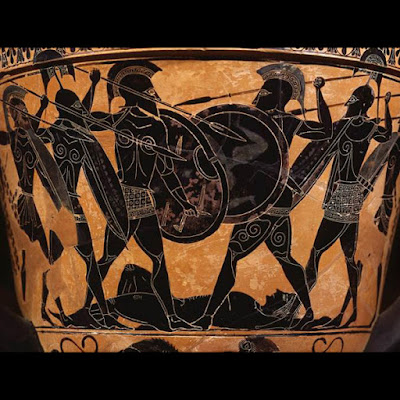 One interesting thing about David Anthony's book on the spread of Indo-European languages (reviewed here) is that he delves into the question of how languages have spread in historic times. One way goes by the name of Elite Dominance, which is the way (for example) Egyptians ended up speaking Arabic or Turks Turkish. A relatively small number of conquerors can sometimes convert a large nation to their way of talking. But elite dominance doesn't work automatically; there are plenty of cases in which an invading elite ended up speaking the language of the peasants they conquered.

The cases Anthony cites suggest that elites spread their language when they create a social group that outsiders want to and can join, within which their language is spoken. For the Turks in Turkey, religion was a big factor, and the people who ended up speaking Turkish were the ones who converted to Islam. The ones who remained Christian still spoke Greek. In Algeria and Tunisia, the French offered people disaffected with the traditional Arab-speaking world a cosmopolitan alternative, and the result is that many intellectuals and nonconformists speak French. The point is that people made a conscious choice to join the invaders' world, and that included taking up their language. 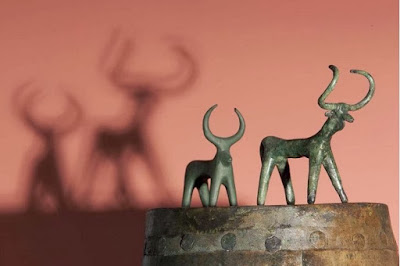 The Indo-European languages achieved an astonishing dominance across Europe. Paleogenetics shows us that the Indo-European invaders replaced quite a few of the native inhabitants, but far from all of them. Plus, the same genetic studies show that the invaders were mostly male; with perhaps one women among them for every three to ten men. Babies learn language from their mothers, so it is quite common for the language of mostly male invaders to fade out rather quickly. This happened to the Northmen who conquered Normandy; the grandchildren of the invaders spoke French.

So how did those mostly male warriors impose their Indo-European languages on so many people?

The simplest answer, it seems to me, is that they recruited people to join their social order, and that across Europe people wanted to join it. They brought with them, not just languages, but a way of living that was hugely appealing to many people. 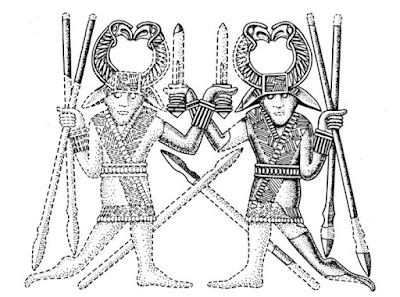 Theirs was a violent, warrior society, and they spawned in Europe a violent, warrior aristocracy that dominated the continent for four thousand years. That, I suppose, is the first reason for their success. In a very violent world where successful warriors left many children and unsuccessful warriors were dead, winning battles might end up being everything. The Indo-Europeans were the age's great masters of horses, with more experience breeding, training and riding them than anyone else, and this may have been both a key to their military success and part of their appeal. Love of horses was after all an element of European aristocratic culture that still endures. But I actually suspect that the military success of these tribesmen had more to do with culture than tactics or organization. So far as we can tell, the basic element of Indo-European warfare was the chief surrounded by his war band. This system is known around the world and probably existed in Europe before the Indo-Europeans got there. What they had was a warrior ethic that inspired their young men to an extremely high standard of bravery. Their whole culture was oriented around heroism in war, from their songs to their funerals. Their most famous warriors became semi-divine heroes with their own shrines and cults.

One important point about Indo-European warbands is that they could serve as a means of recruitment. We know that some Anglo-Saxon kings had Welsh noblemen among their retinues. Indo-European invaders may have done the same thing, welcoming the sons of Europe's older elites into their households. After all, their sisters were already there ahead of them. A noble's household was conceived of as a sort of school where highborn young people learned the ways of their ancestors, and they often included foster children sent to that school by the noble's leading followers. This household could therefore become a mechanism for spreading culture and language.

Perhaps their religion was also appealing. We still love stories of the Greek, Norse, and Sanskrit gods, and the basic rituals they practiced remained powerful for thousands of years. The invaders' religion certainly mixed with that of the lands they conquered, picking up new gods and transplanting cosmic events into local caves. But the myths of Indo-European speakers across Eurasia have enough in common that we know they date to before the great migrations, which is remarkable fact in itself. 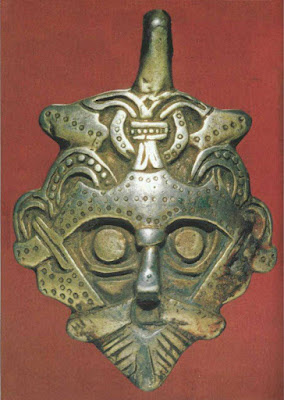 We know that the Indo-Europeans had a great tradition of poetry that left its mark in epics from Ireland to India. All across this world the learning and creativity of the intellectuals --the bards, the druids, the brahmans -- was remarkable, and perhaps the power of their words was another reason to join their culture and live in their halls.

That world -- the world of the Iliad and the Odyssey, of the Táin Bó Cúailnge and the other Irish sagas, of the ancient Indian Vedas -- still fascinates us today. Perhaps it also fascinated the people of Europe and northern India 4,000 years ago. That fascination, plus ambition, may have led some of them to join their conquerors. The genetic data seems to tell us that the Indo-European elite was at first composed mostly of immigrants, but that the percentage of Steppes DNA declined over time as they slowly merged with Europe's older inhabitants. We know they kept key parts of their own culture, especially their languages, so that means other people were joining them.
Posted by John at 12:56 PM

An interesting post that opens up a lot of broader questions. For example, what are the parameters determining differences in language change in terms of adoption/non-adoption, timeline, and degree of mixing? For example, Islamic conquest entails Arabization in Egypt, Syria, and Iraq, but only partially in Persia and North Africa westward from Tunisia (vocabulary mixing, alphabet adoption). Anglicization of the Normans in England entails plentiful vocabulary mixing, as does the Spanish-Christian conquest of Muslim Spain, but I don't think we see nearly as much in Spanish America. How much, if any, pre-Indo-European finds its way into the Indo-European languages of the Bronze Age conquerors? My impression is virtually none (the case may be different in India).

One can cite examples where a conqueror can be in place for centuries with only marginal or partial language change, and then a mass adoption takes place in one or two generations. Ireland after the Famine would be (as I understand it) a clear example of this. Arabization in the Middle East may be another one (this is, in any case, my understanding of current thinking about Islamization in the Middle East). My impression of the Latinization/Romanization of Gaul is that it was, contrariwise, quite rapid.

It might be pointed out that both Islam (as a way of life as well as a religion) and classical Chinese civilization have proved immensely attractive to neighbors and to the conquered, while not exercising remotely the same appeal for western intellectuals as Indo-European heroic epic.

Finally, one needs to consider the position into which the conquerors put the conquered. Cultural shame as well as crude oppression can form a sort of negative pole that can push people into adopting the ways of their conquerors. The virtual absence of non-Indo-Europeans in some epic, and their *possible* reduction to the status of monsters or curiosities in others (eg, as divs in Persian epic) may be significant in this regard.

Yes, we know very little about how Indo-Europeans treated the conquered, except what the genetics tells us: that there was a lot of inter-breeding, even at the most elite levels. There is also the question of the Black Death, which may have accompanied or preceded the invaders. The example of European diseases in the Americas shows that a mass die-off from disease can destroy elite cultures, and maybe something like this happened in Europe, although nobody I know thinks the plague killed 90 percent of Bronze Age Europeans. (There isn't much sign of a major fall in population, for one thing.)

I had the Islamic comparison in mind: that's an example where the religion, language, and culture seem to have great appeal across a vast area. And the best reverse example is the Chinese, who absorb invader after invader with very little change. (Hardly any Mongol or Manchu words in Han Chinese.)

I think that maybe the appeal of the cultures involved matters. Mongol culture just didn't have much to offer people living in China. That's why I think Indo-European culture must have had something to offer Europeans.

The Black Death? Was there an epidemic in Bronze Age Europe? Was it Yersinia Pestis? Tell us more.

Yersina pestis is native to the Steppes, where it lives most of the time in ground-dwelling rodents and their fleas. Its explosions into Europe, the Middle East and China may have something to do with changes on the Steppes, either climate or politics; there is a theory that the 1348 epidemic followed the Mongol Empire unifying vast regions and increasing trade and movement across central Asia.

Several Bronze Age Yamnaya skeletons from Ukraine have produced plague DNA, which almost certainly means they died of it. If the Yamnaya people lived with it all the time, they presumably had evolved some degree of resistance. So people have theorized that they brought the plague with them to Europe and that their conquest was made easier because a lot of their enemies were dying of plague.

At present this is all speculation because 1) no plague DNA has yet been found in the bones of Bronze Age Europeans, 2) there is no clear evidence of a big fall in the population of Europe at the time, and 3) Bronze Age Yersinia pestis seems to lack a couple of mutations that made the medieval variant so deadly.

I think the best evidence for the plague theory is the 90% replacement of the people of Britain by invaders, which is what the paleogenetics seems to be telling us right now. How could that have happened unless something killed off most of the natives? So you might theorize that the people of Neolithic Britain were uniquely susceptible to the disease.

But, again, all speculation at this point.

A good book to read about the influence of pestilence in human civilizations is McNeill's Plagues and Peoples. He covers China, Europe, and the Steppes in depth.