The Assassination of Gustav III 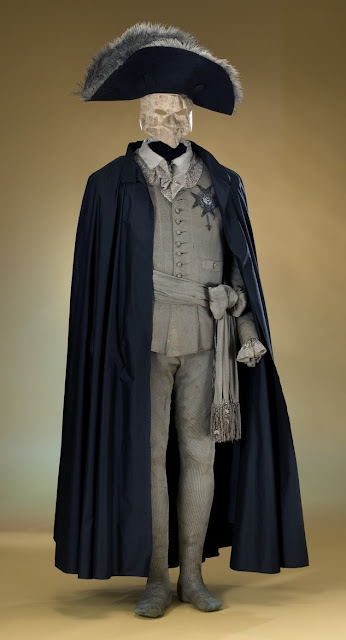 Gustav III was King of Sweden from 1771 until his death in 1792. An admirer of Voltaire, he tried to break the power of the nobility and rule as an Enlightened despot. He veered, like other self-proclaimed enlightened rulers, between constitutionalism and dictatorship, and when the French overthrew their king he helped organize the Alliance of Princes that tried to restore Louis XVI to his throne.

Many of his nobles hated him, and a significant faction planned a coup to overthrow him. At midnight on 16 March, 1792, the king was attending a masked ball at the Royal Opera in Stockholm when the five assassins struck, recognizing him because his costume included the star of the Royal Order of the Seraphim on the breast. (Some "disguise.") The conspirators, who were all wearing black masks, surrounded him and one said, "Bonjour, beau masque." Then Jacob Johan Anckarström shot the king in the back with a pistol. The other conspirators, instead of finishing off the wounded king, fled, and he survived and recovered enough to defeat of the coup before dying of an infection two weeks later. The outfit he was wearing when he was shot (above) is now in the Royal Armory in Stockholm.
Posted by John at 7:48 PM