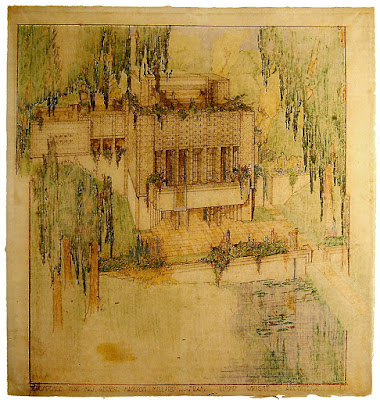 Millard House, 1923. The Frank Lloyd Wright Foundation is very jealous with these images, so much of what you see online comes from one source, a big 150th birthday exhibition that MOMA staged in 2017. 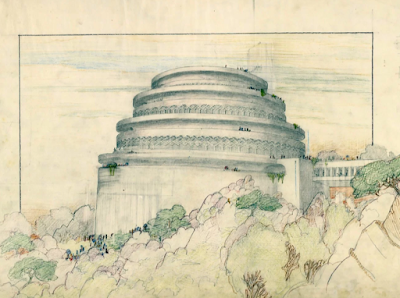 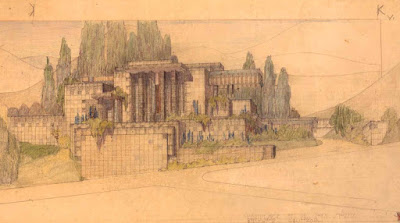 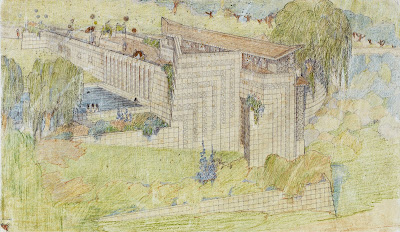 Two renderings of his concrete block "textile houses," not sure which. 1920s. 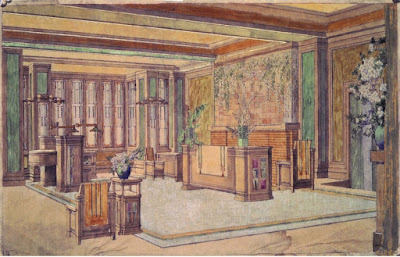 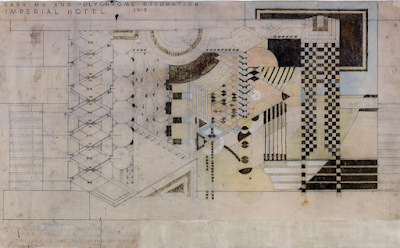 Design for stone work in the Imperial Hotel, Tokyo, 1915. 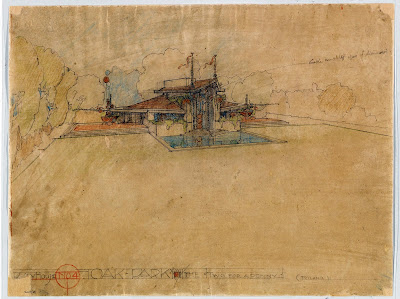 "Kindersymphonie" theater for children's concerts, Oak Park, Chicago. This is the thing that amazes me about Wright; for him, even a tiny theater where kids would watch Peter and the Wolf should be an architectural masterpiece. 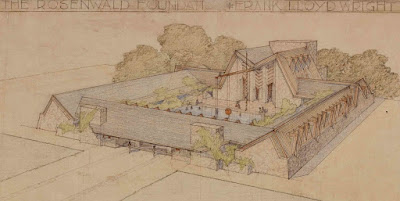 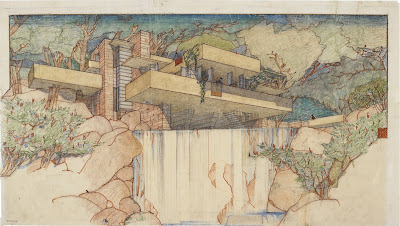