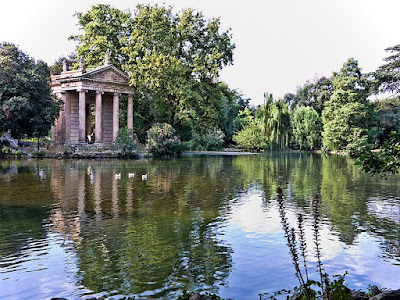 The Villa Borghese in Rome is an art museum in a 17th-century palace, and it is surrounded by 200 acres (80 hectares) of gardens that are now a public park. 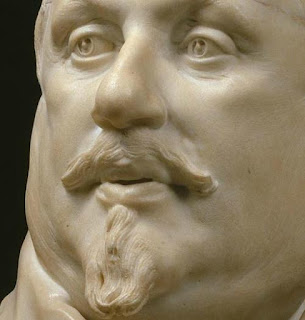 The villa was built for Cardinal Scipione Borghese, who was the nephew of Pope Paul V and Bernini's main patron. That's him above, as Bernini rendered him. 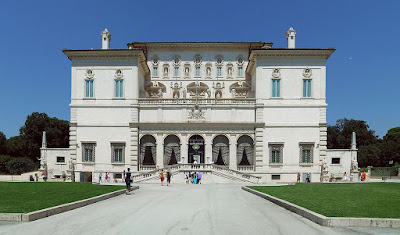 The architect of the villa was Flaminio Ponzio, but he is said to have worked from sketches by Borghese himself. At the time this was a vineyard at the edge Rome, and Borghese used it as a summer retreat and to house such of his art collection as would not fit into his apartments at the Vatican. 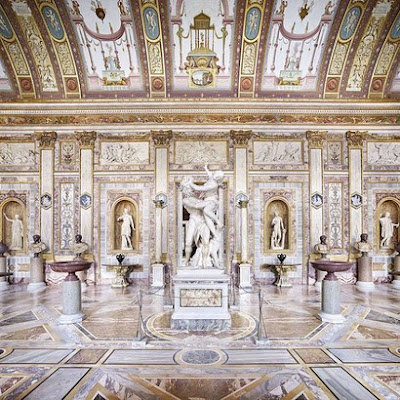 Quite a palace, no? Those Baroque Romans were a bit over the top some times. But what an art collection. 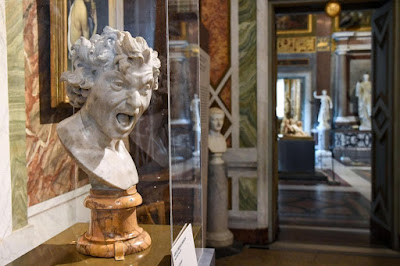 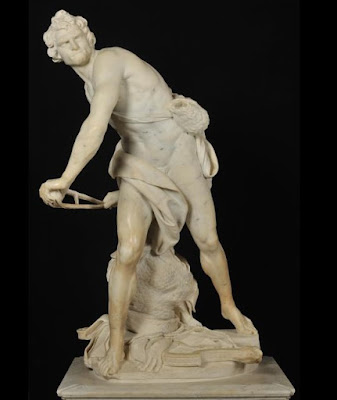 There must be a dozen Berninis, including some very famous ones. 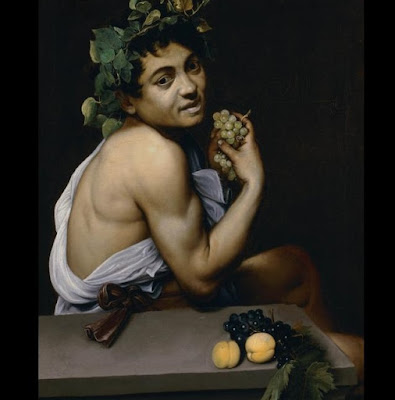 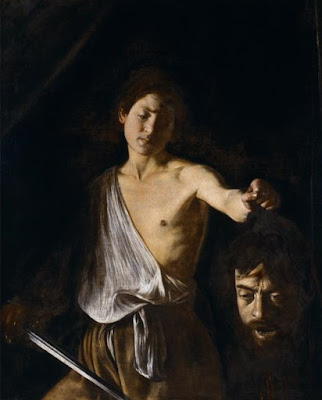 Plus Borghese was one of the big early collectors of Caravaggio, and owned some wonderful works. Directly above is David with the Head of Goliath, with the severed head as a self-portrait. Maybe Scipione Borghese was a lousy priest and a horrible person – I have no idea – but there is absolutely no faulting his artistic taste. 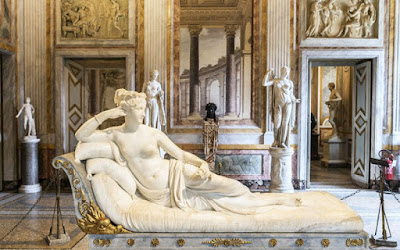 Later Borghese's continued collecting, so the museum has some great 18th-century works including multiple Canova's. They also once had several famous works from ancient Rome that had been dug up on their properties, but Napoleon stole the best ones and they are now in the Louvre. 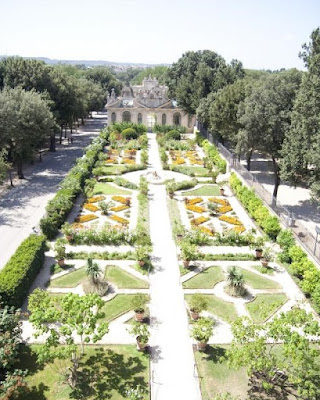 Outside is the wonderful park and gardens. Directly adjacent to the villa is the remaining formal garden in the style of the 17th century, sometimes called The Garden of Bitter Oranges. John Evelyn visited the estate in 1644 and described it as "an Elysium of delight" with "Fountains of sundry inventions, Groves and small Rivulets of Water." 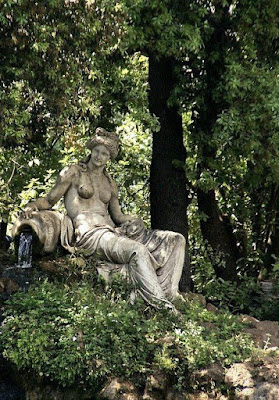 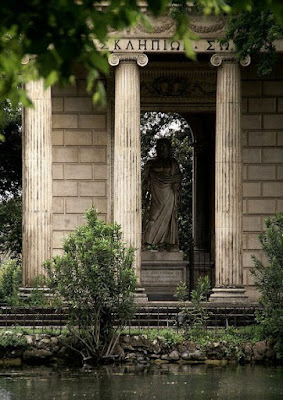 But other than that small portion around the villa gardens were remade in the early 1800s into the English Romantic style, with lakes and follies and winding paths. 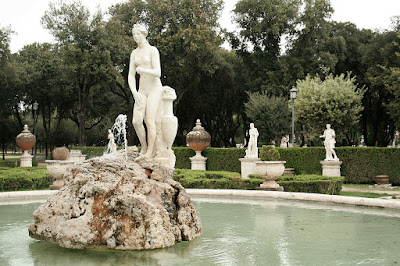 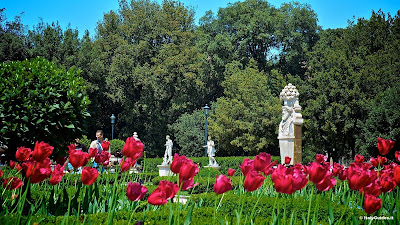 And lots and lots of sculpture. 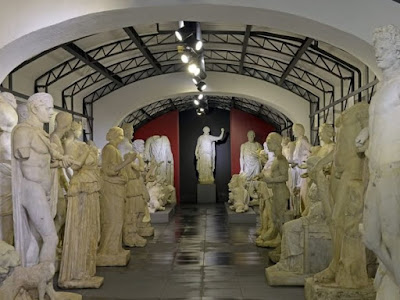 Which brings me to this image. Over the years some of the oldest and most valuable marbles in the garden were moved to the museum and replaced with copies, and then in the 1990s all the rest were replaced. The originals were just put in storage, until some clever person at the museum figured out this unusual way of displaying the lot of them, a sort of half storage room half exhibit. 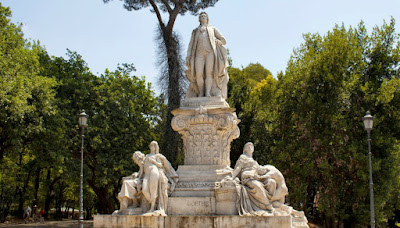 Nineteenth-century monument to Goethe, who loved this spot. 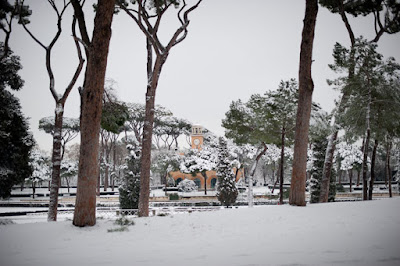 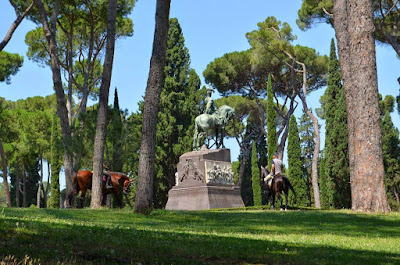 More views of the park. The Borghese's had long let the public wander the gardens for most of the year, so it was something of a public park even before 1902 when they sold this estate to the Italian government. 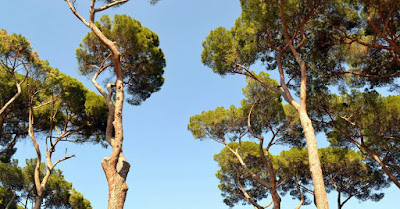 Some of the pines celebrated musically by Respighi. 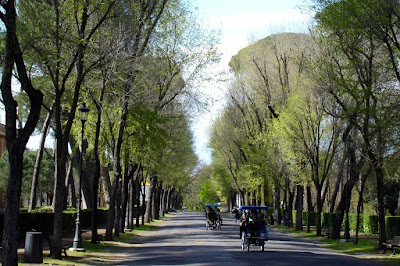 Today this is a very touristy sort of place, where you can eat Italian ices while touring by bicycle or Segway. But thousands of Romans come here, too. This is one of the models of the great public park, copied all around the world. And deservedly so. 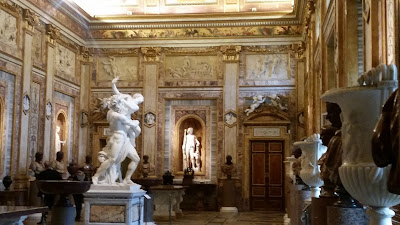 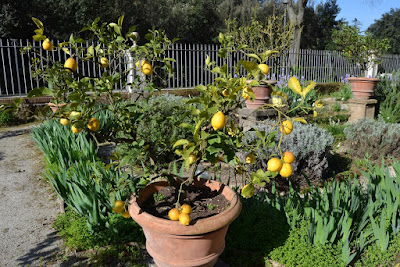 thank you for this post. The Borghese is one of my favourite museums in Rome

Fantastic report, you made me revive my visit too long ago. Together with Villa Farnesina, the best Villas of Art in Rome.