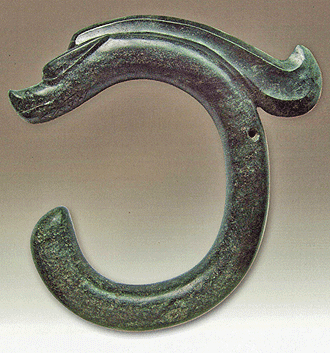 Dragons are very ancient in Chinese art, going back to the Neolithic; in fact they are one of the clearest signs of cultural continuity from the middle Neolithic to modern times. 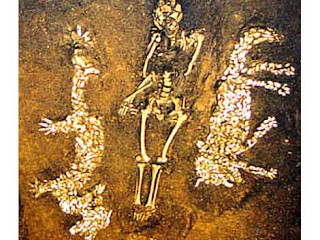 Some web sites say this is the oldest depiction of a dragon in Chinese art, dating to around 4500 BC. This burial at Yangshao in Henan province is an adult male, surrounded by a dragon and a tiger made of clamshells. In China you can still buy everything from a chair to a placemat that features a dragon paired with a tiger. 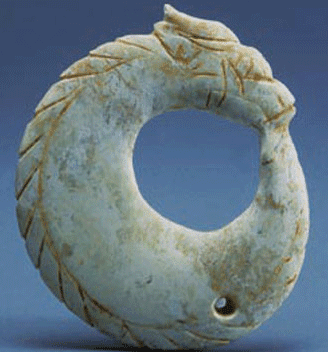 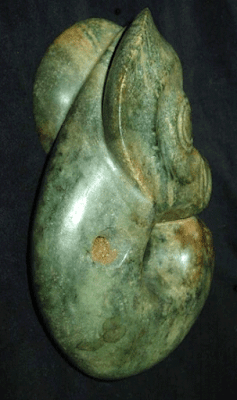 Dragons became common in the later Neolithic,after 3500 BC. Or perhaps I should say that surviving dragons become common, since that was the period that saw the first flouring of Chinese jade carving. This form is called in Chinese the "pig dragon." The more open shape at the top of the post dates to the same period. 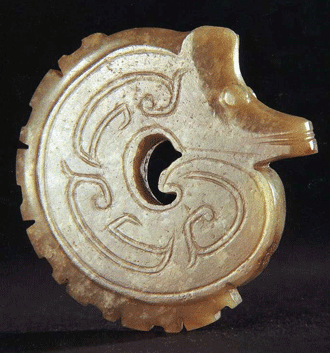 In the Chinese Bronze Age, otherwise known as the Shang Dynasty, c. 1540-1040 BC, the older forms were elaborated. 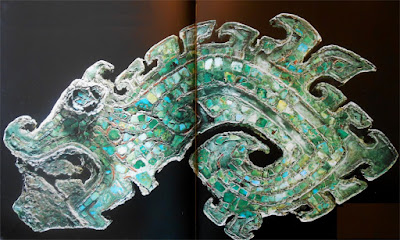 You can see the distinctive ornamentation of Shang bronze work in this dragon-shaped dagger. 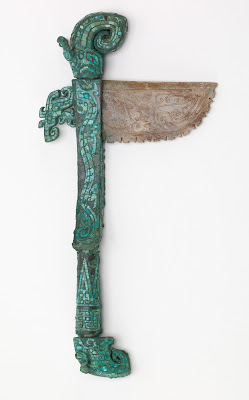 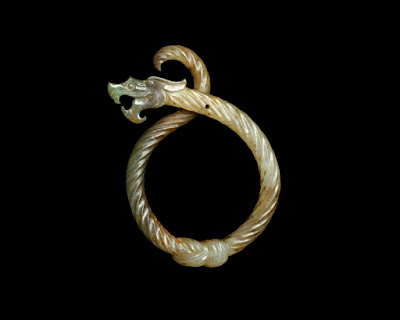 During the first millennium BC the older forms developed into the classic Chinese dragon we still know. At that time the dragon was also fixed as one of the Four Animals of the cardinal directions. In China dragons were always associated with both water and the sky and thus with rain, and that becomes clear in the texts of the Warring States period (465-221 BC). 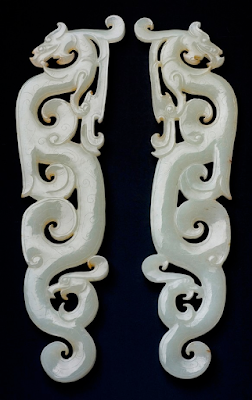 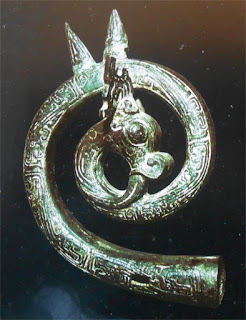 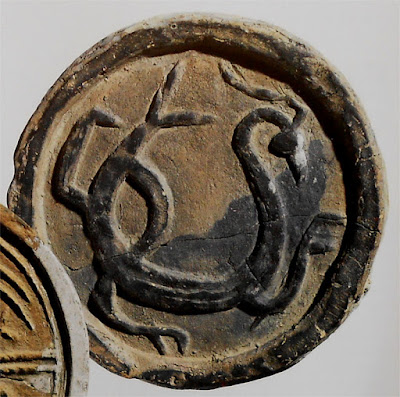 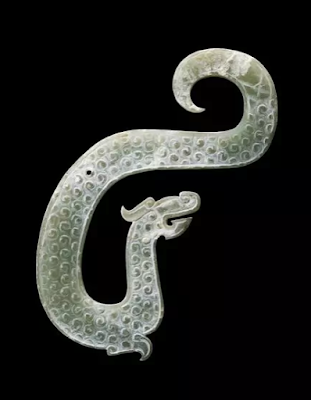 A roofing tile and a white jade piece of the Eastern Zhou, both c 400 BC. 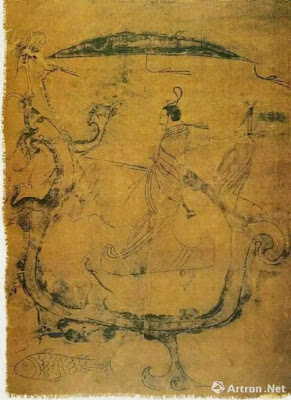 This silk scroll comes from a tomb of the Warring States period; it depicts a sorcerer riding a dragon up to heaven. 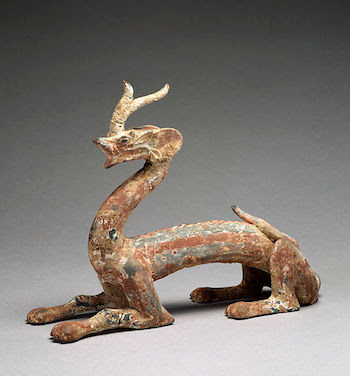 One of the oldest fully three dimensional renderings I have seen is this earthenware piece from from the Six Dynasties period, 221-589 AD. During this later period the sources start to give the fully developed folklore of the dragon, which included a lot of numerology:


The dragon traditionally has 117 scales comprising 81 yang and 36 yin (9×9 and 9×4). The number nine is frequently associated with dragons – nine being the highest single digit number. Nine represents the sky in the I Ching (Book of Changes) and dragons are often shown in groups of nine.

The sequence below is a great illustration of the continuity that fascinates me. The first is Shang, the second Han (180 BC to 221 AD), the third Ming (1368-1644 AD). In the later periods these were used in Daoist rituals that were probably the direct descendants of rituals practiced in Neolithic times: 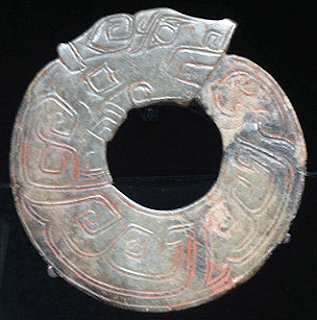 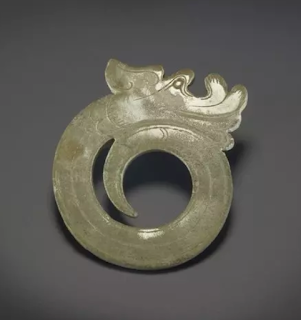 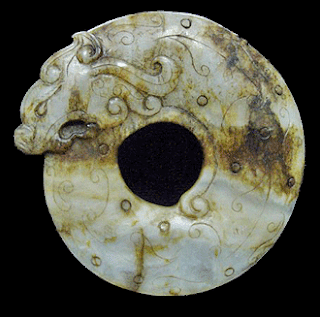