More on the Iron Age Massacre at Sandby Borg 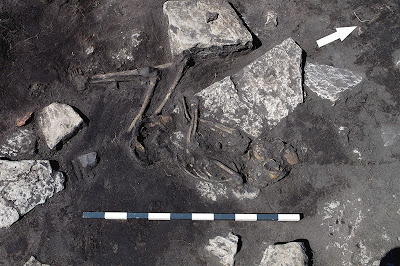 The Times has more on a story I wrote about back in 2013, the fascinating archaeology at Sandby Borg on the Swedish island of Öland. Some time around 500 CE, the fortified settlement was attacked and its inhabitants slaughtered, their bodies left to lie among the ruins of their houses. Twenty-six victims have been identified so far. 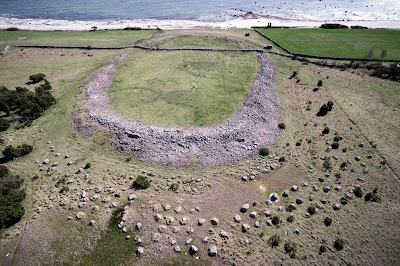 To me the most interesting thing about this sad spectacle is that nobody ever went back to loot the bodies. I speculated back in 2013 that the site was thought of as cursed. The investigators mused to the Times that the attack was made to prove a point, perhaps because the residents defied a chieftain who considered himself their overlord, or a group that was determined not to be messed with. The attackers left the bodies where they fell to emphasize their message, daring anyone to come back and bury or otherwise touch them. Which makes sense.

But both could be right; the message first and the stories of the curse later. Because it is hard to see why the message would still carry fatal force twenty years after the attack, when the site would still be well known and highly visible.
Posted by John at 11:18 AM