Bollywood and Capitalism in India 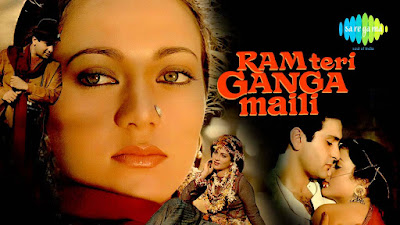 For the first 35 years of its history, India was dominated by socialist governments, and there was as much opposition on the left (from communists) as on the right. Then in the 1980s this started to change, and conservative parties supporting free markets became competitive across the nation. Why? Maybe because the culture was turning against collectivism and toward individual freedom. Nimish Adhia sees signs of this in the movies:


The injunction of performing one’s duty without regard to outcomes has been the basis of much of the Indian philosophical and religious discourse.

The dilemma is recurrent in Indian films…. From the 1950s to the 1980s, the dilemmas invariably resolve in favor of duty. The mother in Mother India (1956) shoots and kills her wayward son as he attempts to kidnap a woman—an action that would have been shameful for the village. “I am the mother of the entire village,” she says as she picks up the gun. As the son collapses to the ground, she wails and rushes to his side, and is shown to lament his death for the rest of her life, but the film valorizes her as “Mother India.”

… But then starting with Ram Teri Ganga Maili (1986) there is a spate of films that celebrate the assertion of one’s desire. The assertion commonly takes the form of falling in love—an audacious act in a society where the sexual mores are conservative and a majority of marriages are arranged on basis of familial and community criteria. The young lovers in the big hit Qayamat se Qayamat tak (Doomsday to Doomsday, 1988) elope and endure enormous hardships on account of their families’ opposition. The families had a falling out in the past when they were neighboring landlords in the country. The demands of familial loyalty, shown to arise in this way from a feudal setup and concluding in the death of the young lovers, are condemned by the film as savage and outdated. “We are not the property of our parents,” the young man once counsels his beloved. “We need not be carriers of their legacy of hate.”

I am not sure that an emphasis on personal freedom always has to lead toward capitalism, but the connection seems to be a strong one.

Via Marginal Revolutions
Posted by John at 9:52 AM