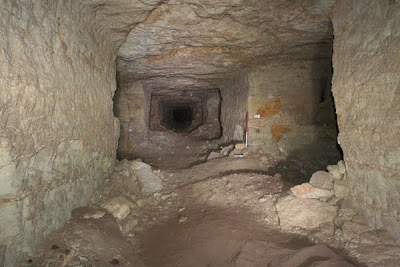 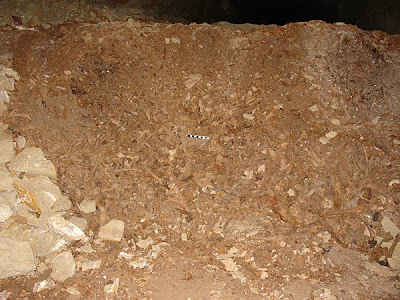 From the Annals of Strange Religious Practice:

The excavation of a labyrinth of tunnels beneath the Egyptian desert has revealed the remains of millions of animals, mostly dogs and jackals. Many appear to have been only hours or days old when they were killed and mummified.

The Dog Catacombs, as they are known, date to 747-730 B.C., and are dedicated to the Anubis, the Egyptians' jackal-headed god of the dead. They were first documented in the 19th century; however, they were never fully excavated. A team, led by Paul Nicholson, an archaeologist at Cardiff University in the United Kingdom, is now examining the tunnels and their contents. . . . They estimate the catacombs contain the remains of 8 million animals. Given the sheer numbers of animals, it is likely they were bred by the thousands in puppy farms around the ancient Egyptian capital of Memphis, according to the researchers. The Dog Catacombs are located at Saqqara, the burial ground for the ancient capital Memphis.

This must have been a profitable business for the priests, who presumably charged the worshippers a little more for each puppy than it cost to raise. What a strange species we are.