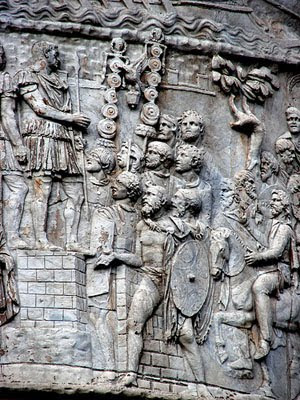 On Monday we started our unit on the ancient Germans with the traditional text, Tacitus’ Germania. Even though this must be one of the most widely assigned of ancient texts, it raises some problems. In writing it, Tacitus was not much interested in the Germanic tribesmen themselves. His main purpose was to comment on the mores of his fellow Romans by contrasting them with the barbarians; for example, he devotes a long paragraph to how greatly the Germans detested adultery, by way of complaining about sexual license among the Romans. Since we have a hard time figuring out how much adultery there is in our own society, I find it unlikely that Tacitus really knew how much there was among the German tribes. He also says the Germans did not value gold and silver, which has been disproved by numerous finds of gold and silver objects in German graves. Surely Tacitus only included this passage to attack the greed of the Romans. 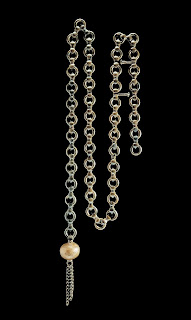 Nonetheless, Tacitus gives us much information about the Germans that appears to be correct. He gives an accurate account of German weaponry – no surprise there, since by his time many Germans fought in the Roman army and Tacitus may well have commanded German troops. Other things Tacitus recounts have at times been met with skepticism but have in recent decades been confirmed by historical and archaeological research. He gives us our only account of horse sacrifice among the Germans, making their practice seem much like that of ancient Iranians and other early Indo-Europeans, about which Tacitus cannot possibly have known. He tells us that the bravest and fiercest German warriors did no work at all, which might seem unlikely if we did not have several accounts from the Norse sagas of characters who infuriated their families by refusing to do anything productive. “Coal biters,” they were called, because they sat around the fire all day chewing on coals and complaining about how bored they were. He says that the Germans did not value land but instead counted their wealth in cattle, which fits perfectly with an economy devoted to stock-raising and slash-and-burn or swidden agriculture. He says that the Germans practiced human sacrifice, sometimes by drowning the victims in bogs and using nets staked into the peat to hold down their bodies, which matches the condition of some “bog bodies.”

The young men are slow to mate, and their virility is not thus exhausted. Nor are maidens rushed into marriage. As fully grown as the men, they match their mates in age and strength, and their children reflect the strength of their parents.

Pseudo-biology aside, this is an accurate picture of the ancient marriage pattern in northern Europe. As far back as we can find any evidence, northern Europeans typically married in their 20s, and the men and women were roughly the same age. Their marriages were much more equal, both legally and in practice, than those of the Mediterranean world, where girls just past puberty were commonly wedded to men ten or even twenty years older. Tacitus seems not to have grasped the difference this made for relations between the sexes, but he got the basic facts right.

So the Germania remains the best available primary source for introducing the Germans, and its complexity can even be a plus for an advanced class like the one I am teaching now, challenging the students to tease out the threads of genuine ethnography and social criticism.
Posted by John at 11:42 AM