On Studying Algebra and Geometry 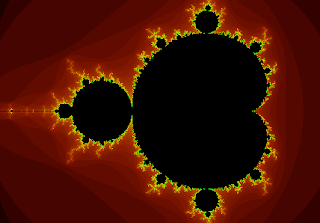 As I have written here before, I used to be a math evangelist but gave it up. For me, learning math was an amazing, eye-opening experience; I remember my awe when I realized, in calculus class, how many different kinds of problems could all be reduced to the same simple equations. So for a long time I supported forcing more math on young people and scorned opposition to this as anti-intellectual weakness.

But I have now come to know many people I consider intelligent and thoughtful who never got anything out of math. They never saw any beauty or power in it, never experienced it as anything but suffering. So as part of my long-term struggle to resist imposing my personal views on others I have stopped evangelizing for more math and begun thinking about what we might teach instead of algebra.

But then there's this from Alec Wilkinson, who hated math as a kid but went back to restudy it at the age of 60 (NY Times):

Studying adolescent mathematics, a person is crossing territory on which footprints have been left since antiquity. Some of the trails have been made by distinguished figures, but the bulk of them have been left by ordinary people like me. As a boy, trying to follow a path in a failing light, I never saw the mysteries I was moving among, but on my second pass I began to. Nothing had changed about math, but I had changed. The person I had become was someone whom I couldn’t have imagined as an adolescent. Math was different, because I was different.

The beginner math mystery, available to anyone, concerns the origin of numbers. It’s a simple speculation: Where do numbers come from? No one knows. Were they invented by human beings? Hard to say. They appear to be embedded in the world in ways that we can’t completely comprehend. They began as measurements of quantities and grew into the means for the most precise expressions of the physical world — e = mc², for example.

The second mystery is that of prime numbers, those numbers such as 2, 3, 5, 7, 11 and 13 that can be divided cleanly only by one or by themselves. All numbers not prime are called composite numbers, and all composite numbers are the result of a unique arrangement of primes: 2 x 2 = 4. 2 x 3= 6. 2 x 2 x 2 = 8. 3 x 3= 9. 2 x 3 x 3 x 37 = 666. 29 x 31 = 899. 2 x 2 x 2 x 5 x 5 x 5 = 1,000. If human beings invented numbers and counting, then how is it that there are numbers such as primes that have attributes no one gave them? The grand and enfolding mystery is whether mathematics is created by human beings or exists independently of us in a territory adjacent to the actual world, the location of which no one can specify. Plato called it the non-spatiotemporal realm. It is the timeless nowhere that never has and never will exist anywhere but that nevertheless is.

Mathematics is one of the most efficient means of approaching the great secret, of considering what lies past all that we can see or presently imagine. Mathematics doesn’t describe the secret so much as it implies that there is one.

The young Lincoln's fascination with geometry is worth pausing over. Many European intellectuals shared it, because for 2200 years Euclid's geometry was how young pupils were introduced to logical proof. There are hundreds of anecdotes about young intellectuals who were captivated by this magic. I was one. So I was rather shocked to discover that the state of Maryland no longer teaches Euclid, and you can now complete geometry class without proving anything. Instead of learning how to derive the formulae from simple principles you just have to memorize them.

Where I teach, I am continously shocked that before my classes (the third year!) my students were never asked to prove anything. And, despite being very intelligent men and women, they usually fail miserably and use such respected techniques as proof by hand waving or proof by invoking authority.

I loved Wilkinson's essay. It leads one efficiently but gently to an almost mystical place. "It is the timeless nowhere that never has and never will exist anywhere but that nevertheless is." That may be as close as a non-believer can get to seeing, or perhaps imagining, the Face of God.

On a much lower, more polemical level that I confess I cannot resist, it provided me an almost miraculous relief from power/knowledge and the social construction of reality.

I don't remember much like that from math in school. Maybe if teachers knew how to bring that side of math out better, students would get more out of it.

I was so moved by W's essay that I read the book review linked to at the bottom of the article. That reviewer seemed to see something totally different, mostly just an elder's re-experience of math as "sadistic taskmaster." In this version, at the end W maybe gets out of it a sort of beaten-down humility toward a subject that has defeated him. I note that W's essay is not said to be taken from the book. Perhaps the new piece meant to be a sort of corrective, and a reply to reviews like that: "That is not it at all. That is not what I meant, at all."

I really disagree with Wilkinson here.

Lots of things expand the world and are entry points into larger concerns, and yet we don't force people to learn them as a standard universally applied education regimen virtually all students must go through.

Studying cooking expands the world; studying Zen meditation expands the world; ditto for electronic theory, film studies, ancient Assyrian art history, Khoisan click languages, traditional cuckoo clock carving, and the proverbial underwater basket weaving. Nearly anything will expand the world and act as an entry point into larger concerns. Math is not somehow special, it's just a topic of interest and a practical tool like any other.

Math teaches reverence? It insists one be receptive to wonder? Absolutely absurd. Certain math teachers might teach those things (usually to students who are already receptive to them), but for countless people forced to sit through algebra classes, there is not one iota of reverence or wonder to be found. They don't see a beauty or a grandeur in the simplicity and brilliance of mathematical formulas - they see a byzantine labyrinth of obtuse rules that they don't really understand, and don't particularly care to know anything about - which is valid, considering how little most students will use anything more than basic mathematics in the rest of their lives, unless they specifically enter a career or field which relies on more advanced forms.

Math requires a person to pay close attention? Hardly. In most cases, it simply requires plugging certain numbers into certain equations (usually ones memorized by rote) - all the attention to detail of pushing shaped blocks through matching shaped holes. It requires one to consider problems carefully, and it discourages "scattershot and slovenly thinking"? No, I'm sorry - Wilkinson is confusing mathematics for engineering. A calculator performs perfect math, even though it can't think or consider. What he is describing is the practical application of mathematical principles - most people don't need to have care, consideration, or thought in their usage of math, because they are doing things like calculating how much a bag of apples at the grocer will cost them, rather than calculating the safe structural limits of a bridge.

As for Lincoln spending a year reading Euclid to learn logic, there's an amusing irony in Wilkinson's failure to realize what an illogical non-sequitor that is. Lincoln also spent a great deal of time reading Farmer's Almanacs - should we make those required reading in school? Lincoln, like many of his time and era, spent a great deal of time reading the King James bible - ought that also be assigned reading for all schoolchildren? How about Pilgrim's Progress, another major work in his literary maturation? Also note, most of Lincoln's education was at the hands of itinerant teachers - should we therefor abolish centralized schools, and instead send teachers roaming around neighbors to find students?

FWIW, I was interested in W's personal response to what he was learning. My response to that was also (obviously) very personal. As for what students should learn, I don't have a ready answer, I'm not convinced answering that question is really what W is about (and if it is, it looks to me like he got a little lost along the way), and I doubt I would trust anyone who claimed to have a ready answer.

Thousands will "never" get the chance to experience math education if we don't force it on everyone? Utterly absurd. There are any number of alternative options which you flatly fail to account for.

Returning to the invocation of Abraham Lincoln, the man learned mathematics and Euclidean logic DESPITE NOT BEING FORMALLY EDUCATED. He took an interest in it of his own accord, and sought out the knowledge of his own accord, and learned it of his own accord - and he did so without forcing all his peers to sit in a classroom with him and waste their time suffering and learning nothing of value to them, on the flimsy excuse that it was somehow the only way possible that Lincoln himself could have the chance to learn.

Electives are a thing.

I spend a lot of time with adolescents and young adults and they can barely read I can’t imagine them trying to tackle mathematics. I have an extremely low opinion of the intellectual capabilities of the average young American. I also think it comes down to the way it’s taught. It seems utterly meaningless and irrelevant there MUST be a better way.

As an aside I’ve often thought of revisiting algebra, geometry and trig and trying calculus at this stage of my life. I might do it.