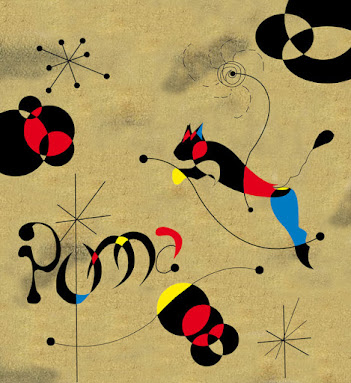 To avoid that unwanted social engagement, just say you're quarantining after exposure to Covid. (NY Times)

Interesting look at how one California Indian tribe is using archaeology to connect with their past. Their claim that they continued some traditional ways of life into the 19th century seems plausible, but the dating would have to be very precise to nail that down, and it usually isn't good enough.

For many politicians, style is part of the message; consider that the most intelligent political piece I have read in the NY Times this week is called "Why We Should Talk about what Kyrsten Sinema is Wearing." The argument is that she is flaunting her independence from the Democratic leadership in clothes that have gone rogue. It's hard to write about what female politicians wear without coming across as trivializing, but this writer shows how to do it.

Revisiting the Obama presidency through the writings of W.E.B. DuBois; after all the two men's biographies have many similarities.

Among intellectuals, there are two kinds of climate change skeptics: right-wing cranks, and hard-nosed physical scientists used to equating science with precision. Because there is no precision in climate science, just probabilities. Many of these hard cases are also put off by tricks like polls of what scientists believe: "Science is not something a scientist believes, but rather finds persuasive." Anyway here is a review of a book by hard-nosed physicist Lawrence Krauss about how he came to shrug aside those doubts and accept the need for radical action to reduce CO2 emissions.

What would happen to dogs if people disappeared? Interesting to learn that only about 20 percent of the world's dogs are household pets; many more are free ranging, either with an owner or without.

Former shoeshine man and scrap dealer Kermit Washington flew from New Orleans to Ohio with his $28,000 life savings to buy a truck, but the Feds decided it was drug money and seized it. It took Washington a year to get his money back. Civil Asset Forfeiture is an abuse of power we need to end.

The unspeakable awfulness of Albanian communism.

Noah Feldman thinks Abraham Lincoln destroyed the original American Constitution, which was founded on compromise among the states, and replaced it with a new one based on an uncompromising moral vision. (NY Times) I believe that something like this is true; I think Madison and Hamilton very much wanted the Constitution not to be a moral document, and that has certainly changed for many Americans. But I would put less emphasis on Lincoln personally and more on the Abolition movement, the Second Great Awakening, and the experience of civil war.

How crazy was René Magritte?

Converting soccer games to animations to investigate race and gender bias in how people evaluate players. E.g., people watching a clip of Senegal vs. Poland said the African players were more "quick and athletic," but with the players' identities hidden they said the reverse. Interesting, but everybody knows that 90% of what fans say about games is nonsense anyway, so probably not as important as these researchers seem to think. Other studies have shown that people think athletes in black socks are slower, and those in red uniforms are stronger. The pros are using fancy tracking software and analytics to analyze players, so they know who is really quicker, and they're the ones setting salaries etc.

In Norway, the supreme court ruled that wind farms violate the cultural rights of Sami reindeer herders. Opposition from native communities, which has also happened in the US, is yet another problem with our finding enough space for wind and solar power.

The US military has long made use of Norway's artificial seafront caves to preposition material in the event of Arctic fighting, and they just announced they are setting up a 150-bed hospital in one of these caves.

Pretty Loud is a hip-hop band made up of young Roma women from Serbia who rap about empowerment for Roma women – delaying marriage, getting education, having choices. Interesting that they were actually created by an NGO set up to promote Roma education, GRUBB - Gypsy Roma Urban Balkan Beats, and also that they "draw on the thriving culture of Balkan hip hop". Wikipedia, NY Times, mash-up of their work on YouTube.

An Indian graduate student on his first impressions of America.

This week's music is Mark Knopfler: Privateering, Haul Away, Brothers in Arms, a live version of Telegraph Road with a long guitar solo, and one with Emylou Harris, If this is Goodbye.

In Norway, the supreme court ruled that wind farms violate the cultural rights of Sami reindeer herders. Opposition from native communities, which has also happened in the US, is yet another problem with our finding enough space for wind and solar power.

No, they did not rule that "wind farms" (overall) violate the cultural rights of Sámi reindeer herders.

They ruled that two specific wind farms were in violation specifically because they were interfering with reindeer migration paths, and thus were breaking the terms of their licensing agreement, which expressly stipulate that construction not produce such interference.

This was a very specific case where two installations were built too close to migratory paths without accounting for the fact that the turbines have a certain radius around them where they will impact reindeer migration through noise, etc, which in this case did extend far enough to overlap with migration paths.