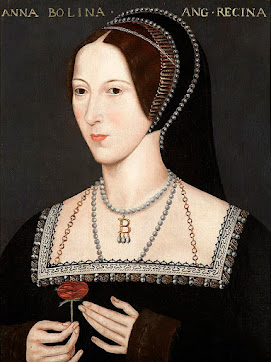 When Anne Boleyn fell from power and was executed, all trace of her was removed from the Henry VIII's court; her portraits were burned, her possessions ruined or scattered. 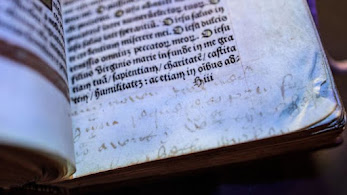 Earlier this year scholars announced that in examining what is said to be the prayer book Boleyn carried with her to the scaffold they were able to read the names of several women, apparently a network of Boleyn's female relations who preserved the book and risked execution by writing their names in it. 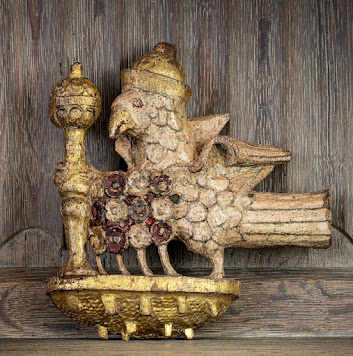 Now a falcon statue bought for £75, made of painted wood, has turned out to be one of several that Henry ordered installed in Hampton Court Palace before his wedding to Boleyn, then had removed and destroyed after her execution. Why did one of these survive? Again, probably because an admirer of Anne took it, smuggled it out of the palace under her skirts, and preserved it in her memory. 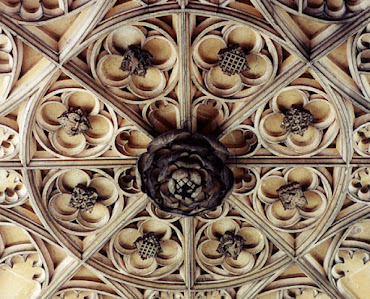 I love these little acts of resistance, although what I really wish is that somebody had stuck a dagger in the king's eye.
Posted by John at 7:57 PM

I love these little acts of resistance, although what I really wish is that somebody had stuck a dagger in the king's eye.

Now I wonder how wildly differently history would have played out if Henry VIII was assassinated in retaliation for his execution of Boleyn...

Mary might have taken the throne, but doubtless would have been maneuvered and controlled by Henry's "cabinet."

It would be fascinating to see several variations on this theme crafted by scholars of the Tudor period!!

Anne was very much Henry's Protestant queen, so I imagine if Henry were assassinated in revenge for her death, this would have discredited the Protestant cause. In addition, Henry's violent death would have been seen as the judgment of God against him for his separation from Rome. So I imagine a likely outcome would be a more or less powerful Catholic revanche and very likely a civil war ending quite possibly in a draw and religious division.

The consequences for broader world history are incalculable. Would there have been much less to no English settlement in the Americas? Or an early settlement by large numbers of refugees (and of what sort would these be)? Would the main languages of North American Europeans be Spanish, or French, or both, or still English? Would North America be a Catholic continent?