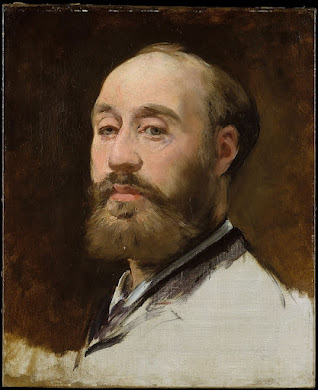 The copper mines in Israel's Timna Valley may or may not have been "King Solomon's Mines" (a phrase that never appears in the Bible), but archaeology done there raises all sorts of interesting questions about the societies and governments of Canaan in 1000 BC. (Smithsonian)

A Cambodian looter, facing death from cancer, is now identifying the objects he stole in museums and private collections around the world, helping Cambodia to recover them. (NY Times)

The Aerial Archaeology Mapping Explorer, which allows you to view archaeological features that have been documented across a fair percentage of England. Extraordinary.

Dezeen's architecture awards for 2021. A few are ghastly but some are interesting.

There is a woman on tiktok who has gotten kind of famous by arguing that ancient Rome didn't exist but was invented in the Renaissance, and Pompeii is a Victorian theme park. Of course I have not seen any of her videos but I always wonder in these cases who believes it and why. Is it all just trolling? Sometimes I feel bad that I have never had more success as a blogger but then I read about the people who have and have no desire to be them.

Wild turkeys were rare a hundred years ago, but as hunting has declined and suburbs have spread, they have surged back. Now they have become pests in many areas and are taking over college campuses across the Midwest and Northeast; most people find this cute, but they can be aggressive and some people are not amused by their thievery. (NY Times)

Magdalena Andersson was Prime Minister of Sweden for seven hours. I foresee a long future for her as the answer to a trivia question.

Large trial finds that psilocybin is an effective treatment for depression. On the other hand the study seems to show that psilocybin works about as well as Lexapro, which I find discouraging; if you can get the same effect from a much less dangerous drug, why would you take psilocybin? Ok, I can think of one reason why, but this doesn't seem like great medical progress to me. This is nothing like as promising as the results some trials are finding for ketamine.

The killers of Ahmaud Arbery were convicted after a trial in which the prosecutors never mentioned race or racism. I feel like there is a lesson in that about how progressives can make progress on a whole range of issues. (NY Times)

The current course of the pandemic doesn't look good. It seems clear that everyone is going to need at least one booster, and that we need a new vaccine better formulated to fight the Delta variant. New variants keep emerging, and one spotted in South Africa may be even more resistant to the existing vaccines. I suspect that we are in for another bad wave over the winter. I suppose the bright side is that improvements in treatments mean that fewer people will die.

The grim toll of air pollution, especially in the cities of India and China. The rich nations have shown that cleaning up particulate pollution can be done, but they have also shown how much it costs to do so.

A Cambodian looter, facing death from cancer, is now identifying the objects he stole in museums and private collections around the world, helping Cambodia to recover them.

...and they are verifying his claims... how? Because there is a whole heck of a lot of conflict of interest possible here, and I highly doubt that this looter created or kept records documenting his illegal thefts.

That's a good question. I assume they are contacting the owners and demanding to see their proof of provenance, and then checking to see if it is any good. After all museums and collectors would not return objects just based on one old man's say-so. But the Italian police have found that knowing the actual origin of a piece makes it much easier to find fraud along the chain, telling which dealers to focus their efforts on.

Checking provenance is all well and good, but even if an item doesn't have verifiable provenance, that's not the same as being able to verify its actual origins.

If the point of this is to return things with uncertain provenances to Cambodia, surely that creates the onus of having to prove they actually came from Cambodia in the first place? How can that be established after the fact, with any excavations or removals of pieces not having been documented, and the source of the claims being inherently suspect?

What's stopping the Cambodian government from having cut a deal with this man and instructed him to intentionally select pieces that are already known to be of uncertain provenance? What's stopping them from claiming anything which only might plausibly fit their claims? Suppose they claim artifacts dating from the Khmer Empire which could have originated in Cambodia, but which just as easily might have originated on the other side of modern borders, in present-day Vietnam, or Thailand, or Laos? Are they going to present their claims to their neighbors and allow those governments a chance to dispute matters and make their own claims?

Unless they can somehow definitively match each given piece to a given site through tangible evidence, I don't see how this can be trusted.

I apologize in advance for leaving this here as a comment, but I couldn't locate an email address on your blog.

I'm working with a nonprofit that is sponsoring the "Etruscan Prize." $1 million for an archaeologist who finds a sufficient new inscription that allows for the deciphering of the Etruscan language, and $1 million for the linguist that actually deciphers it.

Such prizes have motivated discovery in the past, for things like calculating longitude and pioneering transatlantic flight.

All the information can be found here: https://www.indiegogo.com/projects/the-etruscan-prize-1m-for-deciphering-etruscan#/

Our specific ask is you help spread the word by sharing it on all your social media: blog, Facebook, Twitter, mailing list, and so on. Please send us the links to your posts or tweets as well.

Please email me with questions. Thank you.