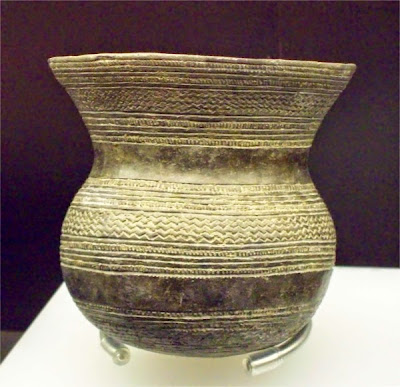 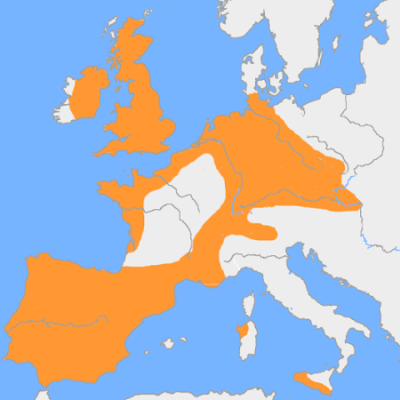 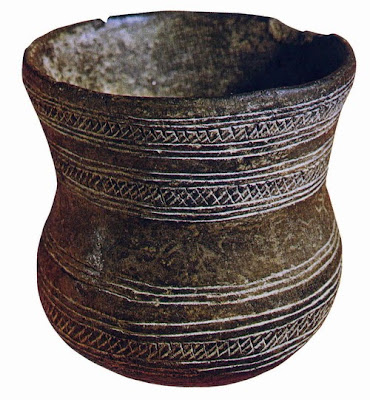 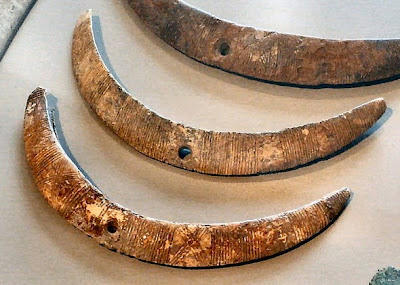 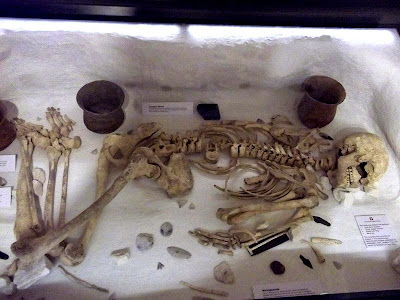 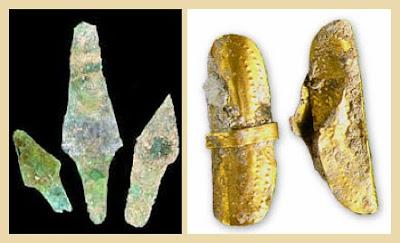 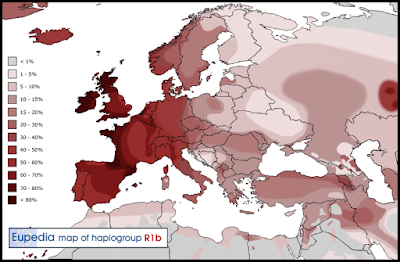 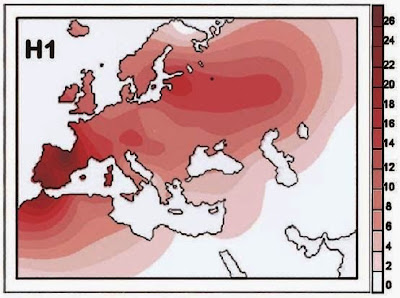 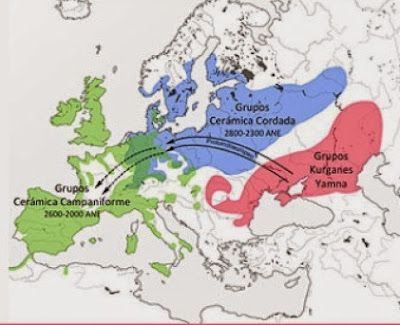 I want to emphasize that this is a very simple schema, not a detailed picture. All modern populations are genetic mixtures, and this seems to have been true about all important European groups in the past. I expect to see a lot of simplistic crap over the next decade connecting this gene to that people, moving from here to there, etc. Most of it should not be taken very seriously. But it is amazing to think that we have learned so much so quickly about events that took place 5,000 years ago.
Posted by John at 2:23 PM

Fascinating stuff, all new to me. If I'm reading all this right, R1b seems to be the most successful lineage. I take it R1b-S21 must be a later mutation of the original R1b? If so, R1b itself, judging from the table in the earlier post, was spectacularly successful. Would it represent just one male ancestor?

One male ancestor, yes, but a long time ago. Each mutation happened, the thinking goes, only once. The mutation that created R-1 happened on the order of 18,000 years ago. R1b originated maybe 10,000 years ago. R1b-S21 is another mutation that happened in some man of the R1b clade. Etc. The time estimates come from looking at all the men who are R1b and seeing how many other diverse mutations they carry. The reason the estimate is so vague is that the mutation rates depends on the size of the population, which we have to guess.

The business of explosive radiation I wrote about earlier is different; a clade can expand gradually over time without that happening.

Great post. I agree with the genetic insularity of Europe post Early Bronze Age. I think this is part of what makes the Beaker and Corded phenomena so interesting on a cultural level.

I also agree with the statement that this situation has changed with immigration policy and declining native birth rates beginning in the sixties, really the first major external change since the Late Neolithic.