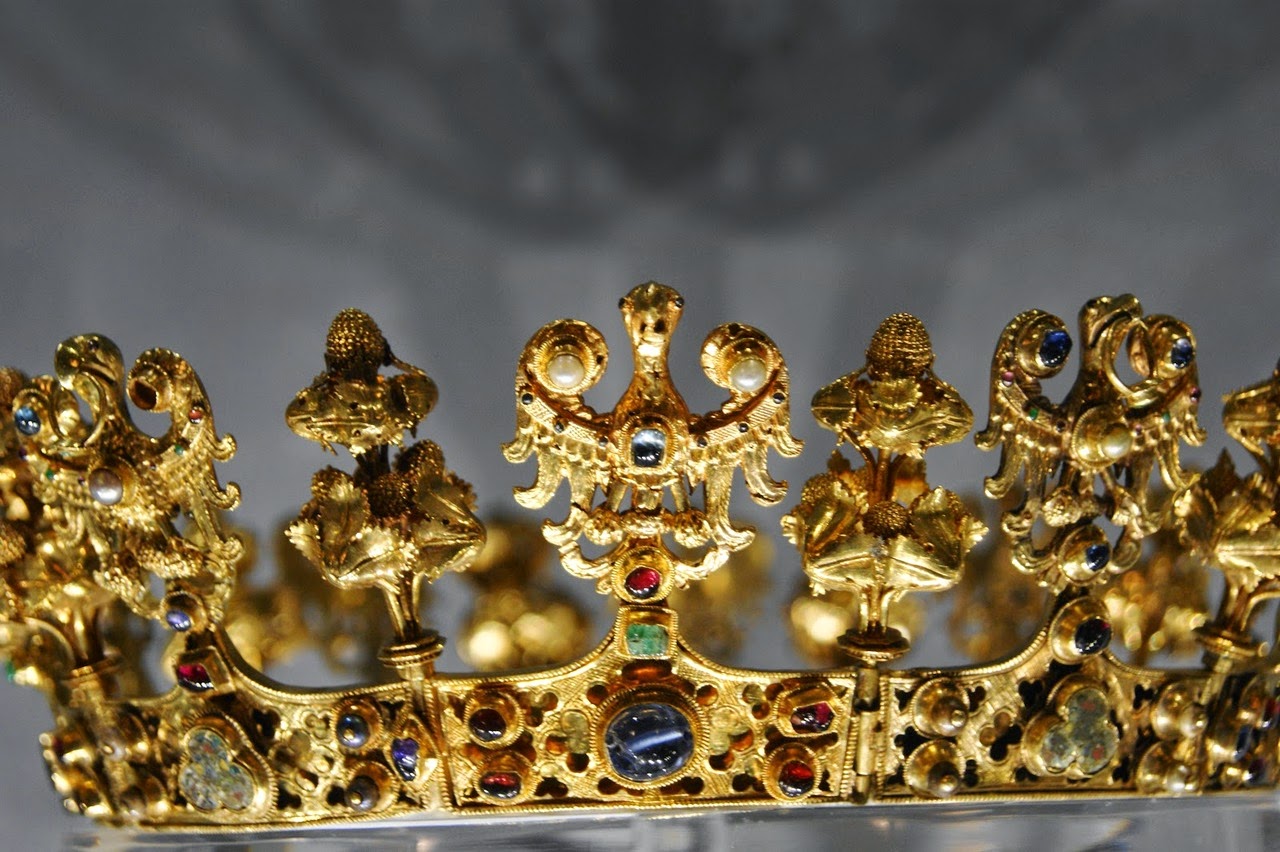 Środa is a medieval town in Silesia, southwestern Poland. In 1985 a worker doing some renovation in an old house on the town square smashed into an urn filled with about 3,000 silver coins. This was "secured by the authorities," as accounts say -- keep in mind that Poland was still communist at the time -- and most people thought that was that. 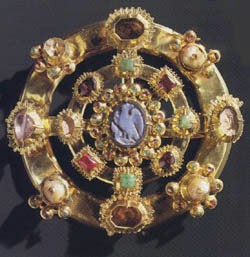 But then three years later more gold and silver started turning up. These finds were kept quiet for a while and most people think that much of the discovery vanished into private hands. So much was found that somebody thought to scour the municipal dump, turning over piles of rubble taken from renovation projects in the area. More treasure was found there, including jewelry. The government first launched a program to buy back the treasure from the people who had it, and some pieces were recovered. Then they turned nasty and started searching people's houses and threatening them with arrest. They also sent in archaeologists to do a thorough search of the building most of the loot had come from; they dug up some pieces from the basement with a backhoe. 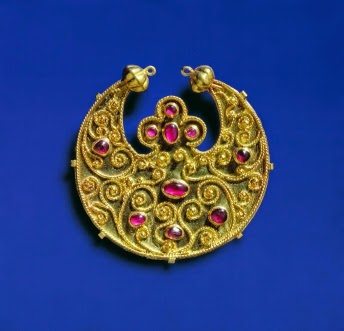 Most of the more than 4,000 pieces in the treasure are coins, but they also include the crown, brooch and pendant shown here. Crowns are rare and distinctive items, and it was this crown that allowed historians to pin down the treasure's origins:


It is now agreed that the treasure belonged to the King (later Emperor) Charles IV of the House of Luxembourg. Around 1348, needing funds to support his claim to the King of the Romans, Charles pawned various items to the Jewish banker Muscho (Moshe, Mojżesz) in Środa . . . Soon afterwards, the black plague visited Środa. Muscho was not heard of again and it is believed that he either fled from the plague-struck town, died of plague, or perhaps fell victim to pogroms as Jews were blamed for spreading the plague. What is certain is that no one ever reclaimed the treasure, which was left hidden somewhere in the town for hundreds of years.

The crown probably belonged to Charles' first wife, Blanche of Valois; the crow and some of the other pieces have wedding motifs, so they may have parts of her trousseau.

What an astonishing story -- so much like an adventure movie that it is hard to believe it happened. But it did.
Posted by John at 6:50 PM