The Celtic Princess of the Danube 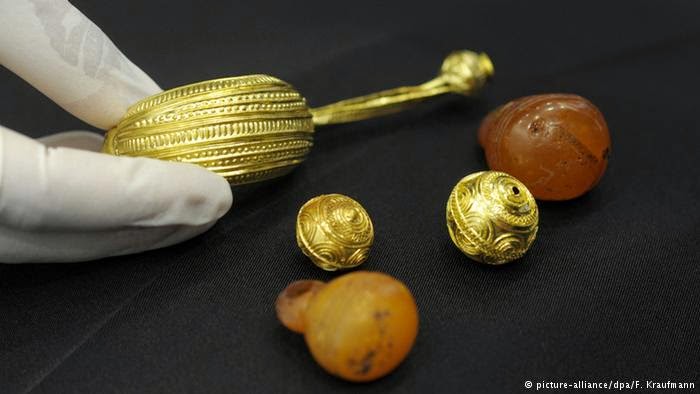 Back in 2010, German archaeologists were exploring a Celtic cemetery along a small tributary of the Danube called the Bettenbühl, near the major settlement of Heuneburg. Most of the graves here had been thoroughly looted long ago. With enough patience the archaeologists eventually discovered a wooden burial chamber that seemed to be intact, the timbers preserved by the wet soil along the stream. Opening the top, they found a gold brooch. 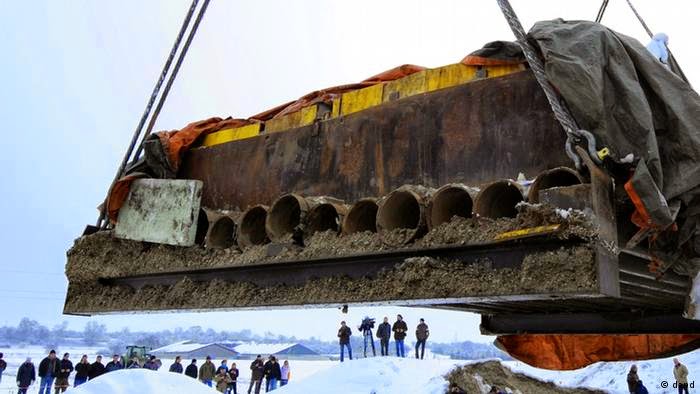 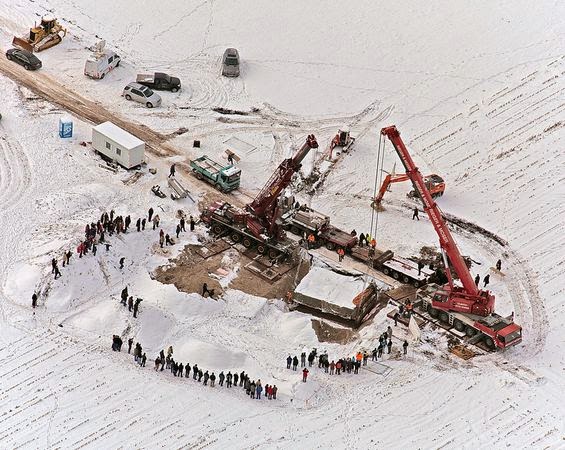 Deciding that the muddy stream bank was no place for a thorough investigation of the grave, they encased the whole thing in steel bars, lifted it out with cranes, loaded it on a truck and took it to a lab in Stuttgart. 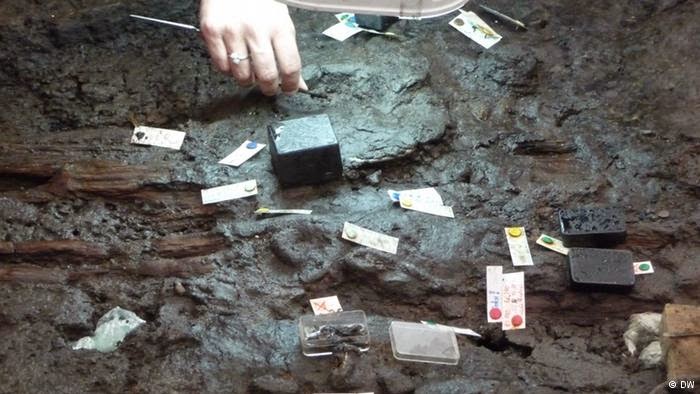 There they spent the next three years painstakingly taking the wooden box of the chamber burial apart and analyzing the contents. 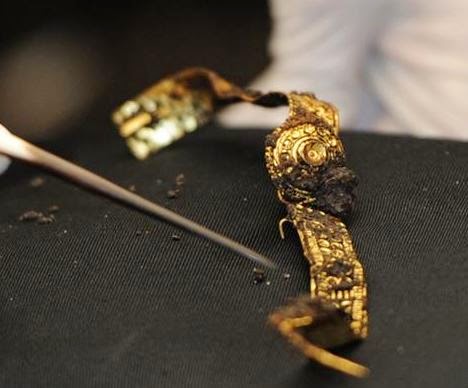 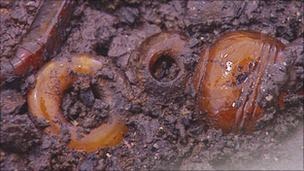 It turned out to contain the remains of two women and a young girl of about 3. One of the women was between 30 and 40, bedecked with gold and amber; the German press dubbed her the Celtic Princess of the Danube. The young child was also bejeweled, so the general idea is that she was the Princess's daughter. The third woman had no jewelry, so perhaps a servant. 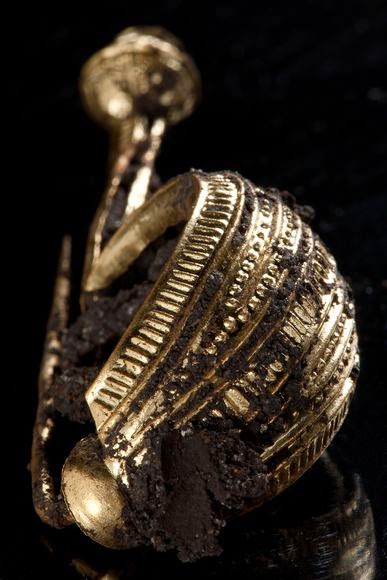 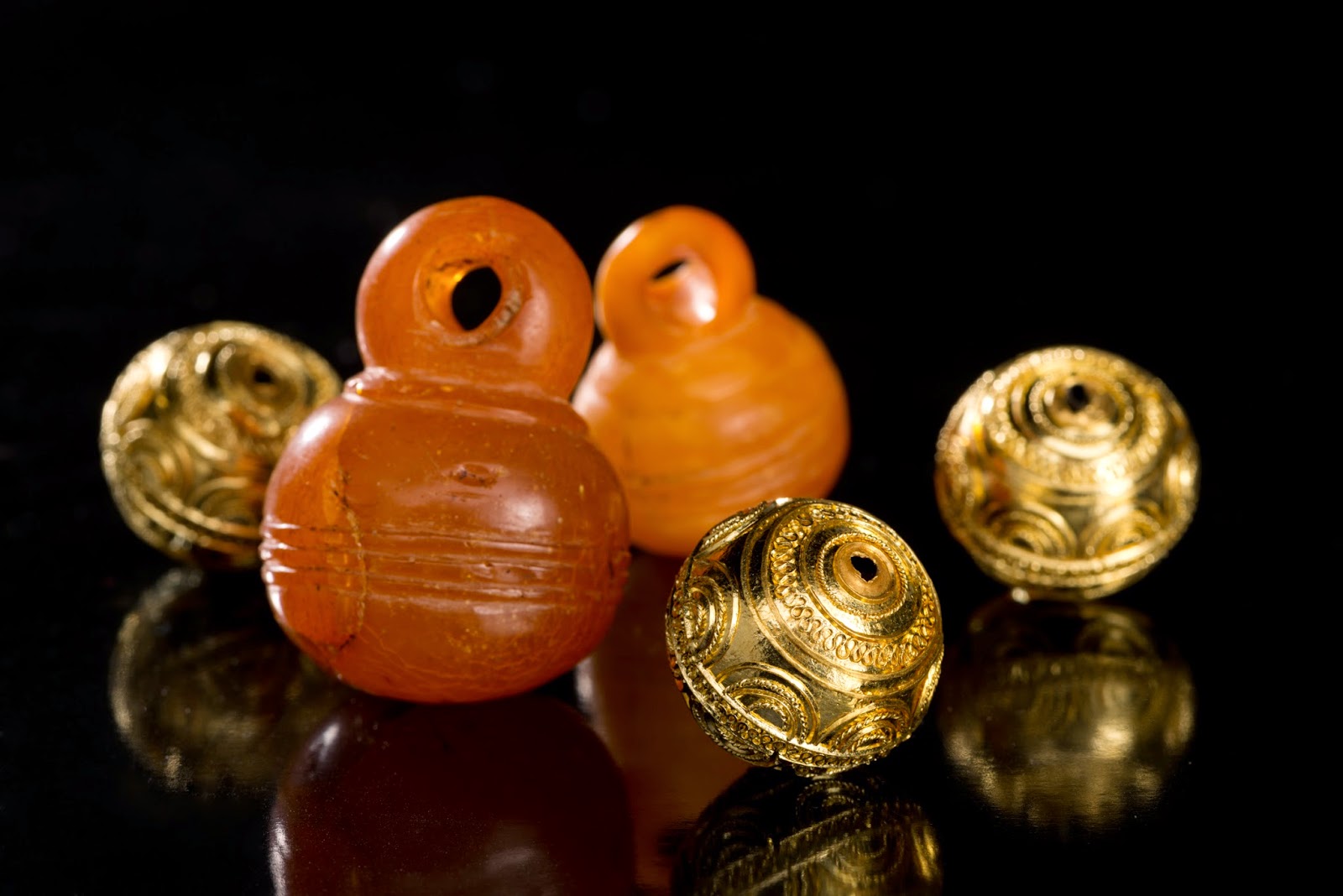 The burial was tree-ring dated to 583 BCE, making it the earliest royal burial of what archaeologists recognize as the early Celtic culture. (I should note that some archaeologists think it is crazy to use the label "Celtic" for people who lived 250 years before we have any information on their languages, but you should have expected that since archaeologists agree on nothing.) 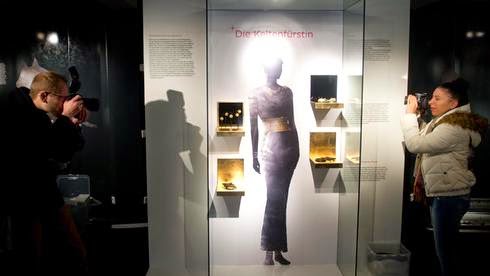 Now the finds have gone on display at the New Palace in Stuttgart. Sadly, this washed-out image accompanies every single article I can find on the discovery in German or English, so this is the best I can do for now. But if anybody gets to the exhibit and manages to get a photo without glare, would you mind sending me one?
Posted by John at 4:21 PM