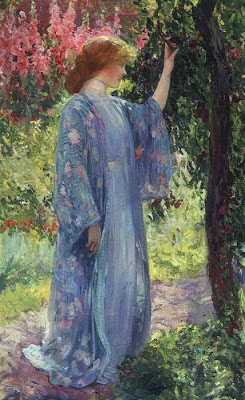 I've been exploring California Impressionism this week, an artistic movement that I had never heard of until about a month ago. There are a lot of nice painting in this genre, things that would look great on your living room wall, but not many that are striking or memorable. My favorite work so far is this one, The Blue Kimono (1910) by Guy Rose. Rose (1867-1925) was the son of a wealthy rancher and state senator, and he took the high road into art, studying first in California schools and then at the Academie Julienne in Paris. He threw himself into French culture, even living for a while in Giverny just down the road from Monet's villa, where he was a regular guest. He also lived at various times in New York and Rhode Island. In 1914 he moved back to California, where he lived until his death. He was a prolific painter and his works seem to be hot right now, since there are several galleries advertising online to buy his works, with examples of his signature to abet recognition. 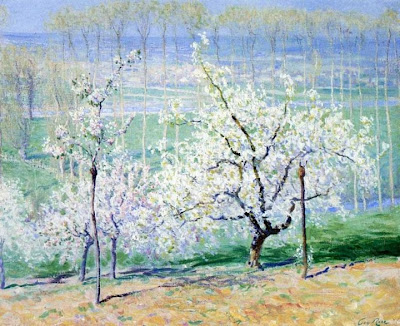 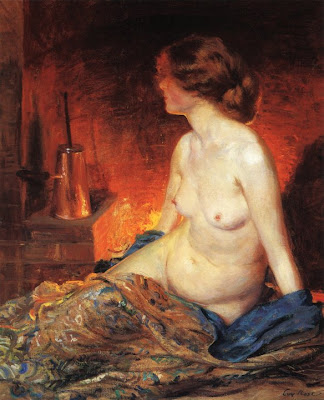 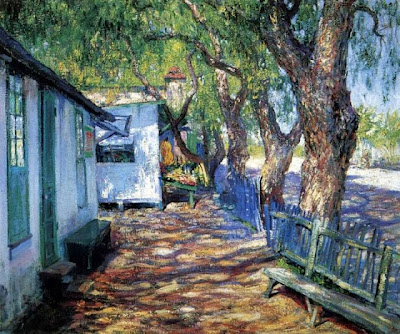 These are from this blog post, which has a nice collection of Guy Rose images, none with titles or dates. 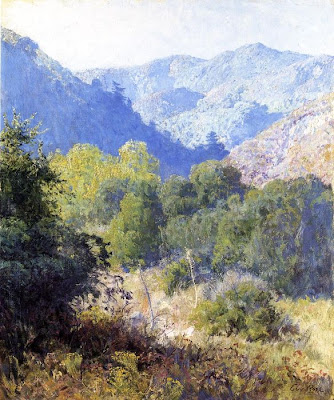 View in the San Gabriel Mountains. This seems to be the standard "California Impressionism" image, some softly tinted California hills. 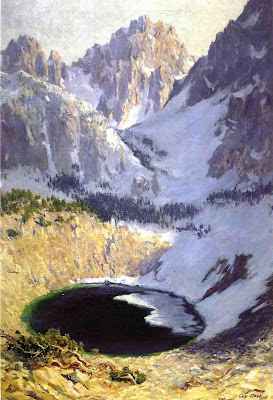 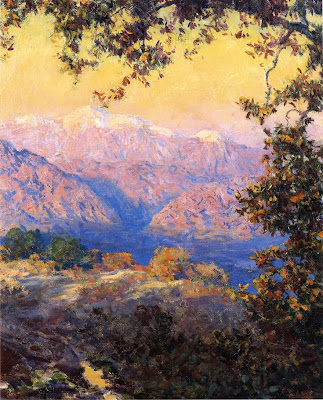 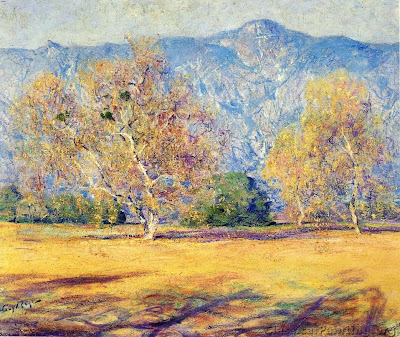 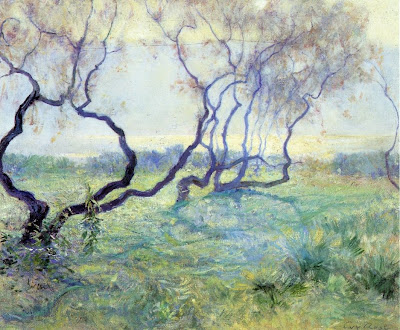 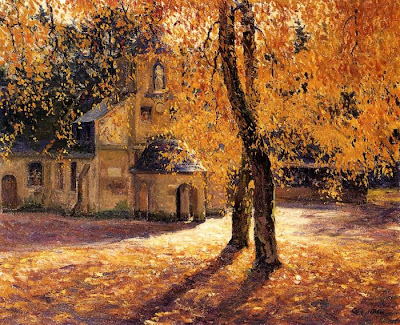 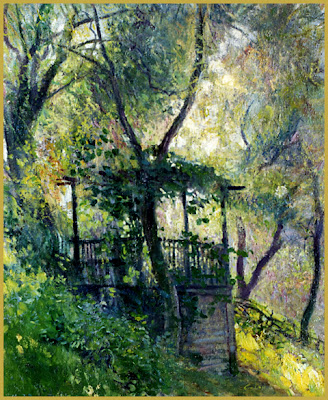 The Old Summer House.
Posted by John at 5:56 PM