The Sleeping Lady of Malta 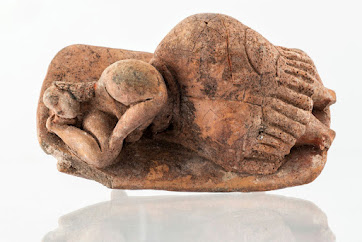 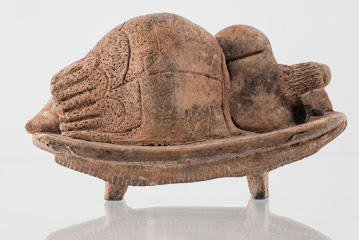 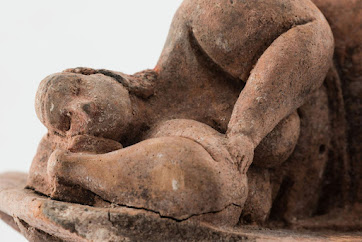 A wonderful Neolithic work discovered in the Hal Saflieni Hypogeum. That temple/burial complex was discovered accidentally in 1902 by workmen who tried to cover it up so they could keep working, and in the process they threw out a lot of human bones and grave goods. But the government eventually found out, gave the workers a severe scolding, and began real excavations. I can't resist pointing out that one of the archaeologists was  Sir Themistocles Zammit, which has just vaulted into the Pantheon of my favorite historical names. 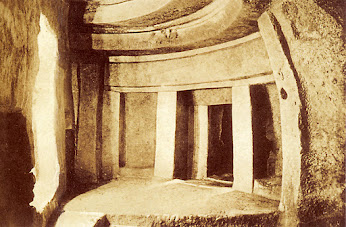 The Hypogeum shortly after its discovery. Dates that I have seen in a quick web search vary between 3300 and 2500 BC. Much of the complex was hewn into the rock, including the false pillars and lintels, which are just relief carvings. 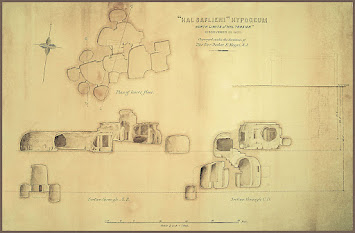 Plan and section drawn by the original excavators. The complex consists of a cluster of burial chambers surrounding a central room likely used for funeral rituals. The Sleeper was found in one of the more intact burial chambers, so it was part of someone's grave goods. 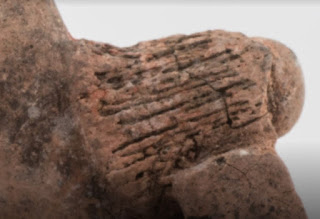 Interpretations of the famous sleeper have been all over the place. Mother Goddess? Love Goddess? Representation of the eternal sleep of death? Portrait? One obvious thing is that it closely resembles the figurines made in central Anatolia. These cultural similarities are why archaeologists were sure Europe's first farmers came from Anatolia even before this was confirmed by genetic evidence. But the religious beliefs that those pioneering farmers brought with them remain almost entirely obscure to us. People have tried to reconstruct them, using their art, religious structgures like the Maltese temples and the house shrines of Çatalhöyük, the most ancient seeming bits of Greek myth, and similar sources, but to me none of it is convincing, and none of it conveys how these people saw the universe.
Interesting web site with huge zoomable images of the Sleeper and the Hypogeum here.
Posted by John at 7:09 AM