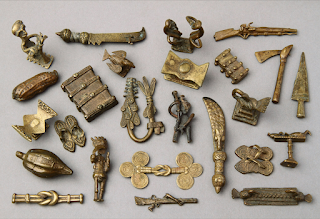 The Asante Empire, more or less modern Ghana, lasted from 1701 to around 1900. The most common currency in the empire's markets was gold dust. This required weighing, so everyone doing business carried around a set of scales and weights. 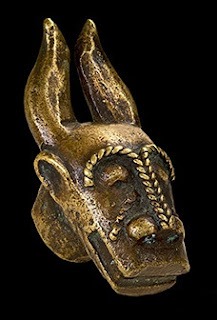 The earlier examples were just geometric shapes, but by 1800 most of them were tiny scupltures around the size of a Monopoly piece. 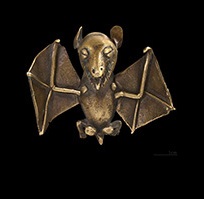 You could buy anything with gold dust in Asante, so there were special tiny "wind scales" for weighing out a few grains of dust, and tiny weights to match. 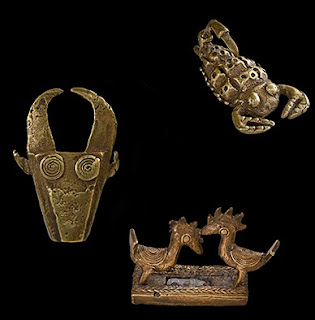 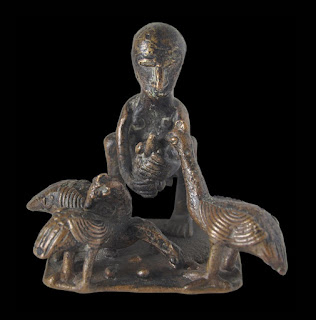 These became a lot less useful after the British introduced their coinage in 1896 and required that taxes be paid that way. The gold dust economy gradually disappeared, and many of the now useless weights were bought by Westerners, Now there are thousands in museums and private collections around the world. 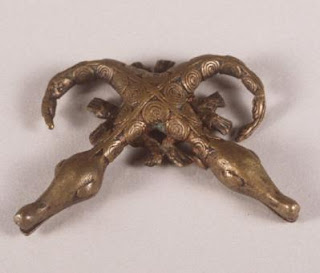 Some of these are said to represent folk tales or proverbs. For example, the two-headed crocodile is from a proverb about family squabbles. The two heads squabble over who gets to eat even thought they have only one belly, just like family members squabble even though they have the same interests. 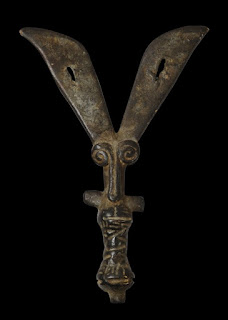 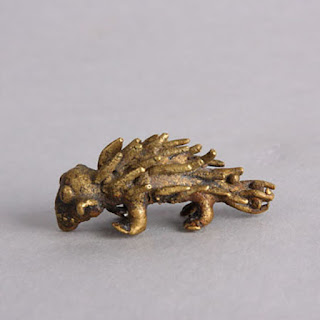 I just discovered the tiny objects today, and I find them delightful.