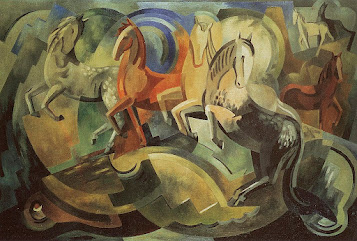 Mary Harriet "Mainie" Jellett (1897-1944) was an Irish painter best known now for being one of Ireland's first abstract artists. Which is sort of silly when you remember that ancient Celtic art was also mostly abstract, but who can remember that far back anyway? (Achill Horses, 1939) 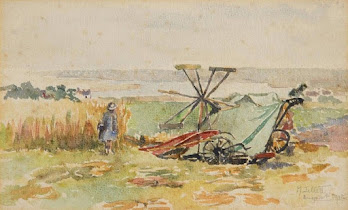 She came from an elite Dublin family; her father was an MP, and one of her teachers was Elizabeth Yeats, the poet's sister. Here's an early work, Child and Cart, 1918. 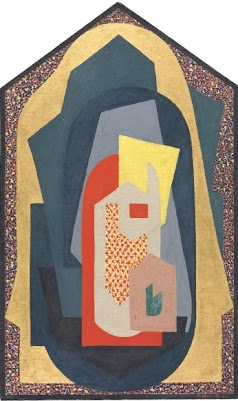 Jellett moved to Paris in 1921 with her "companion," artist Evie Hone. Not entirely clear about their relationship, since both were known to be devout Catholics, and Hone in particular did a lot of work for the church. In Paris Jellett learned about Cubism, and when she returned to Ireland in 1923 she exhibited two abstract works. This is one, Decoration. It was quite controversial in Ireland; one critic said she was suffering from the "artistic malaria" of cubism, which I find amusing. 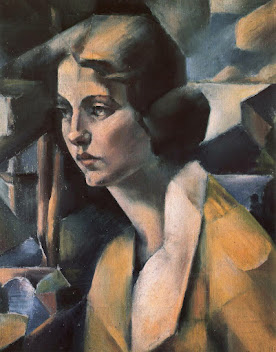 A portrait I can't find out anything about; I got it from Tyler Cowen, where I first learned about Jellett. 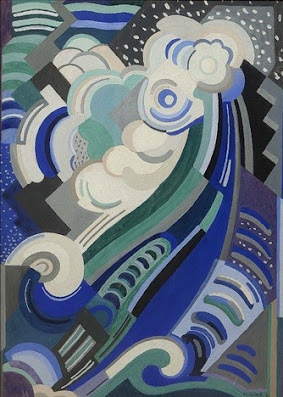 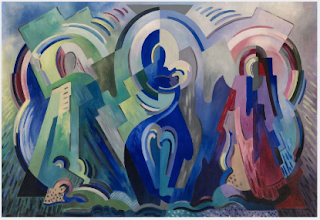 The Madonna of Eire, which assimilates the Virgin Mary to the tradition of Celtic triple goddesses. 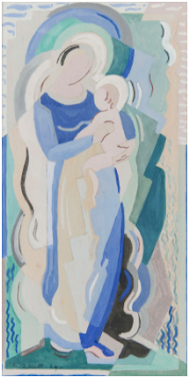 And a more conventional Madonna, from 1939. Jellett died of cancer in 1944, and I haven't founded any work for her dated after 1939. I'm not sure if she was ill or spent the war years in other pursuits.
Posted by John at 6:11 AM