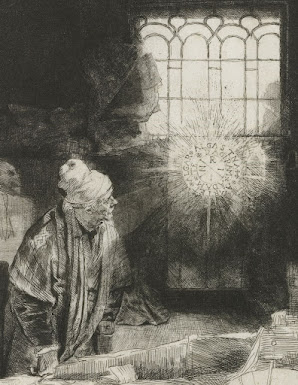 The mystery of how hundreds of postcards came to have exactly the same sky.

Caltech's new walking, flying drone explained in a one-minute video. To me it has a strong Star Wars vibe.

How universal are human emotions? (This article starts with a major error, stating that the view that emotions are universal was originated the 1960s, when it actually goes back at least to the ancient Stoics, and Darwin was among its great advocates; but don't give up, it gets better on more recent stuff.)

Sensible Vox update on where we stand with driverless car technology.

Excavating the remains of a V-2 rocket in England.

The strange worldwide problem of cargo ships abandoned by their owners with their unpaid crews still onboard.

The "Opportunity Zones" tax avoidance scam, created by Congress, made into a scandal by governors who saw opportunity everywhere. (NY Times)

NY Times review of what sounds like an interesting book by a American immigrant from an elite Filipino family. And yet he keeps asking questions like, "Why was America so kind and yet so cruel?' Dude, life is so kind and so cruel; being in America has nothing to do with it.

Lots of fooferaw in the news about the bad effects of social media on the mental health of girls, but no real evidence supports these worries. (NY Times)

The Biden administration proposes building offshore wind farms along large parts of the US coastline.

Inflatable tires are a major source of pollution: designed to wear out, prone to failure, difficult to recycle. People have been talking about replacement technologies for decades. Airless tires are already on the market, greatly reducing the number of flats and tires disposed because of them; now there it talk of commercially viable unified wheels that last as long as the vehicle, largely eliminating the need for disposable tires.

Charming paintings of Korean corner stores by Lee Me Kyeoung.

I know I harp on this too much, but it was forced on me by my children's elementary school teachers. Anyway, here is the National Museum of the American Indian: "Question: What is the correct terminology: American Indian, Indian, Native American, Indigenous, or Native? Answer: All of these terms are acceptable."

What does a wikipedia article look like when the experts don't agree on anything? Consider this article on the size of Ming Dynasty admiral Zheng He's "treasure ships."

In the US, people over 65 are more likely to vote Republican, more likely to support Trump, more likely to watch Fox News, and generally prone to believe online misinformation, but more than 95% have been vaccinated for Covid-19. (NY Times)

I wonder if selection bias plays a part here. People over 65 are people who were born in 1956 or earlier - a period in time in which the public was far more fearful of uncontrolled diseases, and far more eager for vaccines.

I've read that when Jonas Salk was performing field trials for the polio vaccine in 1954, more Americans knew his name than the full name of the sitting president. Even the youngest of the 65+ crowd, born in 1956, would have grown up in an atmosphere of vaccine positivity - particularly since they had parents, aunts and uncles, older siblings, grandparents, etc, who all would have had direct experience with the terror people lived in before the vaccine became available in 1955.

People over 65 all lived through the transitional period from the time when these diseases plagued countless children, crippling and disfiguring many, to the time afterward in which vaccines offered mercy and protection from these horrible afflictions and eventually their virtual eradication in the United States. They all saw for themselves the difference vaccines make, and the importance of getting them.

However, many younger conservatives grew up in a world devoid of these diseases and their hideous ravages, and consequently lack an appreciation for just how vital vaccines are to protecting the populace from senseless illness and death. Presumably they are primarily the ones who distrust the vaccines, because such vaccines seem to them to have appeared suddenly in a country that has not seen many major epidemics in a very long time, and which has therefor "not needed" vaccines in a long time.

Airless tires are already on the market

Where? I've not seen anything that isn't still a prototype.

I know Michelin and GM have stated they hope to have offering by 2024, but nothing is purchasable by the public at the current moment as far as I'm aware. (Or at least, nothing for cars yet - I think you can get them for things like certain industrial vehicles, golf carts, etc.)