A Carolingian Pottery in Sevrey, France 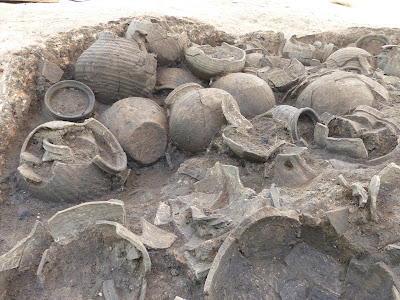 Archaeologists working in Sevrey, France, recently uncovered a potter's workshop and kiln dating to the eighth and ninth centuries AD. 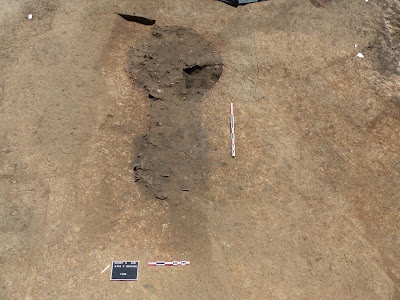 This small town had already produced evidence of potters in the Merovingian Period (sixth and seventh centuries) and the tenth century, so this discovery fills in the gap and show that pots were made here through the early Middle Ages. Above, the remains of a kiln. 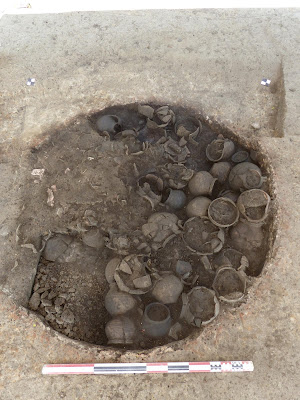 According to INRAP, the town was perfectly cited for potting, with access to excellent clay, forests for fuel, and the Saône River to ship the goods. This was pretty rough stuff, but it was thrown on a wheel and produced in quantity. Commerce did not die out in early medieval Europe, it was just at a lower technical level and smaller scale than in Roman times.
Posted by John at 6:14 AM