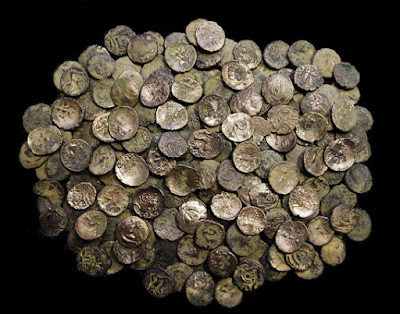 The Laniscat Treasure is a horde of Gallic coins found in Brittany during rescue archaeology before the construction of a new highway in 2007. The 545 coins are all electrum, an alloy of gold and silver; 58 are staters and 487 are quarter staters. The horde was buried in the first century BC, probably at the time of the Roman conquest. 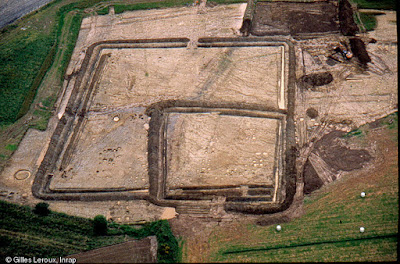 Aerial view of the site, which was a large farm or villa enclosed by a bank and ditch (and probably once a hedge). The larger rectangle is the Gallic estate. It measured 7500 square meters, so about 275 feet on each side. The smaller rectangle in the lower right corner is the later, Roman villa that replaced it. 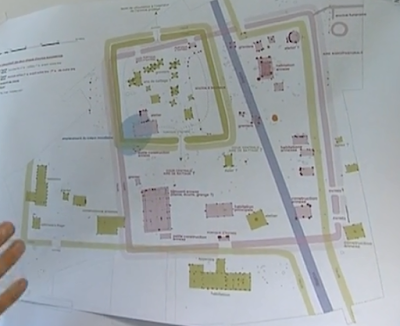 Site plan, which is hanging on the wall during part of this video. 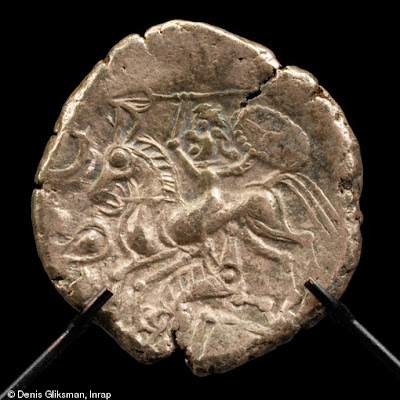 The coins had been plowed up and were found scattered in the plowed soil, but they are in such good shape that this must have happened just a year or two before the archaeologists moved in. 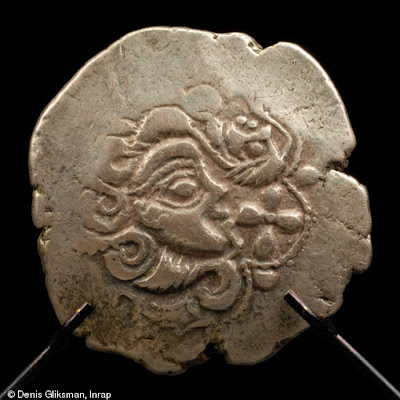 The horde includes coins from several mints, and several very rare types are represented. The two coins above are staters. Below is a sample of the 1/4 stater coins, including some strange and obscure images. Lots more at the INRAP web site. Narrative of the excavation (in French) here. 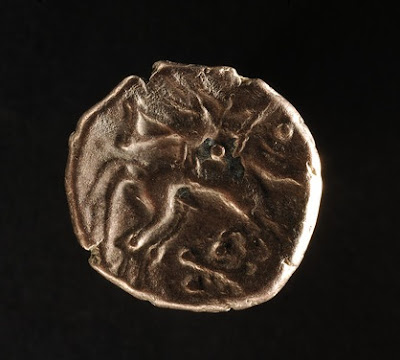 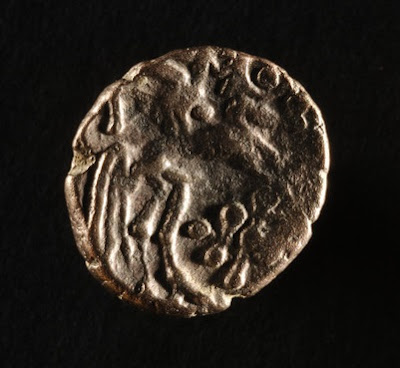 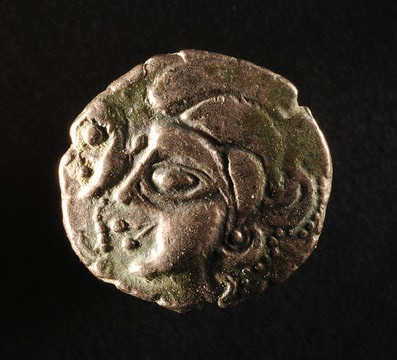 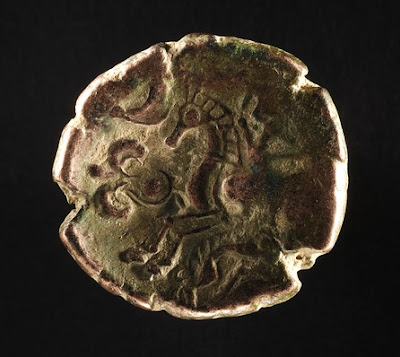 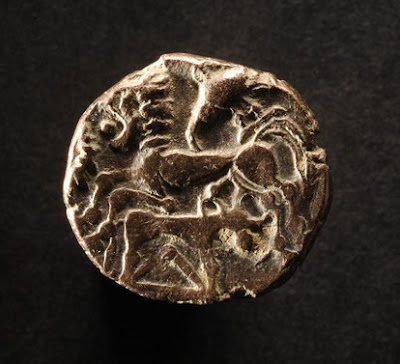 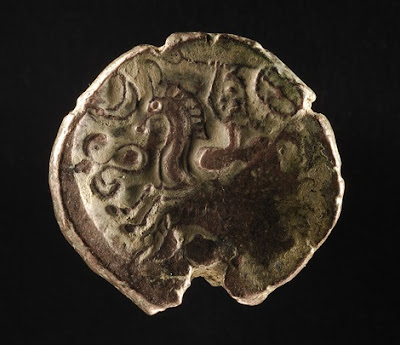 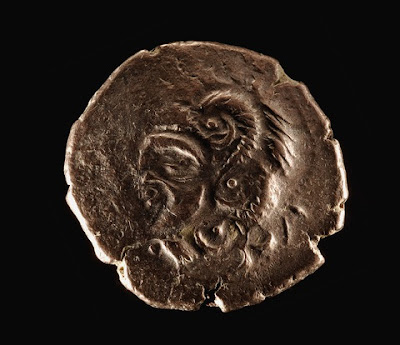