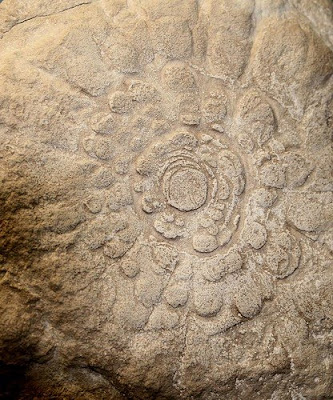 The "Precambrian" period was originally defined as the time before multi-cellular life. But then people began to find fossils in Precambrian rocks. These are sometimes called the Ediacara fauna, after the rocks in Australia that have produced the best specimens. The weird thing is that the Ediacara life forms don't seem to be related at all to the modern branches of life that first emerged in the Cambrian (arthropods, molluscs, that sort of thing). Were they some sort of evolutionary dead end? (One of the more obvious specimens is shown above.)

Whatever they are, there is now a new type, found in Spain (below). And once again it doesn't seem to be related to any later species. 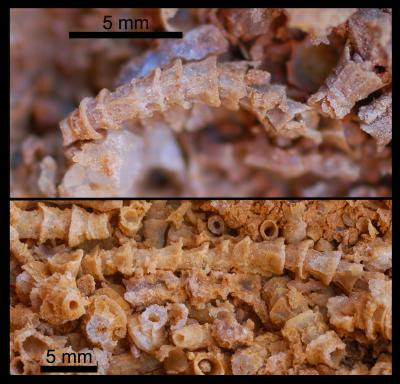