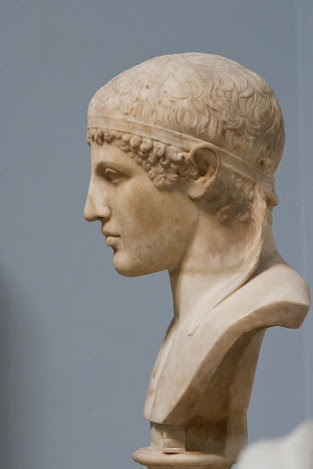 Anadoumenos - First century BC. Classical head from
full-length statue, restored and placed on a modern base.

The US government keeps trying to channel funding toward places with lots of poor people and a shortage of jobs, and they are trying again with the CHIPS and Science Act, which includes billions for "regional technology hubs" etc. But the track record of these efforts is abysmal, always overwhelmed by the social and economic forces that lead to concentration of industry in the first place.

We underrate the pleasure of sitting and thinking: "Participants (university students; total N = 259) were asked to sit and wait in a quiet room without doing anything. Across six experiments, we consistently found that participants' predicted enjoyment and engagement for the waiting task were significantly less than what they actually experienced."

Why aren't smart people happier? This piece argues that we define intelligence as the ability to solve well-defined problems, but happiness rests a lot more on the ability to solve ill-defined problems like "how can I find a good spouse" or "what career should I pursue." Interesting but I think this answer ignores mental health and genetic predisposition and also what I think is one of the biggest ingredients in happiness, acceptance.

Using algae to make lime for concrete greatly reduces the carbon footprint, but it's a long way from being commercially viable.

Treasure of the Maravillas, a 17th-century Spanish shipwreck in the Bahamas.

Twitter thread on the Aka ("Pygmies") and how their lives have been changed by world economic forces, even when they were mostly hunter-gatherers.

The old hangar at Miramar Naval Station that used to host the Top Gun school is supposed to be haunted.

We have so many clothes that disposing of them has become a big problem for the first time in human history. Most "donated" clothes end up in landfills.

Interesting conversation at Vox about what "postmodernism" is and how it was captured by capitalism, aka "neoliberalism."

NY Times story on the feral donkeys of Death Valley, which the National Park Service would like to exterminate. But a new study says they cause the most trouble in the parts of the park where there are a lot of people; in the remote areas their numbers are controlled by mountain lions. Ungated article here.

Jennette McCurry (Sam from iCarly) has written a memoir about the miseries of being a child star titled I'm Glad My Mom Died.

In the early 20th century working class people from London used to go down to Kent for a week or so to pick hops for cash, earning money and getting out of the city for a while. Spitalfields Life has numerous photos from the 1950s.

Clear crystal quartz found at a Neolithic ceremonial site in Britain, and evidence that the stone was worked at the ritual site. As if making tools from this special stone was a ritual in itself.

These days some American liberals have had it with the Constitution and want to jettison it; after all, why should be governed by rules dreamed up by rich men in the 1780s? Why argue over the interpretation of a document manifestly inadequate for our times? Against this you might offer that very, very few governments have lasted as long as ours has, and that stability has a real value. I think what really bothers these critics is their inability to translate their slim electoral majorities into policy change (NY Times). 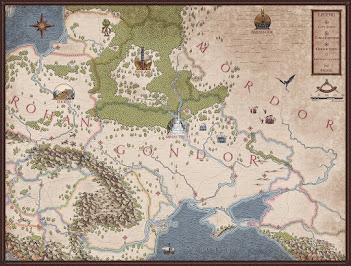 As of August 12, at least 1,000 Russian officers have been killed in Ukraine, all confirmed by funeral notices and other Russian sources. The actual number is much greater, since new names are still being added from as long ago as March.

Excerpts from the memoir of a Russian soldier who fought in Ukraine but has turned against the war.

Russian reporter posts photographs of a Wagner group headquarters to Telegram with the geolocation tags still in them; Ukraine destroys the building with a missile two days later.

New strategic situation update from Jomini of the West.

Ukrainians crowdfunded access to a satellite that can produce hi-resolution radar images of the battlefield.

Perhaps it is worth pointing out that the opinion piece about jettisoning the Constitution is written from an explicitly progressive point of view, farther left than what I would call a liberal one. That is, its goal is enacting policies more radical than those a lot of liberals support. The constitution's anti-majoritarian structure probably does give MAGA more institutional power than it would otherwise have (most obviously in the Senate). But without its protections--that is, under simple majority rule--a lot of leftism might well be simply banned. And liberals and even leftists may well rejoice in those protections after November.

Leftists (I don't mean liberals, who are really very different creatures) are often characterized by a strange, self-destructive instinct--as though they really just want to re-enact the Paris Commune over and over and over.

FWIW, the more I think about it, the more important I find it to distinguish between leftism and liberalism. "Defund the police" is a leftist slogan. But the police are a liberal creation, both in historical fact and in basic philosophy (even if liberals do not approve of the more brutal, rules-breaking aspects of practical policing--which of course is what MAGA likes about policing). The current alliance between liberals and the FBI is a very natural one. Liberals are procedural institutionalists. Leftists want to be wild in the streets. Their positions on issues like race and gender, and a good deal of their aesthetic, are very, very different from MAGA. But leftists and MAGA have much in common--their instinct for performance, their preference for action over procedure, their fondness for rule-breaking, their emphasis on purity, etc., etc.

Yes, the far left has lost its mind, similar to the far right.

"We underrate the pleasure of sitting and thinking"

This is kind of a bizarre conclusion to draw, given what they describe the test as being.

"Participants (university students; total N = 259) were asked to sit and wait in a quiet room without doing anything. Across six experiments, we consistently found that participants' predicted enjoyment and engagement for the waiting task were significantly less than what they actually experienced."

They're saying they had people wait around before they were assigned a task, and while they were waiting they were hoping the task would be enjoyable and engaging, but then when they actually got to the task, it didn't live up to their hopes.

That's nothing to with "the pleasure of sitting and thinking", that's people feeling like their time was wasted and they didn't get as much out of their investment of time as they'd hoped. Without knowing what the task was, it's hard to gauge whether they were justifiably disappointed or not, but regardless, this looks overwhelmingly like a sham of a "study" designed to "confirm" someone's preconceived notions.

"Look, we put people in a room without explaining why we were wasting their time, and they browsed their phones while waiting instead of 'sitting and thinking', and then when we revealed the disappointing reward for their investment of time, they were disappointed! Clearly the problem is that they didn't 'sit and think' enough, or they'd have been happier!"

Hrm, I think I misunderstood their wording with "the waiting task", to refer to an "awaiting task" rather than "the task of waiting". Disregard the above.

"Russian reporter posts photographs of a Wagner group headquarters to Telegram with the geolocation tags still in them; Ukraine destroys the building with a missile two days later."

It's worse than that - forget geolocation tags, they posted a photograph WITH A CLEARLY VISIBLE STREET ADDRESS on a placard mounted on the side of the building. The total lack of concern for operational security is insane, particularly compared to how incredibly careful the Ukrainians are about the exact same thing.