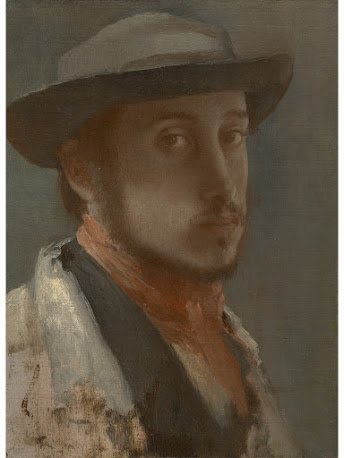 Institute for the Study of War assessment of the Ukraine war as of yesterday.

The Canadian "trucker" protests as the latest conflict between two economic and social factions, Virtuals and Practicals.

Medieval gold brooch inscribed with Latin prayers and Hebrew letters may have been an amulet against disease.

Mitch Debrowner's remarkable black and white tornado photographs. And many more storms at his web site.

"A lot of athletes fall into a deep depression after the Olympics."

Lots of debate over whether there really was a "great resignation." Or maybe a "great retirement." I find it interesting that despite all the data we collect about employment it is still difficult to find out what the numbers really say about a turn away from work. Surveys say a lot of people are quitting, but those numbers don't align with the data on how many people have found new jobs, left the work force or retired. So where did they go? One important detail is that data sets being used now to talk about "record" resignations only go back to 2000, so other eras when there was a lot of work turmoil (1945, for example) aren't in the data.

The tidal swamps of Delmarva are remarkably diverse ecosystems, jewels of biodiversity just a few miles from Washington, Baltimore, and Ocean City. But their stability depends on ash trees that grow in the tidelands, and the ash trees are fast disappearing under the assaults of the invasive emerald ash borer. Nobody knows what will happen to these places when the trees are gone. (NY Times)

Linguistic analysis of word use patterns etc. may have identified the anonymous Q whose posts started the QAnon movement. (NY Times)

Long Vox piece on air pollution in Africa and South Asia, and the difficulty of reducing it.

In the US today, 21% of black people are immigrants or the children of immigrants. I find myself wondering what effect this influx of Caribbean and west African people will have on black culture in the US.

Desertion by black soldiers in the US Civil War. Besides all the reasons white soldiers deserted, some blacks found the Army all too much like slavery.

Lead seal from a papal letter of 1334 found in Sweden. And since the Pope didn't send many letters to Sweden, we know exactly which letter it came from.

Diatoms on skeleton confirm that a Neolithic Chilean fisherman died by drowning in salt water.

American Indian women go missing all the time, and nobody knows what happens to most of them. Some probably just move to the city. But this story makes it sound like complications of identity and questions of who really lives where – on the reservation or off? and which reservation? so which police are responsible? – lie behind some of the missing person posters. Reservation communities have all of America's social problems, including violence, family breakdown, and mental health crises. Tribal leaders of course see stronger Indian identities and stronger tribal institutions as the solution, but some people rebel against that kind of togetherness and are drawn to the anonymity and freedom of city life, especially after fights with their families or lovers. So they vanish. And given the troubled backgrounds of some of these women it is easy to imagine that some may come to bad ends. I know suburban white folks who wish they were part of a strong community with its on traditions and its own spiritual path, but in practice some American Indians end up divided between two worlds and not at home in either.

After fifty years of struggle, activists and loggers are still fighting over California's redwood forests.

The famous "marshmallow test" study, which found that toddlers' ability to resist temptation predicted their future educational and economic success, has failed a major replication.

The problem of succulent plant poaching.

Technical but fascinating article by Gregory Cochrane and colleagues about how doctors learned to distinguish between infectious diseases, genetic conditions, and environmental causes like poisoning or vitamin deficiencies. The authors predicted, twenty years before it was confirmed this year and without any evidence other than general patterns of occurrence, that multiple sclerosis was caused by defense against a viral infection.

Spanish treasure galleon call the San José, sunk by the British in 1708, has been found in Colombian waters with billions in gold and silver aboard. The Colombian and Spanish governments both claim to own it, and an indigenous group from Bolivia has also filed a claim on the basis that their ancestors were forced into slavery to mine the silver.

San Francisco is surely the most progressive large city in the US, but voters are frustrated over problems with the homeless population and a general sense of disorder, and the mayor is changing her message to talk about more police presence and tougher enforcement. If progressives can't keep the streets safe, voters will turn to "tough on crime" conservatives. I think this matters a lot because our problems with mental illness, drug addiction, and homelessness are not going to get better any time soon, and the urban future will belong to the forces that cope best. I am not saying conservatives necessarily have better ideas here, but people will not stay loyal to a party that isn't keeping order. (Washington Post)

Meanwhile in London: the 18th-century workhouse that probably inspired the one in Oliver Twist is now being renovated into luxury condos. Dickens used to live down the street, and one of the real details he put in his story was the house rule that second helpings were never allowed. Wits say the slogan of the condo sellers will be, "Yes, you can have more!" (NY Times; wikipedia)