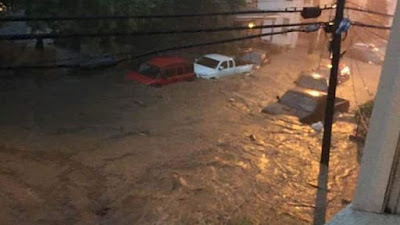 Ellicott City, the little historic district just two miles from my house where I have been hanging out for decades, was last seen here as a Pokemon mecca. Saturday night it was ripped up by a flash flood that killed two people. 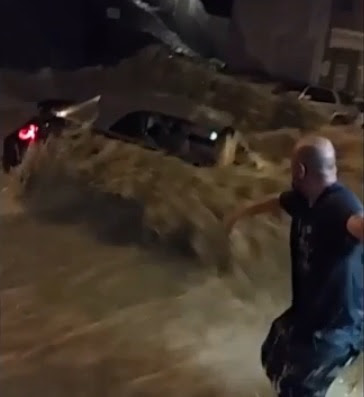 Scene from a video of men forming a chain to rescue a stranded woman from that car, which was washing down the street. Ellicott City is built on a slope rising up from the Patapsco River, and normally when it floods it is because river water is rising up. But this water is flowing downhill toward the river; this is a little tributary called Tiber Creek overflowing its banks because of heavy rains uphill. 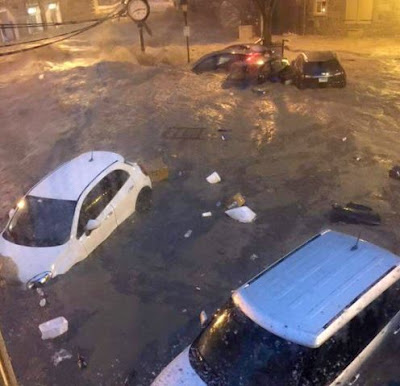 But this is down by the Patapsco and it shows that the river also flooded into the town. So the town got slammed from both sides. Wow. 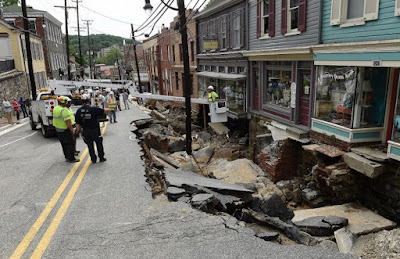 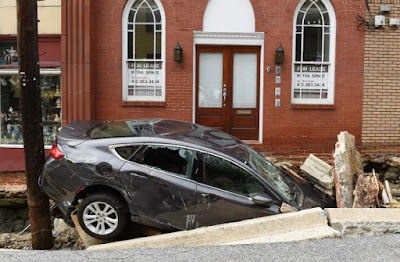 It looks to me like the most significant damage was done to the street and sidewalks, which were catastrophically undermined. Nothing else can really be done until they get Main Street open, since it is pretty much the only way in or out of town, and that is going to be a big, big job. Until this gets repaired, there is going to be a hole in my life, and one of the main routes I use to get anywhere is going to be blocked.
Posted by John at 4:57 PM

All of written history behind us, and we still struggle to cope with floodwaters.

I suppose humanity just collectively finds it easier to rebuild and repair when these things infrequently happen, rather than go through all the effort and inconvenience of building in such a way as to protect against them on a more permanent basis.