The Capuchin Catacombs of Palermo 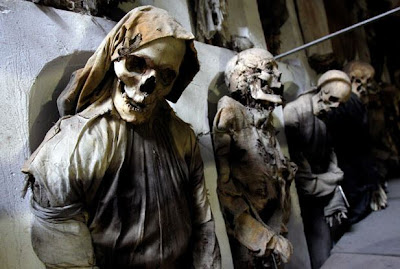 One of the most famous stops on the creepy tour of Europe is the Capuchin Crypt of Palermo in Sicily. The city's Capuchin friars began digging the catacombs in the 16th century to bury their own dead. Nobody knows why they started embalming the corpses and standing them in racks, but the practice goes back at least to 1599. 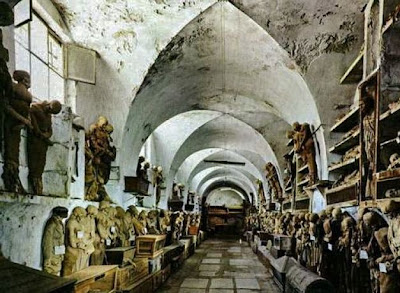 All of the bodies were dried on racks and washed with vinegar; later, more elaborate methods were used, which resulted in the freakish preservation of some bodies. 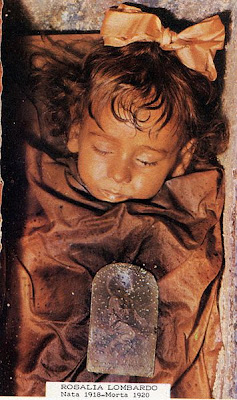 This is the famous body of Rosalia Lombaro, entombed in 1920, photographed in 1995. 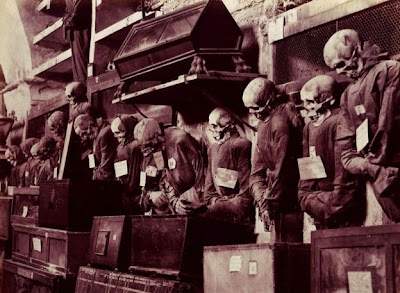 At first the catacombs were only for friars, but when wealthy patrons began asking for burial in the crypt, the friars obliged -- for a price. To keep your grandmother standing in a rack or laid out in a glass coffin required an annual donation, and if the family stopped paying the corpse was staked away on a shelf. 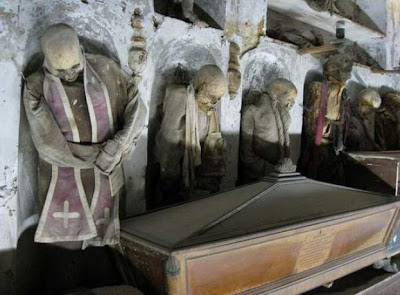 Burials stopped in the 1920s. The catacombs are now open to the public. The rules say that photography is forbidden, but to judge from the number of pictures I have found in a few minutes of searching, this rule is enforced about as well as Italian traffic laws. 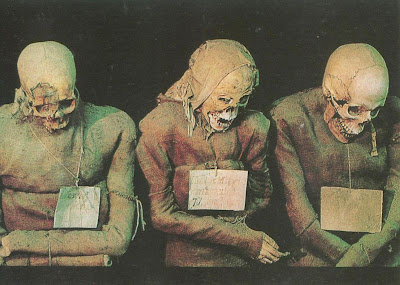 The number of different ways we humans have responded to our dead fascinates me.
Posted by John at 9:00 PM